Some Progress with Rosco - Bloating

We've been working with a homeopath vet called Tom Farrington in Cork. We've been trying remedies such as slippery elm, carbo veg, nux vomica and lycopodium to date.

The 1m Nux Vomica was good for treating the big bloats and gave Rosco relief within 15minutes or so, it was fast acting but didn't help much towards preventing the bloats. Rosco had some massive bloats in those weeks and I was glad to see the nux vomica working. It was very stressful for him and us and I thought he was a goner once. After the bad bloat we were then sent 10m Nux Vomica but thankfully I haven't had to use that since as it's for emergencies.

Tom and I started to discuss Roscos personality and Tom thought we should give the Lycopodium 200c a try..once a day for 3 days. The main physical symptoms endured by lycopodium are digestive disorders accompanied by too much bloating and formation of gas in the gastro-intestinal tract. Also voracious hunger that is followed by uneasiness after the person has eaten only a small amount of food (Rosco is getting 3 small feeds a day). Symptoms are also at their worst between 4-8pm each day which they are as Rosco tends to bloat in the evening. He was also anxious about his illness and wanted to do his best and was feeling left out.

We've been using this remedy since Wednesday and Rosco is doing well...we've had 3 bloat free days in a row. This remedy appears to relax Rosco and deal with the gas before he gets into a bloat. Stress is a trigger with the bloating as we've learned and this remedy is used for dogs in stressful situations aswell. I'm delighted to see us getting somewhere with Rosco and hopefully he'll continue to do better. The bloating can't be cured but it can be managed. His mental state is also important as since last week we started to let him go for a short cani run with another dog. This should help him feel part of the pack again and build his confidence.

The food he does well on is beef mince/chunks mostly and lamb. I'd try and give him lamb with bone in the evening something like a lambs neck. The reason for this is it takes longer to eat and the chewing helps to relieve stress build up. We have to stick with this diet of raw now for the coming weeks before we add anything else. The key is talking things slowly by adding certain proteins to see if they are a trigger. We also add one charcoal capsules to every feed as charcoal is good for absorbing gas.

We really don't know if any damage has been done to his stomach nerves to date...but what we can do is continue to give him the best quality life we can. At one stage we thought putting Rosco down was the best option due to the chronic daily bloating but when you looked into those loving eyes and seen him playing we knew to continue trying. Rosco is a fighter and we will continue to fight for him.

I'd advice everyone to have nux vomica at home as it can be a life saver if your dog starts bloating. The tablet form is better than the sprays we've found. 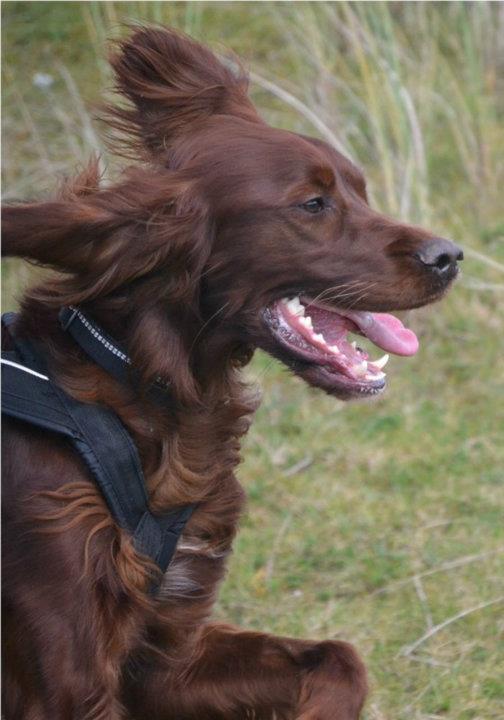 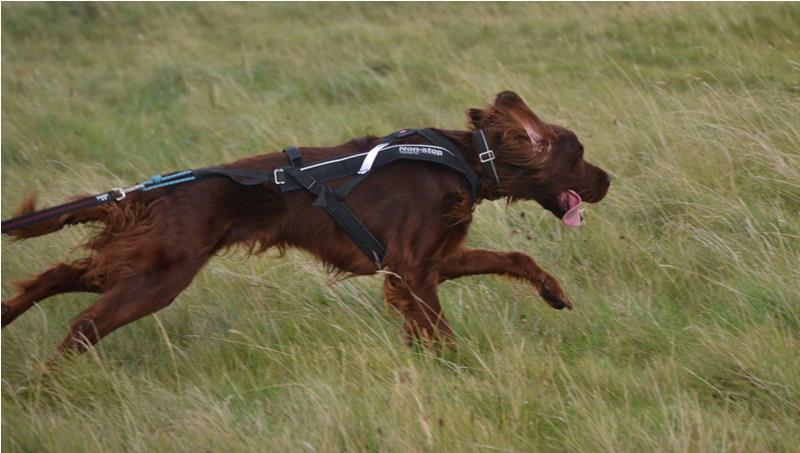 and all going in the right direction. I hope Rosco is on the road to recovery, a very fine looking dog. The Nux vomica sounds worth keeping in the dog medicine cabinet.

I'd add that we had a fair few food related probs with Phil when we got him. He was a "rescue". The original owners had a pub and I don't think could cope so various regulars tried to keep him. This resulted in a mish-mash of diets, attempted training from dog illiterates and Phil finishing up in kennels for a "few days" that turned out to be 5 weeks. He came to us very underweight (hence Phil for filling him up), with the parvo virus and a real need to run!

To cut out the ups and downs...we feed him with his bowl on a chair. This way he eats and doesn't inhale too much air as he shovels the food in. He makes a fair mess but no problem! After food he now stands with his front legs on a chair and has a small bribe (carrot/vegetable (not potato)), then he'll burp. A bit gross but it works, if not he'll get his ribs rubbed and he'll happily burp!

As to food he gets fed first thing in the morning, and again in the evening. We give him Autarky (a complete food), with water added. This is it - no daytime treats like biscuits, bread, rice cakes, chocolate etc as we've found that its these extras that upset him. He might get a little meat fat or gravy on his food.

He doesn't get walked (or taken for a run!) an hour before or for 2+hours after food and he won't take treats from others either

I think the stress thing is worth following through, Phil took months to settle and to trust us, he still likes to eat knowing we are around (he eats in the kitchen). In this time we tried various foods - meat, chicken and rice, even tinned food! but the Autarky worked - no diarrea (spelling) no blood and he put weight on. He's almost 4 and around 26kg.