Abbey went to her first training evening(for hunting qualification) and enjoyed it a lot!! Thanks to Marc Ruymbeke for the training session and the photos!! Look forward to next session!!!!… 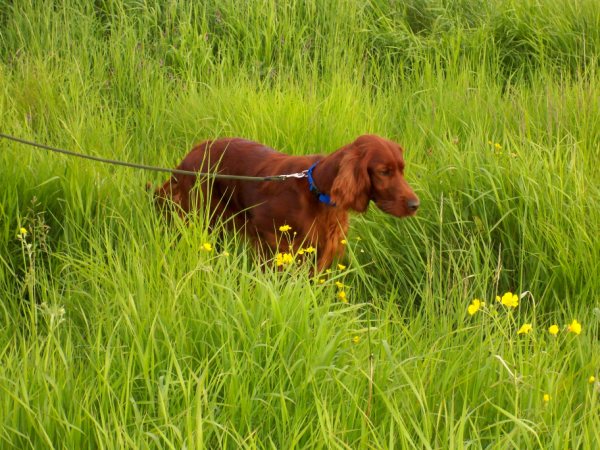 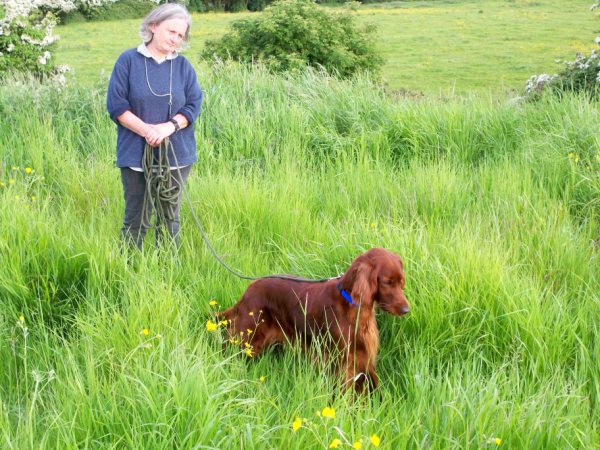 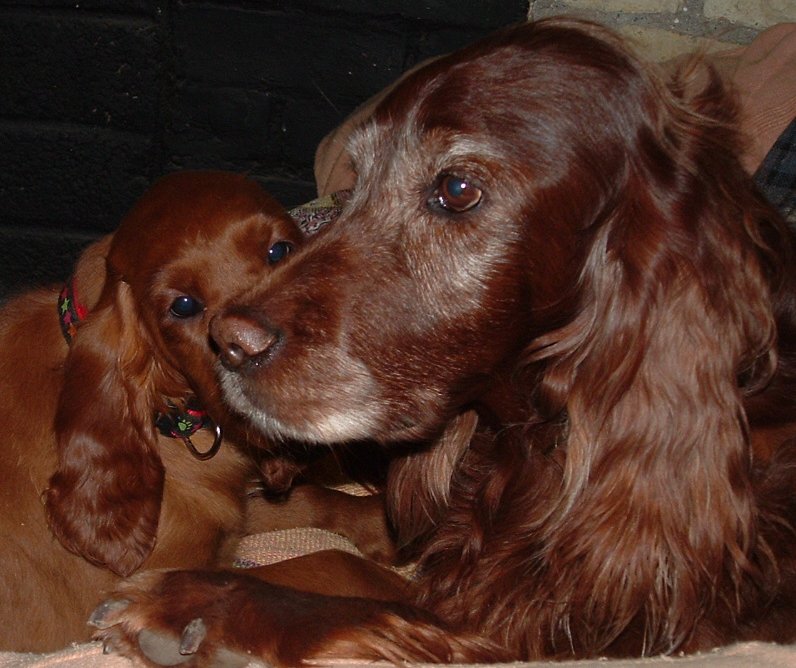 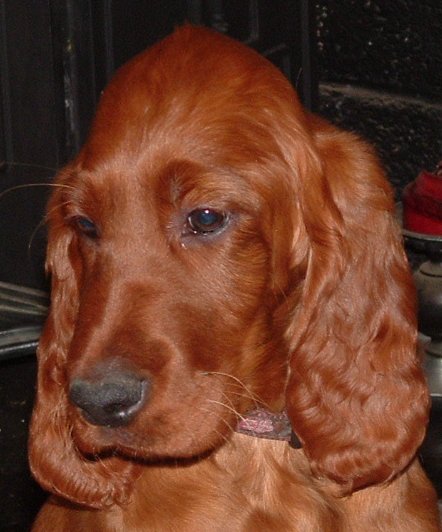 Pups have landed in USA;o)) 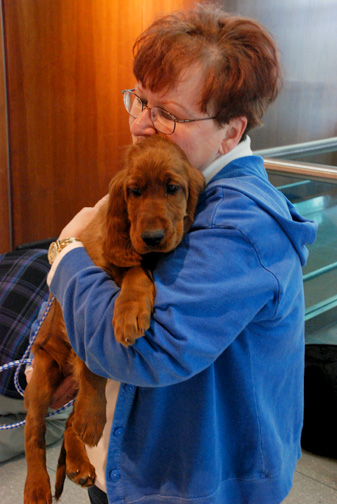 Critique for dogs is now published at www.dogworld.co.uk go to Irish setter section and then to show reports!! 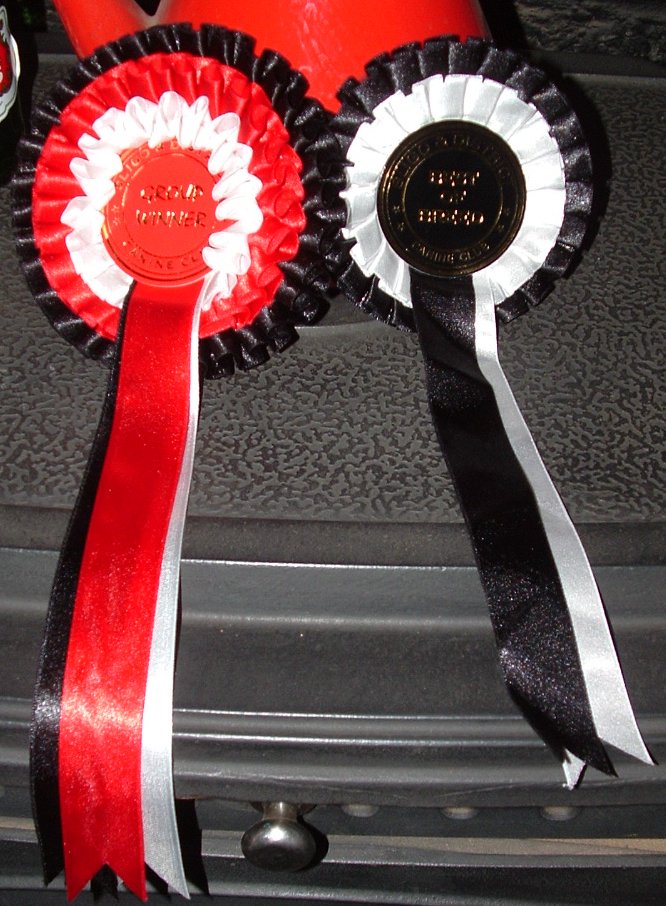 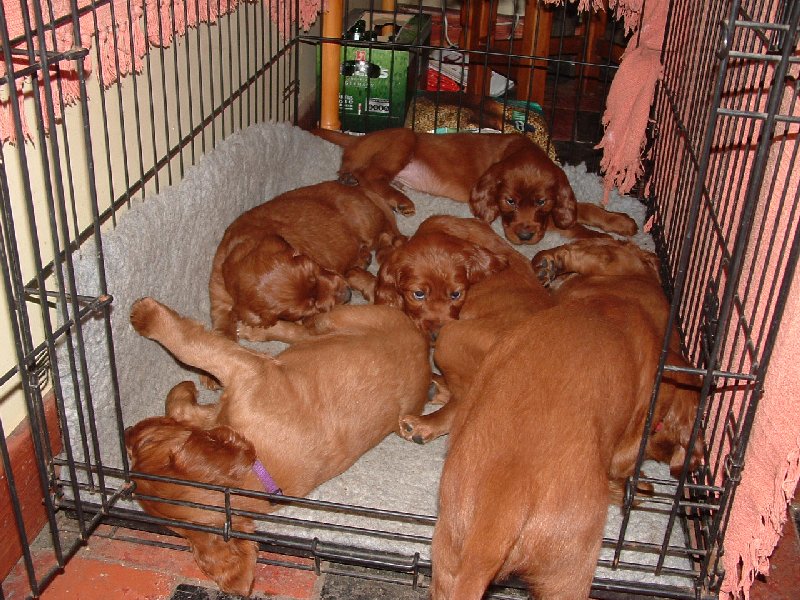 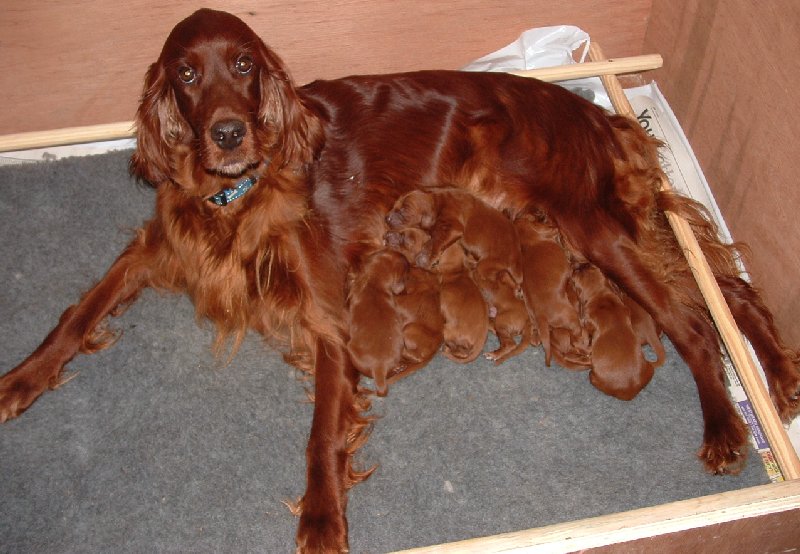 Cara and Ringo would like to introduce their new family of 6 boys and 3 girls!! They were born on 16/01/10 and Cara is a super Mammy!! And Granny Rua is thrilled too!;o))… 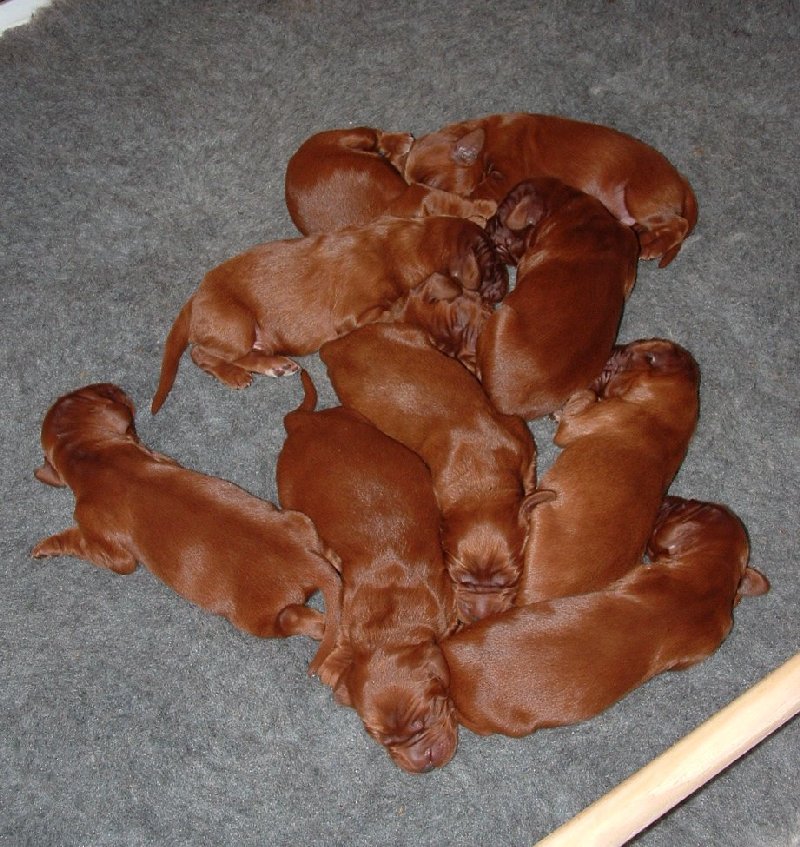 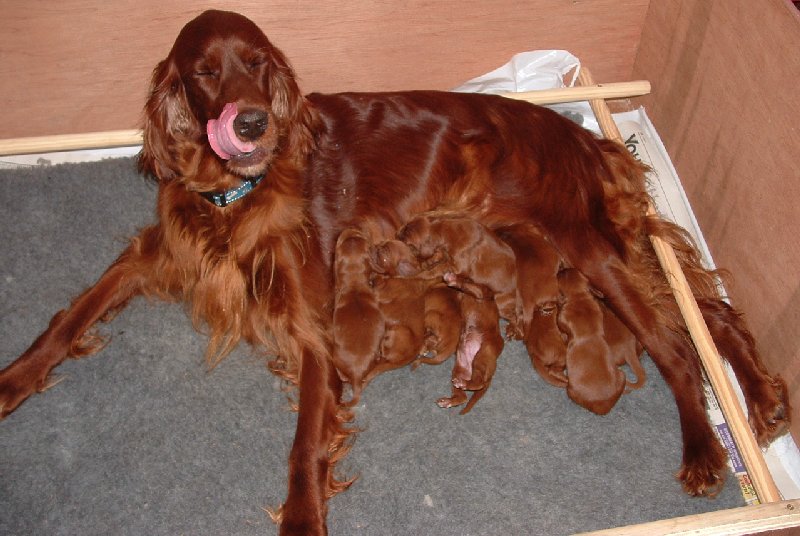 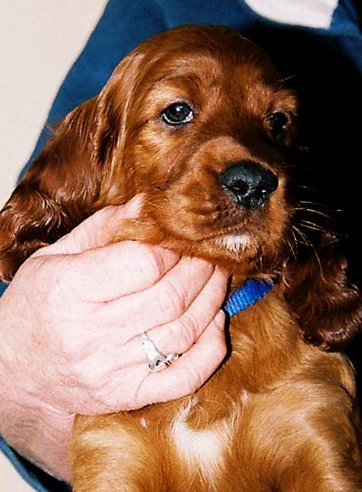 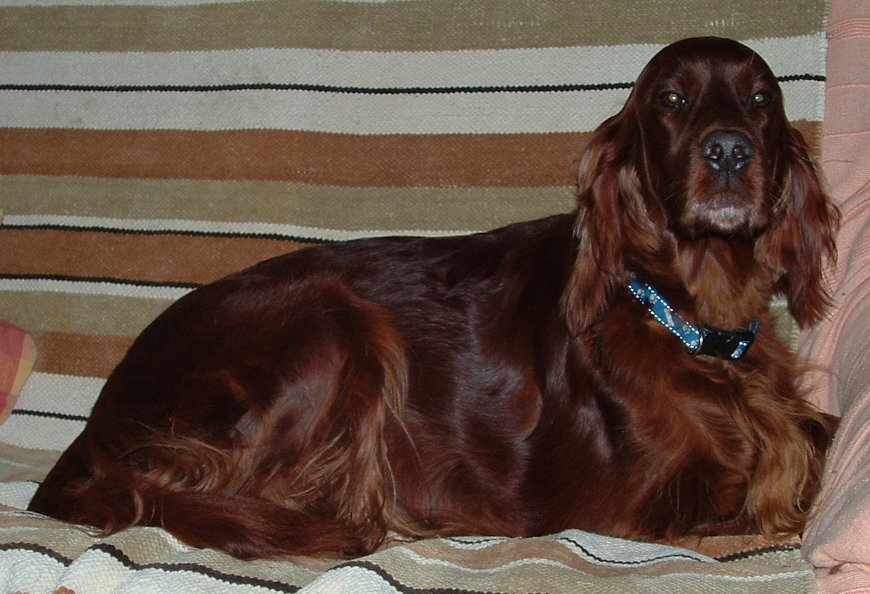 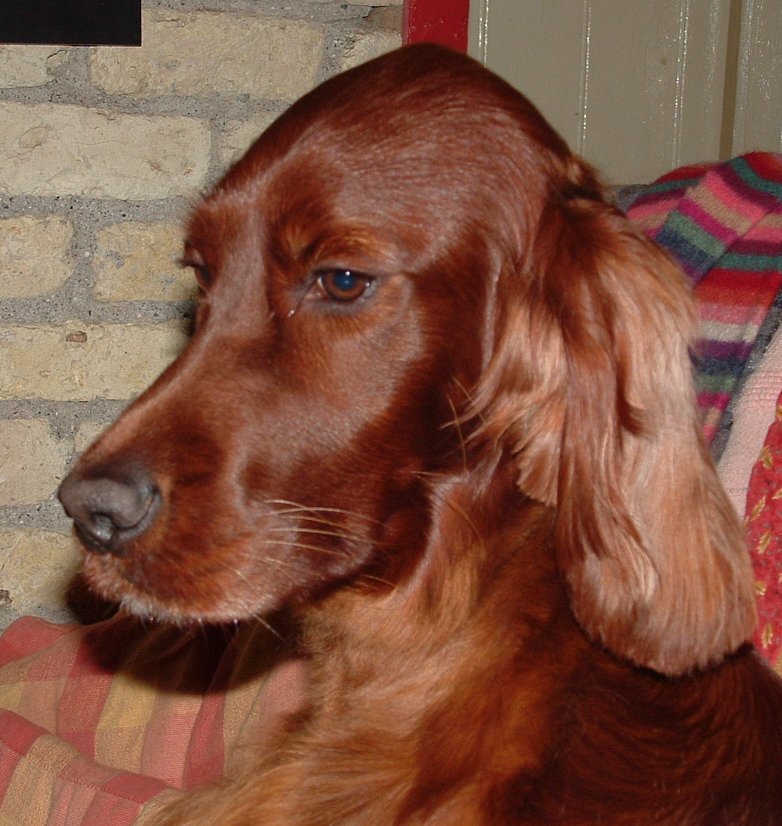 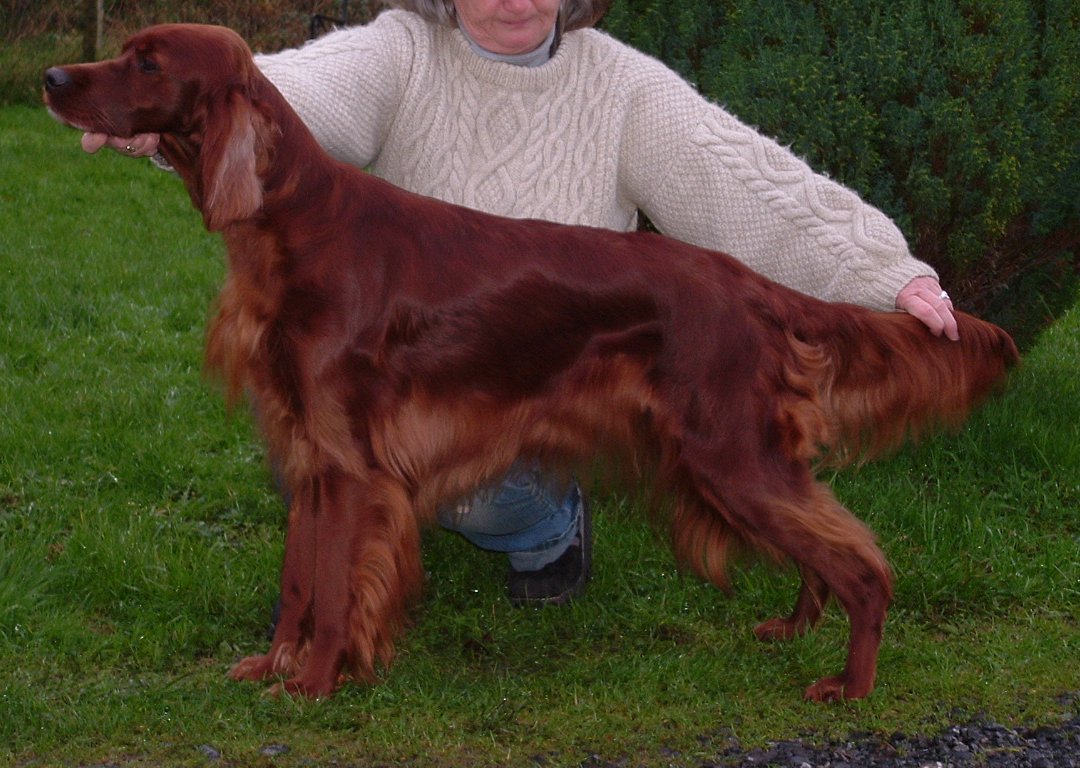 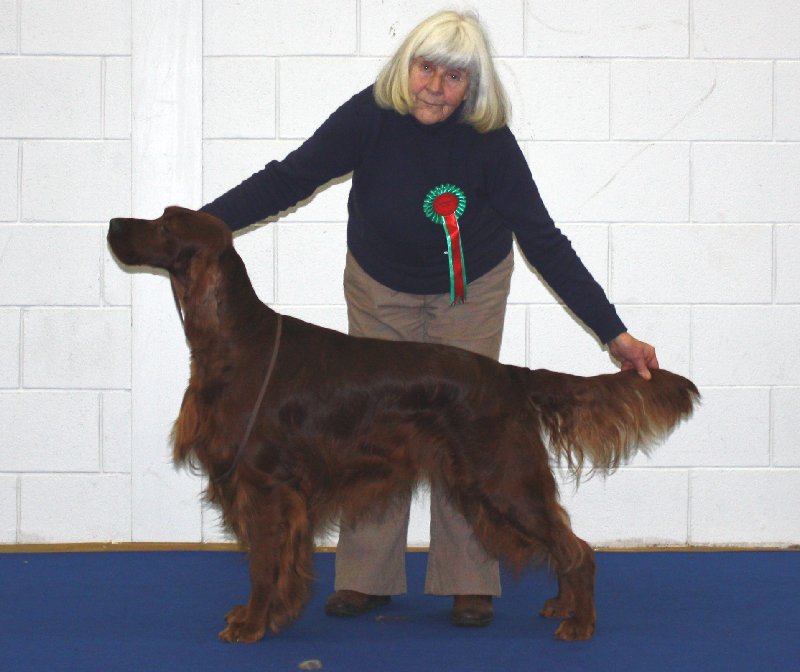 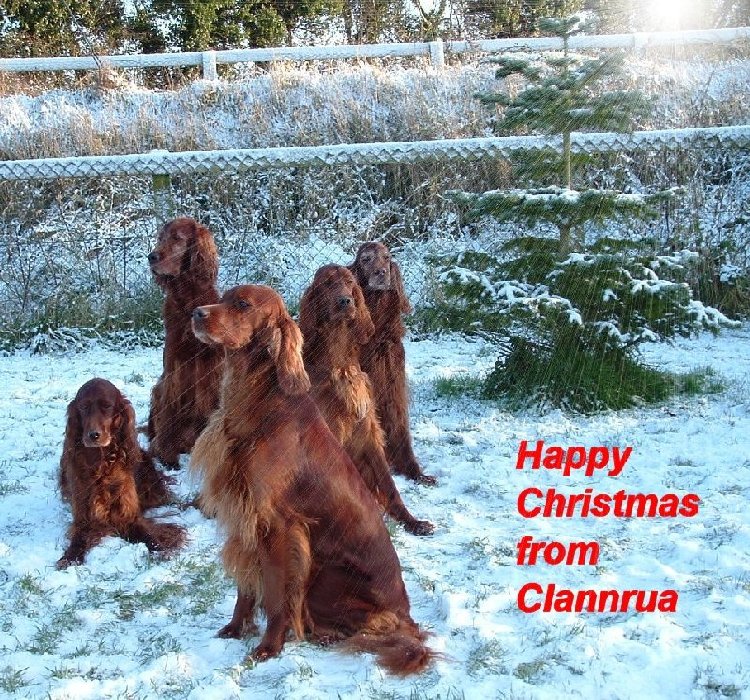 Just enough snow to do the Christmas photo this morning!!!!;o)))

My new website is now published with just a couple of pages still "under construction!!! This is my first time doing a website so forgive it's simplicity (I am new to computers!!) Enjoy!! It will improve with age, like a good wine;o))))
www.clannruakennels.ie

Happy 5th Birthday to Rua's 1st litter, including Milo and Megan!!! Love you all lots!! 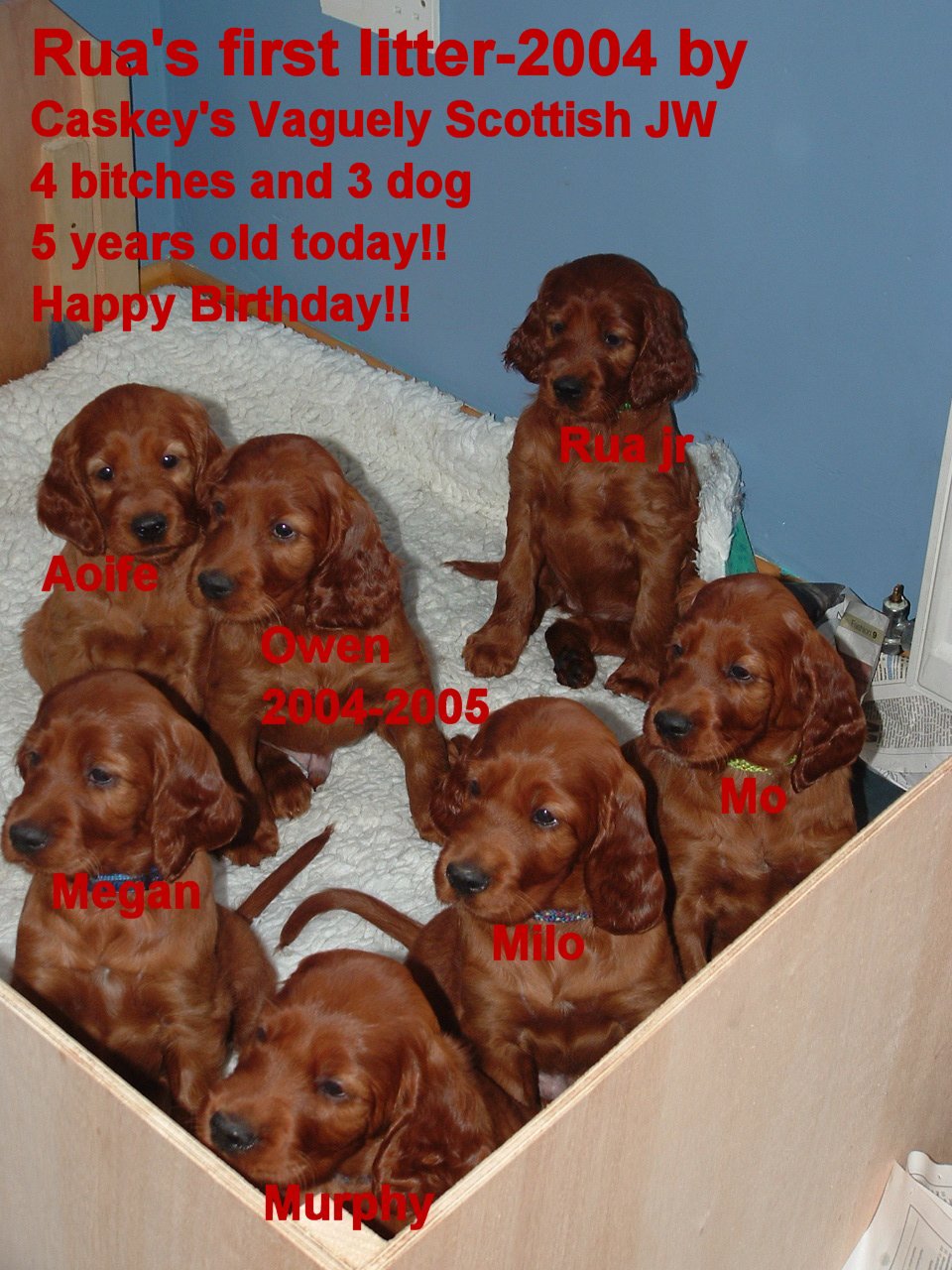 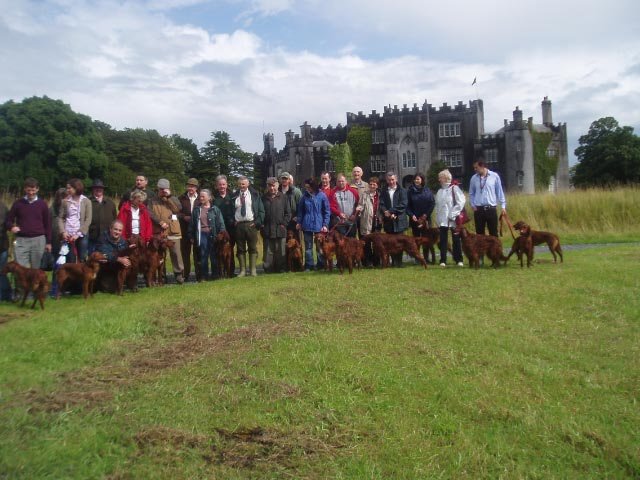 Group shot of everyone and their dogs(15 dogs) at Birr Castle-more photos on www.irishredsetterclub.com 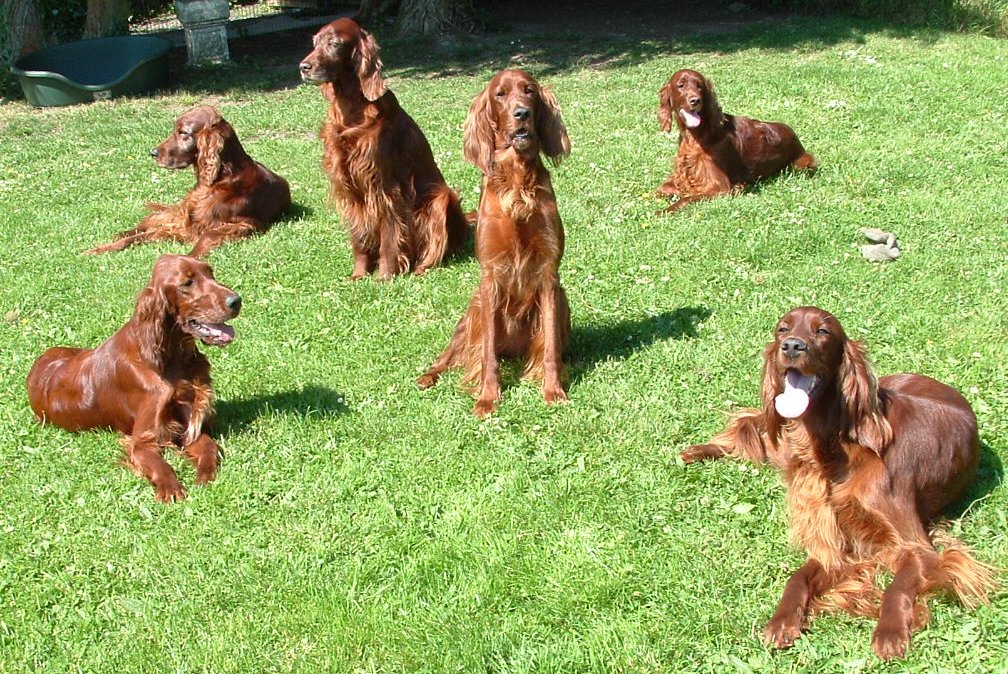 A setter get together for Abbey's 1st Birthday:Left to right-Abbey, Milo, Rua, Molly, Megan and Cara!

A little true story I heard yesterday about a sister of Abbey's, named Penny!! Penny's owner Dónal got a few new hens recently!! On three seperate occassions Penny carried a live hen to their back door, where she left it unharmed and stress free(quite tame birds!!) The little hens just walked away and are now laying eggs as if nothing happened!! I hope Penny continues to be that gentle in future!!;o)) 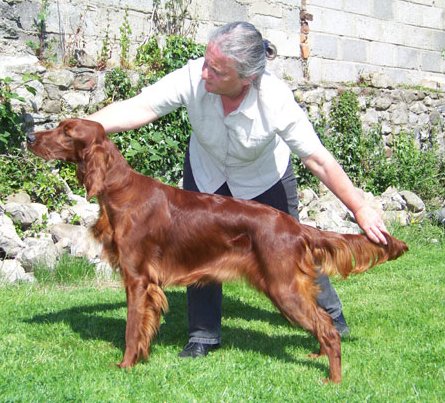 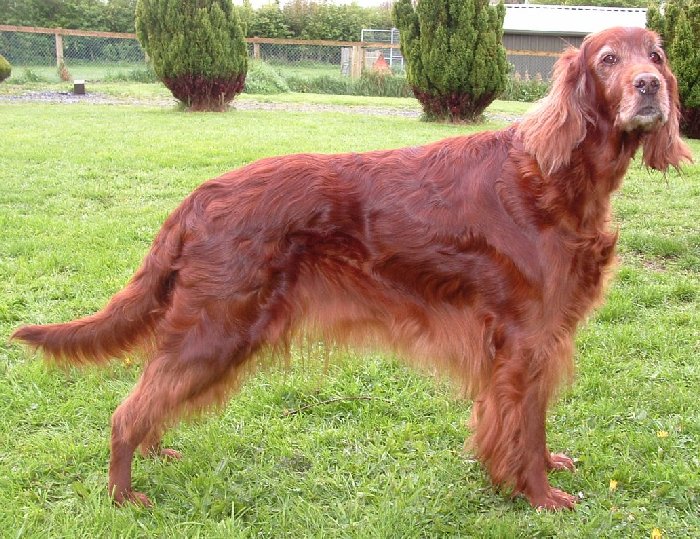 The Rua girl can now go into veteran class from today!!;o))

No brilliant results, no photos!! But Abbey's first show was great for all the right reasons(she had a brilliant fun day!!)
Was delighted with how she behaved in the ring having never been in one before, and also her first time indoors!! She was a perfect puppy for me!! She was 2nd in her class and graded very promising(good enough for me!) But the rest of the day was super, she did lots of meeting and greeting both 2 legs and 4 legs. She would have gone home with everyone she met!! She… Continue