This boy may only have until 4pm tomorrow to be offered a home.

PLEASE CAN ANY ONE HELP HIM…

It is now 4 weeks since Victor , the Irish Setter, vanished from his owners in Beaminster, Dorset. Someone out there must know what happened to him.
If you know where he is and can get him back to either his owners or us please pm me and I will arrange a contact in complete confidence.
There is no way a dog of Victor's size can just disappear without trace. He may have been stolen, he may have…

Please please share this post and if you live in Dorset spread the word, this boy needs to get home.

can anyone help this 18 month old English setter. This was posted on Face book by Toni Davis Olson

I liked this group awhile ago and thought I would post in hopes that someone could help. My husband and I live in Summerville, South Carolina and are looking for a new home for our English Setter. We rescued him a year ago from a horrible situation where he was being neglected but find ourselves unable to keep him now. He is a year and… 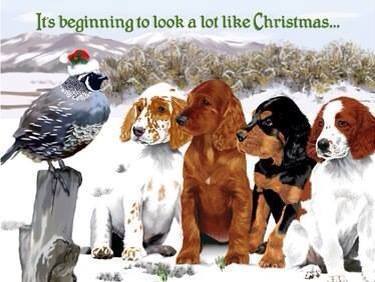 I entered a competition

I entered a Picture of Elsa in a competition, just for fun.

If you would like to vote for her that would be really nice. You can see the picture and vote at http://moderndogmagazine.com/photocontest/entry/elsa-4?thank_you=/photocontest

I wanted to make a memorial to Abbie, so I have been playing with some pictures. Very sad that I did not have a camera when she was small.

This is my tribute to my first irish who left us in November.http://youtu.be/Jy3J0FGvZLs

It is with a heavy heart, we said good-bye to Abbie today. We will always love and remember you sweet princess. 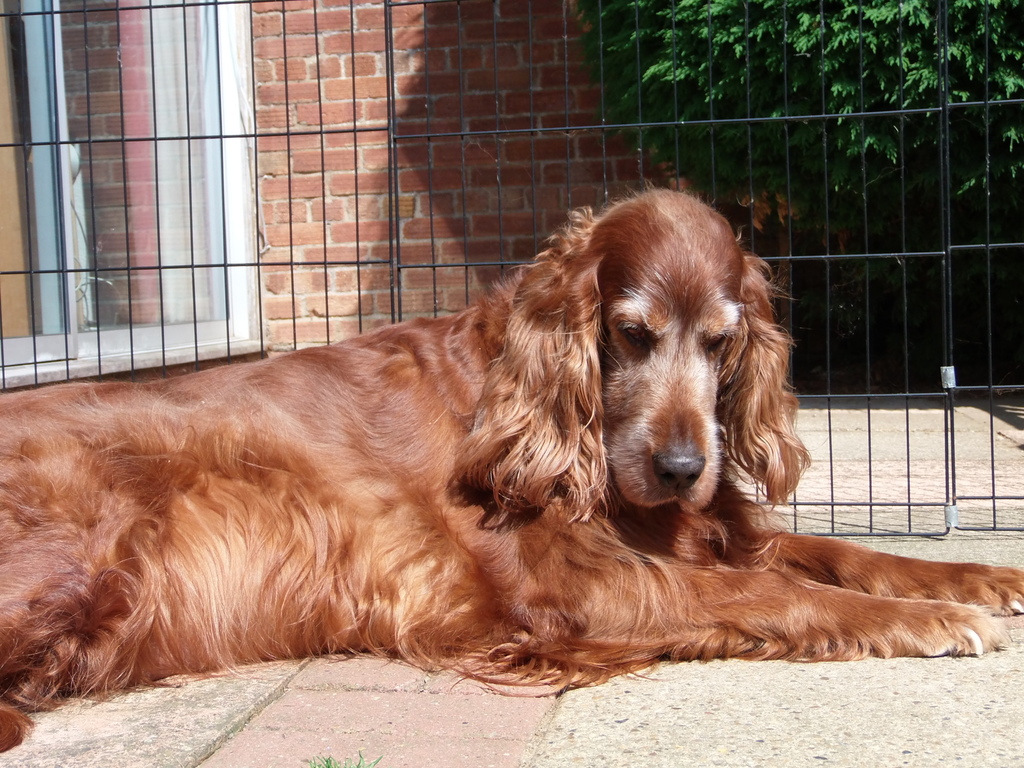 My beautiful Elsa will be 1 tomorrow. Happy birthday sweet baby.I love you so very much X.X

Also happy birthday to all 13 of her siblings. Thank you to her breeder for trusting me to give her a good life. Lots of love from us all, you are both the reason we want to get up in the morrnings thank you for being our best friend`s.XXXX 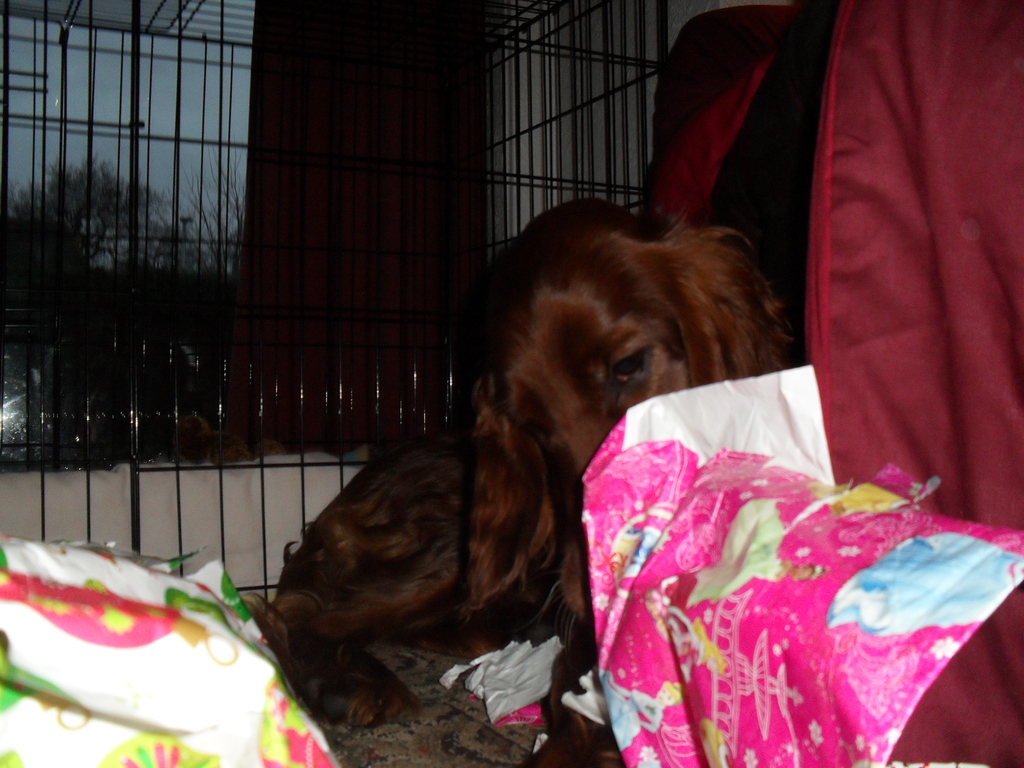 Elsa is sorry for opening your presents, but I will keep the cake away from her…

Elsa is nearly 10 months now, last night in the fields she was just wondering along looking for rabbits as she does with the wind behind us. Suddenly she went further into the field in a large loop back the way we had come she slowed down and stoped after a while ( thought she had found a rabbit ) then she moved slowly forward, and up from the ground about 1 metre in front of her flew a large pheasant. For another 5 minutes she was hunting for more, very excited and pleased with herself she…

In October 2003 my grandson died at 8 months, this left a very large hole in my world. I had been considering getting an Irish setter for some time and in July 2004 I got Abbie to help fill that gap.

(maybe not the right reason to get a puppy).

I saw a litter advertised in June and arranged to go and see them. I arrived at a lovely country house with a…

Today it is 2weeks since I moved in with my new family,and I played with Sofie for the first time!! 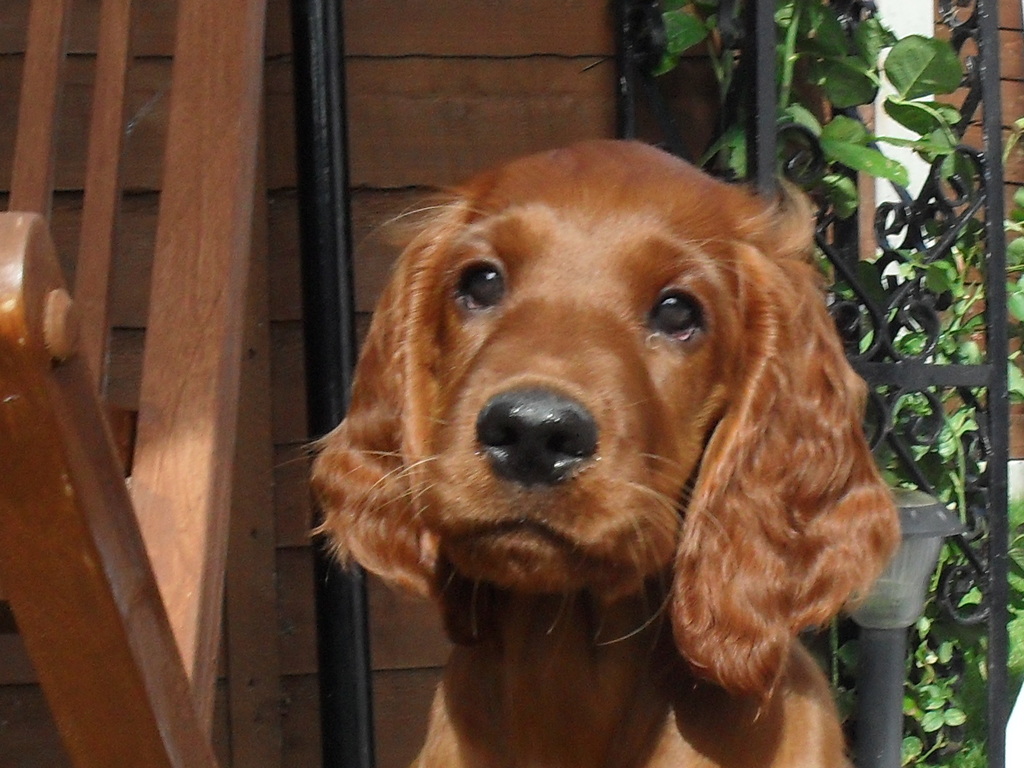 We are now the famous five

Yesturday we collected Elsa, she is realy good and we all slept last night !!

Abbie & Sofie are afraid of her hope they soon get used to her. 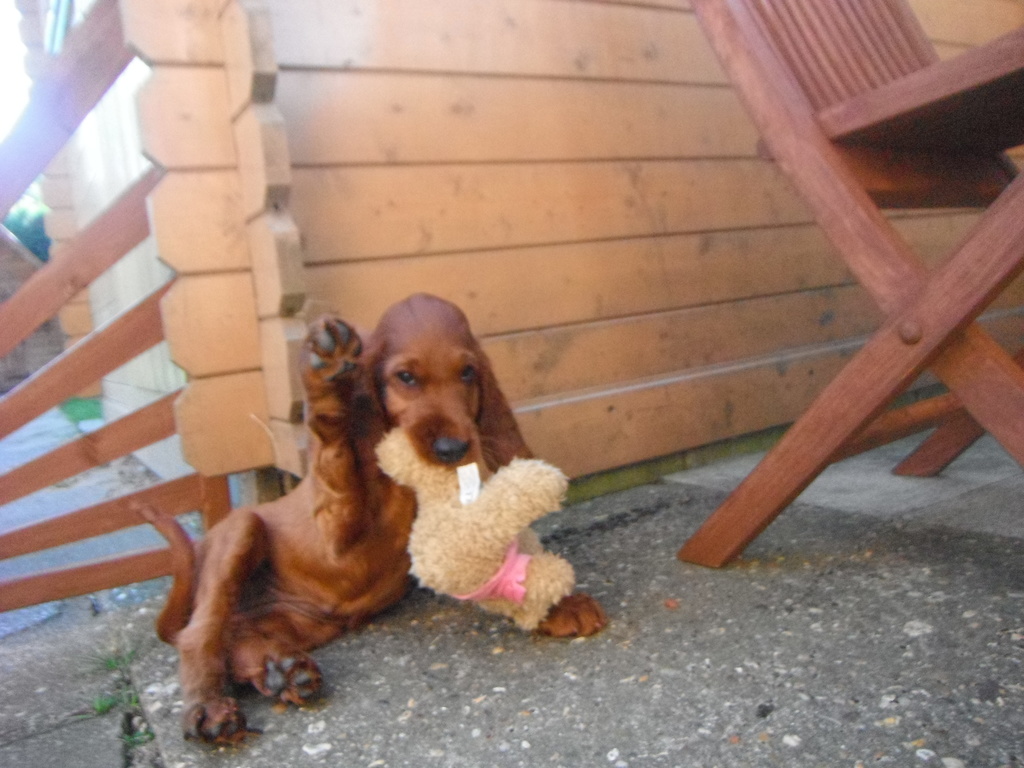 "I THINK DOG OWNERS SHOULD TAKE AN EXAM"

I read on Yahoo ansers sight the following text: And can`nt believe that any one even if they didn`t know about bloat, would not be able to see this dog neaded URGENT vet help! There is a clue in her question.

To go on to this sight and type all this text. It`s unbelievable

HAPPY BIRTHDAY TO MY BEAUTIFUL GIRLS

Abbie, 8 today against the odds.

Sofie, 5 today who will always be a puppy… 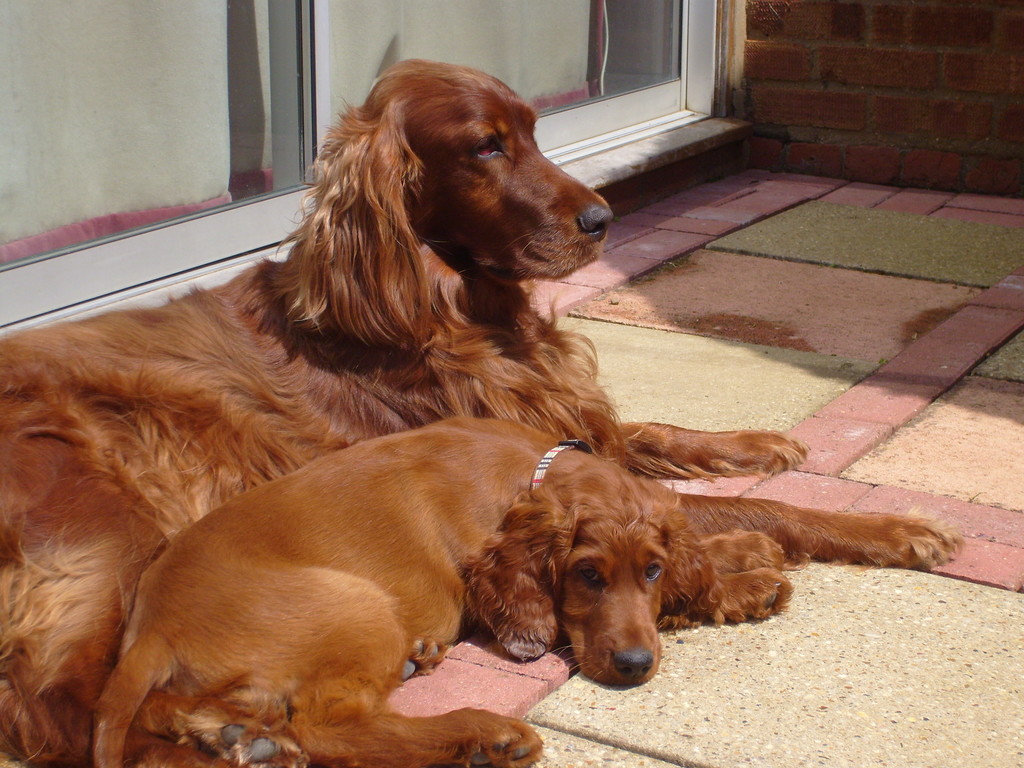