This year's Easter bunnies are: Winnia & Rodrigo (the usual team ;)))) and guest star - Gabi (bullterrier bitch of our neighbour, good friend of our dogs :) 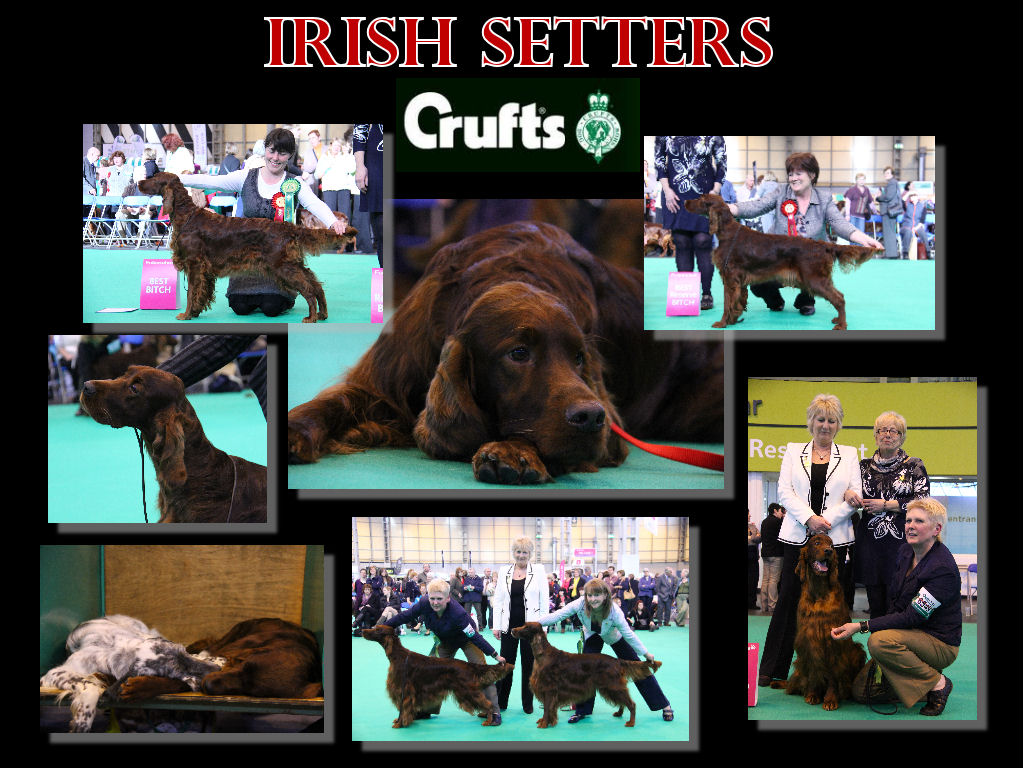 Photos of irish setters from Crufts 2012 are now available on my website www.diervilla.pl

Unfortunatelly I didn't have time to name all ophotos with dog's names. But I have added to my facebook profile full catalogue scan (for those who were not at Crufts and would like to trace some dogs from the photos).… Sorry to break the rules and post something that doesn't concern setters, but many of you my friends are not on Facebook and I wanted to share this news with everyone, as this is a result I never dreamed about - my flying dachshund Rodrigo (Alpheratz Donrodrigo) got on Sunday at Crufts Dog Challenge Certificate!!!!!!!!

Now I am also flying high… 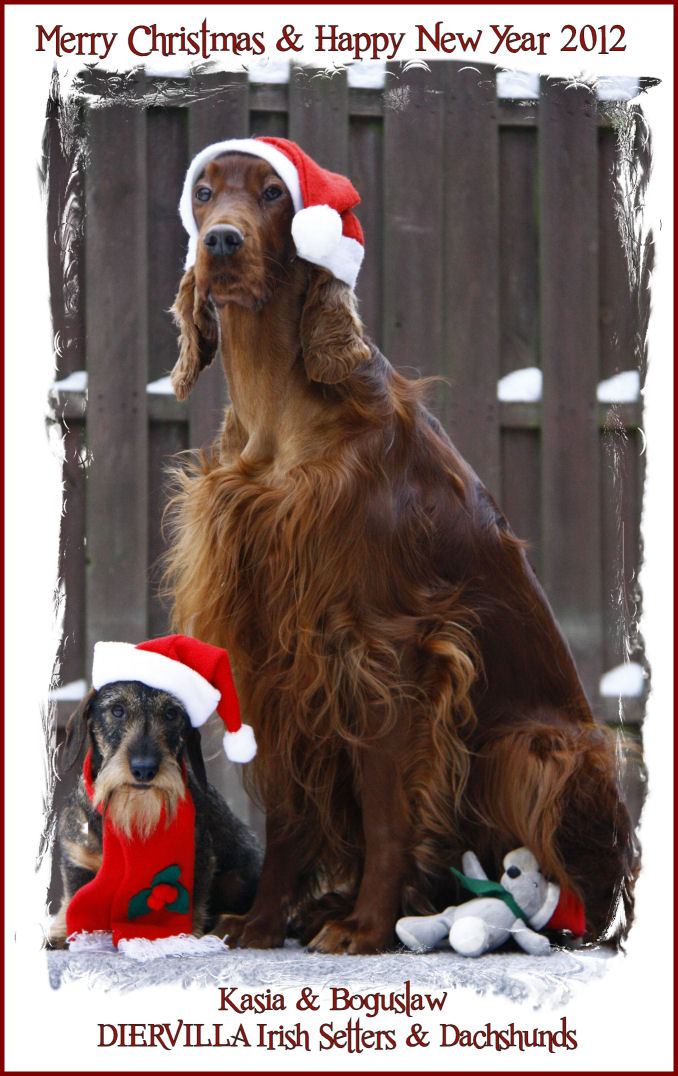 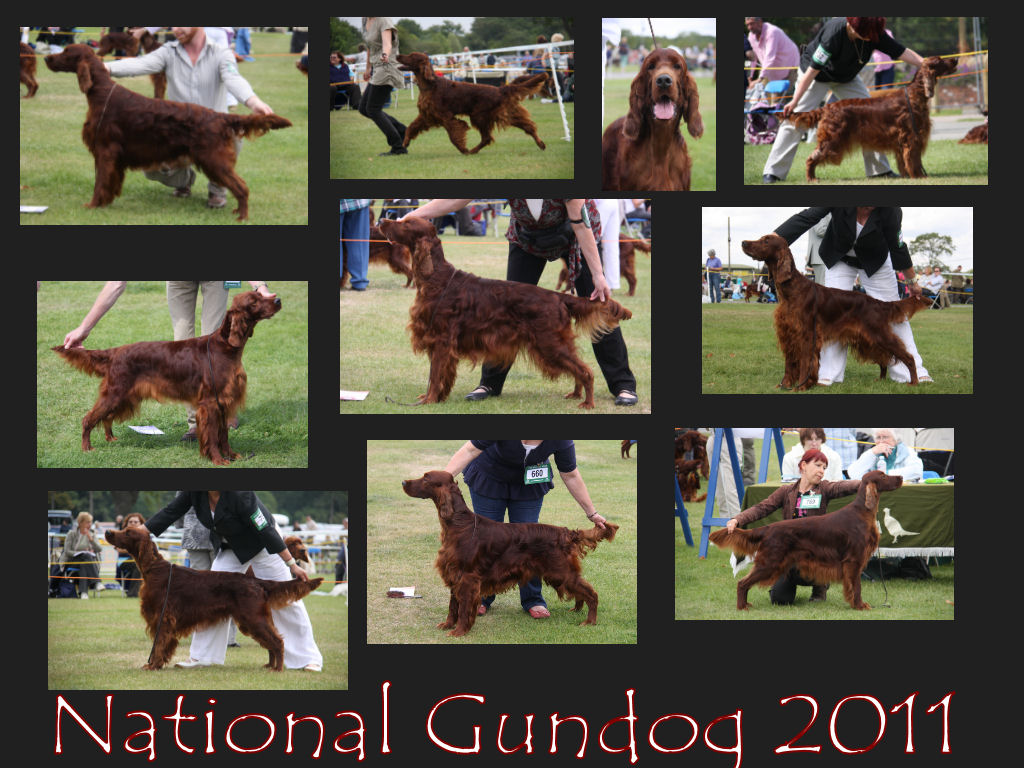 Its been a busy weekend for me also. No show, but have seen plenty of irish setters :) Finally managed to sort all the photos from National Gundog. Over 800 photos now available at my website… 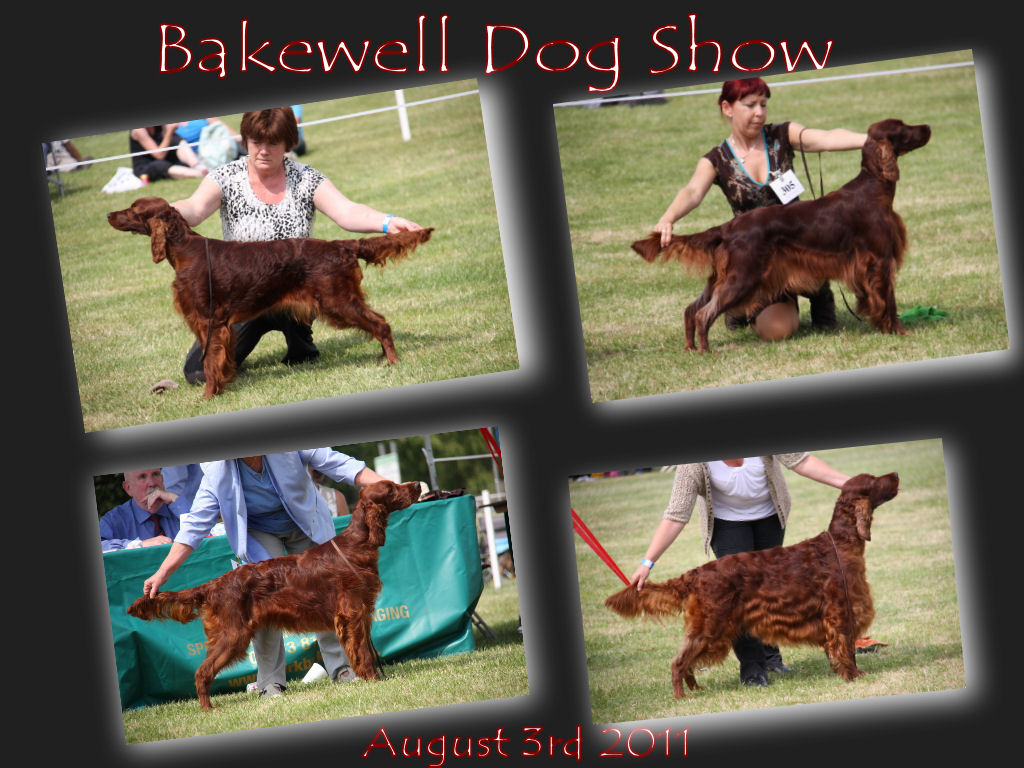 To make it easier for some of you I did add dog's names this time :) Enjoy the photos. National Gundog photos comming up next.… 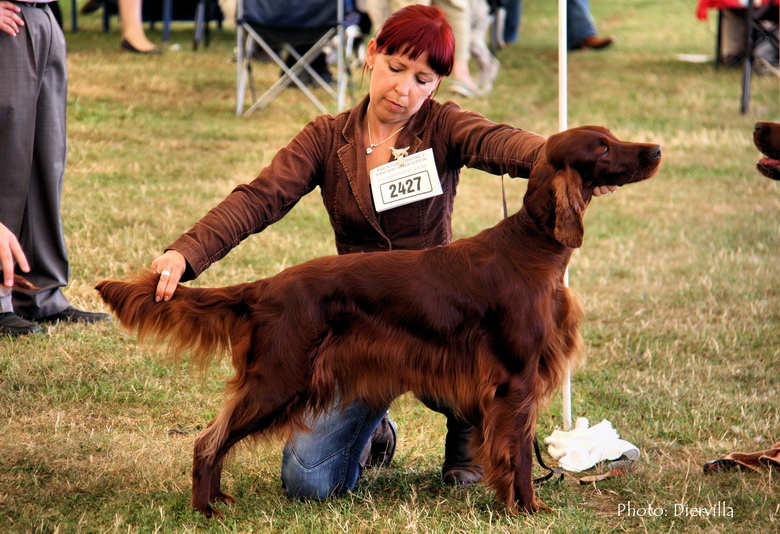 As always took me a while to sort the photos from last 3 shows we participated in UK. First load (Paington) is now available on my website. Click here to go directly to the album: Club Show in Holland was for many years a special event for us, always very nice organized, nice venue, excellent opportunity to catch up with old friends and see new dogs. This year was a special year for us as in 2010 Best Veteran went to Odi. As many of you know, we lost Odi in March this year. We decided to celebrate this year's show as a tribute to Odi and entered his 3 brothers and sister living in Holland.

When we were entering - we didn't know this show will be… As every year we participated today in a small hunting breeds show in Antoninek. Very nice location, friendly atmosphere, almost like a picnik party :)

Our show team was Winnia, BooBoo and Rodrigo.

Finally after all the problems with my PC, I managed to do some work on our website. And will try to make it more and more up-to-date :) 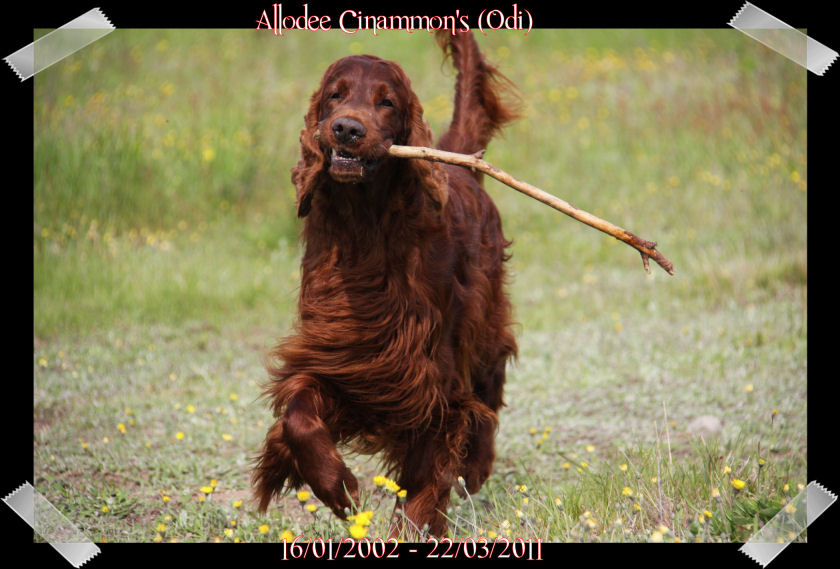 Photos of irish setters from Crufts 2011 are already on my website. 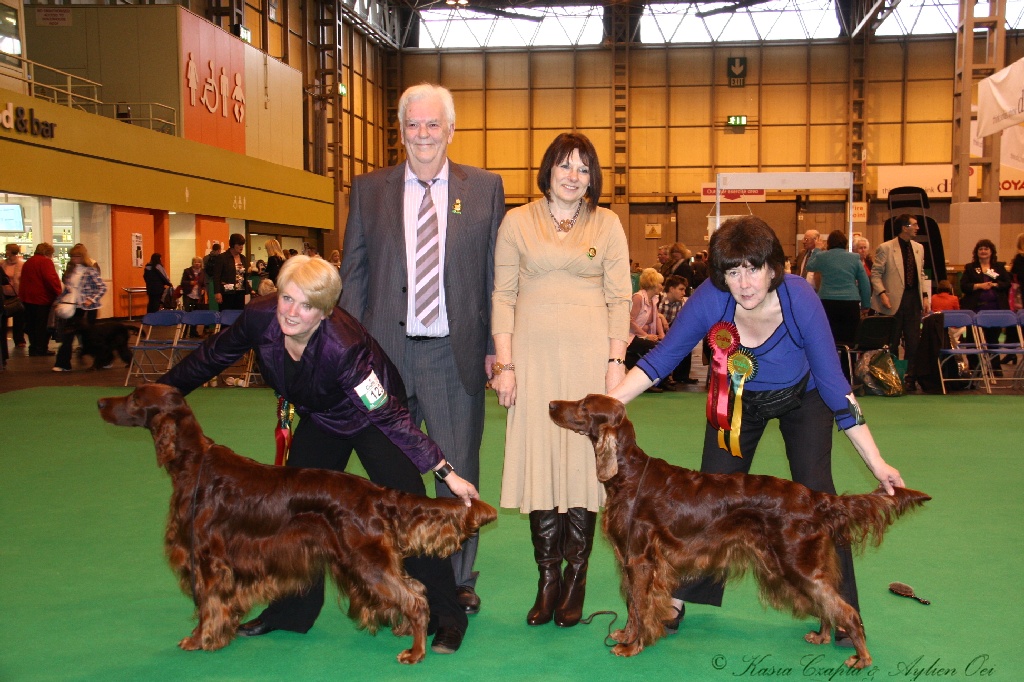 As always from Crufts - not all good quality, but thought you like to see as many dogs as possible, so decided not… 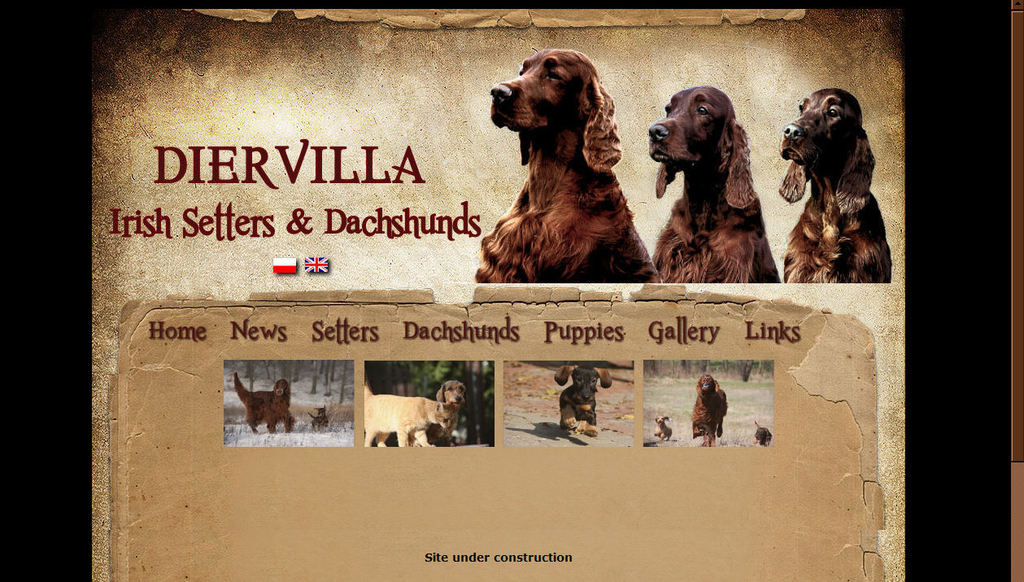 Finally I manage to finish some parts of my new website. I will try to get it updated a.s.a.p. But already now you can find again photos from many shows all over Europe taken the last years.

Merry Xmas from Diervilla (not only irish setters :))))) 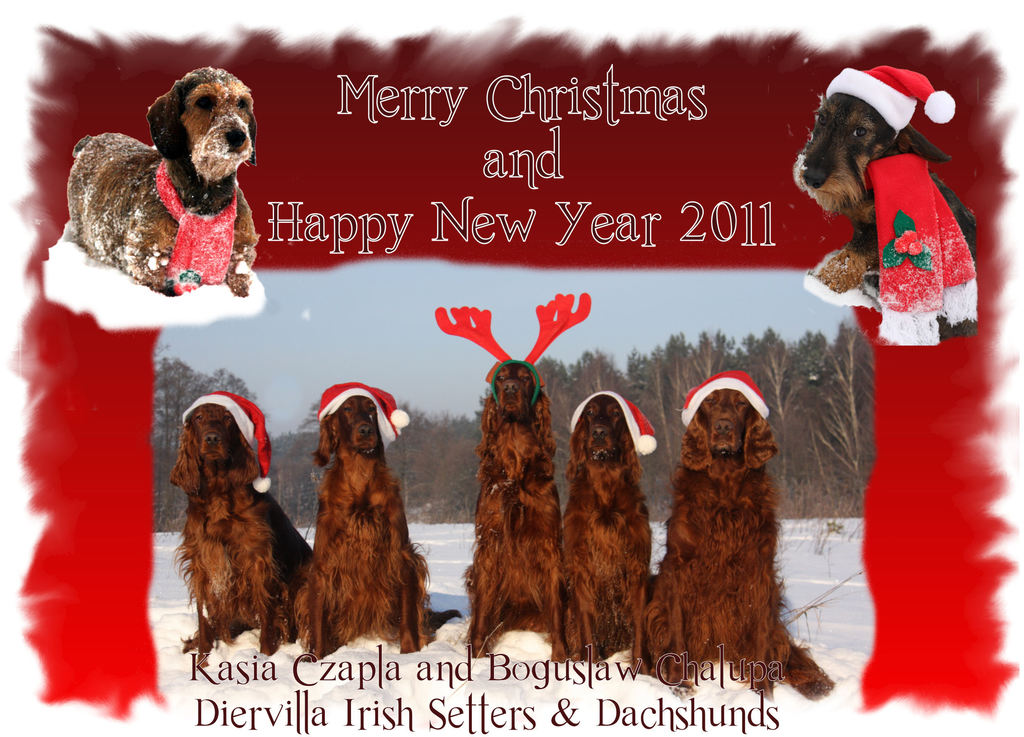 We fell in love with you from the very first sight - 10 years ago when you visited Poznan. We loved you even more when we got to know you better. You are unreachable ideal of irish setter, reason to breed - to achieve that ideal, the only setter allowed in our bed (:))))))), you are always a queen, even when you are digging in the mud. We hope you stay with us for few more years because there's still a lot of pansen to be eaten here ;)

Photos of irish setters taken by me, Aylien Oei and Marta Maggi - are now available on my website. Click HERE to enter the album directly.…

World Dog Show Denmark - its not a dream come true - I think I am still sleeping :))))) I still can not believe it happened! My naughty Winnia has really done her best! 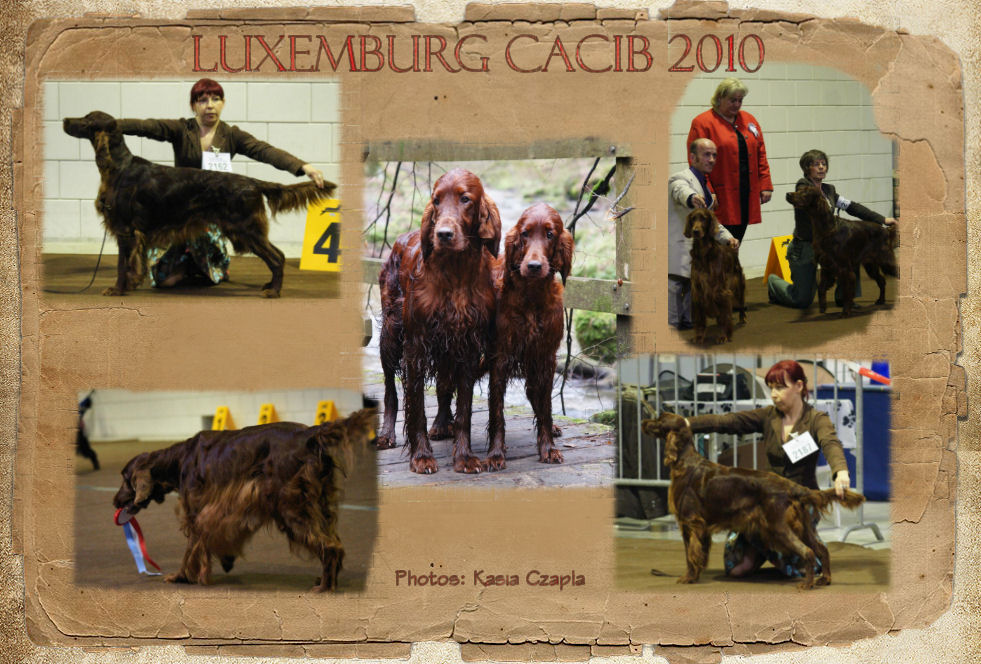