Another year, another Royal Show . . . and sadly another one with only one Irish entered. At least we were there to share this wonderful breed with the public.

After sleeping through most of last year's show and completely destroying the Irish reputation for being energetic and sociable, Merlin was much better this year. He spent most of the day getting pats from people of all ages and getting his photo taken. There was just one brief nap during mid afternoon, which everyone agreed was well earnt. He also behaved very well in the ring, presenting especially well in the Best of Breed run. He wasn't quite so easy to deal with in the Best in Group run off as his girlfriend (a Weimaraner) was also in the ring! Still, everyone said he looked lovely. 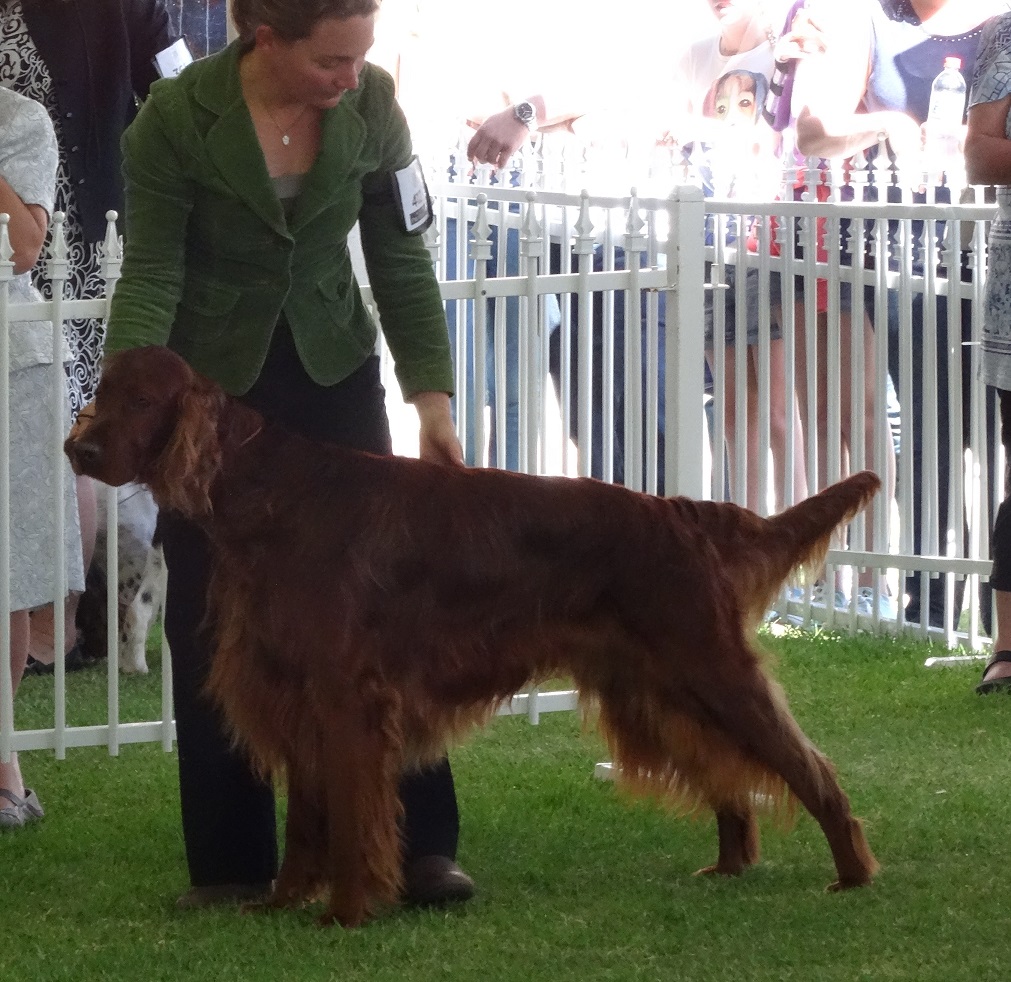 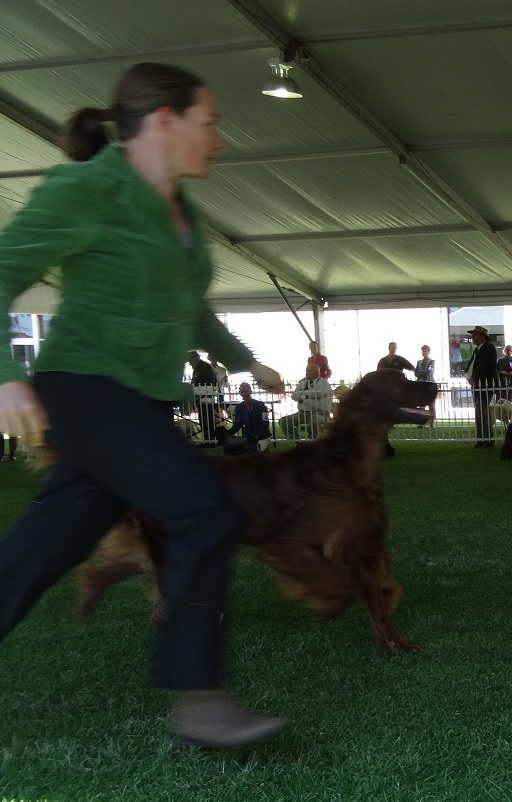 We followed up with a BBQ afterwards with lots of human and doggy friends to play with. All in all a good day, but tiring, so we both slept well that night!

A little magic from Merlin is always welcome!