Leona (Est&LvJCh LvV-07 Nattaset Marigold) is 3 years old today. Happy birthday my little girl and we wish the same to her littersisters and brothers!
By the way, Leona has been awarded "Showdog of the Year" of all breeds during 2008 here on Åland Islands. We are very proud and happy :-) 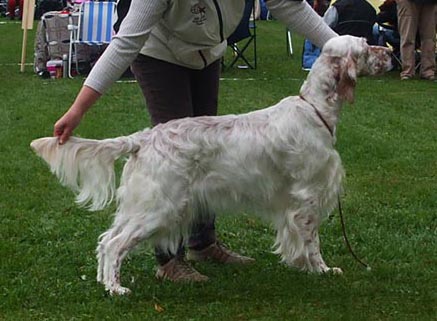 Fun in the snow!

We don't have much snow, but on Sunday we got a little more anyway. The dogs enjoyed playing when the snow fall. Don't worry, there's no living animals hurt, only a rubber duck :-)
More pictures can be seen in my photoalbum! 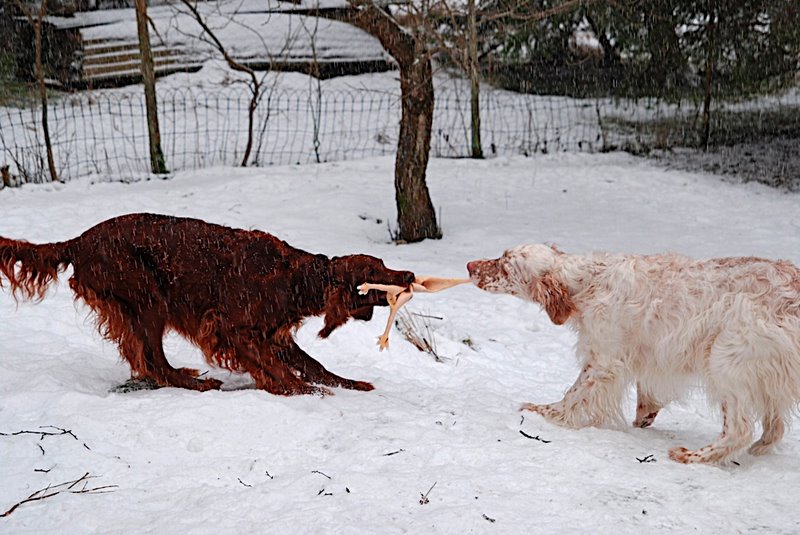 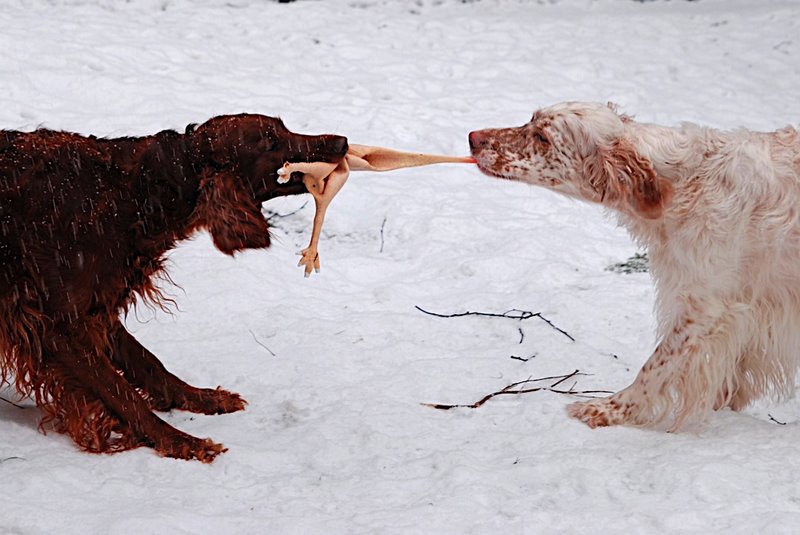 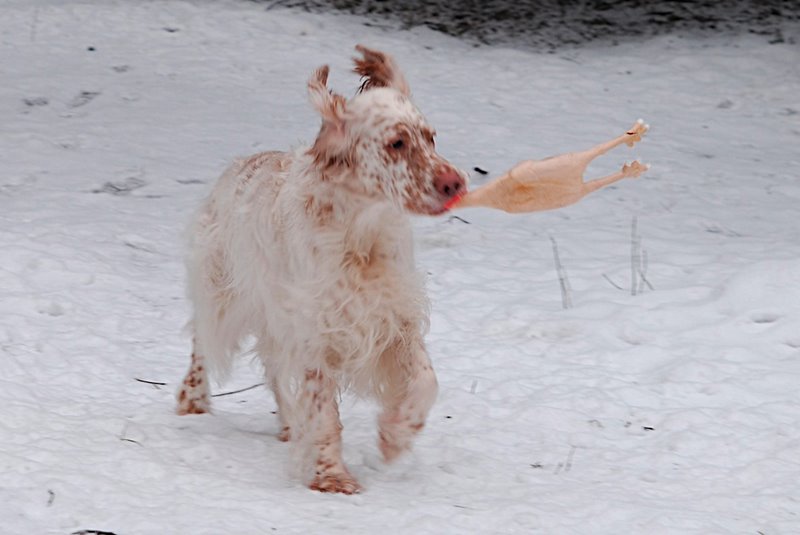 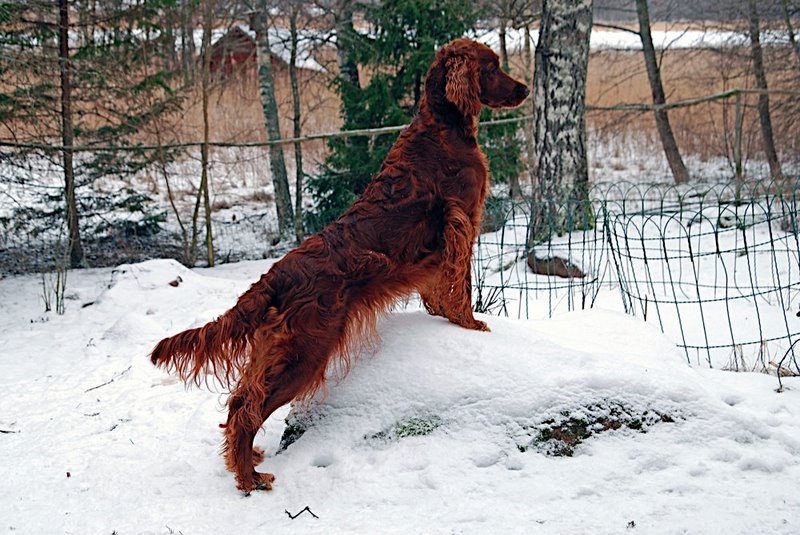 The dogs are Irish… Continue 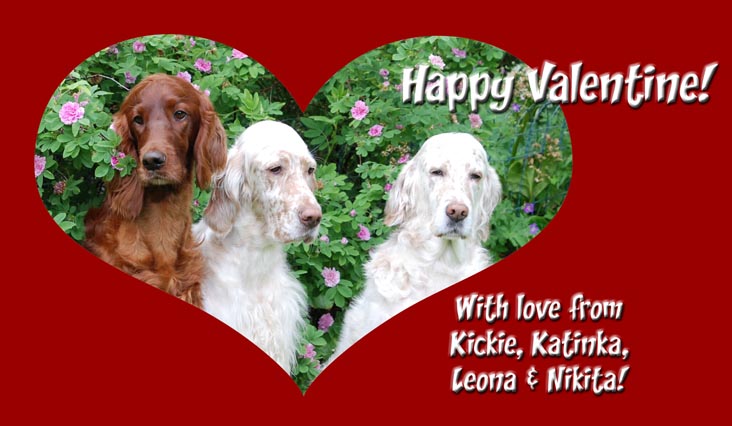 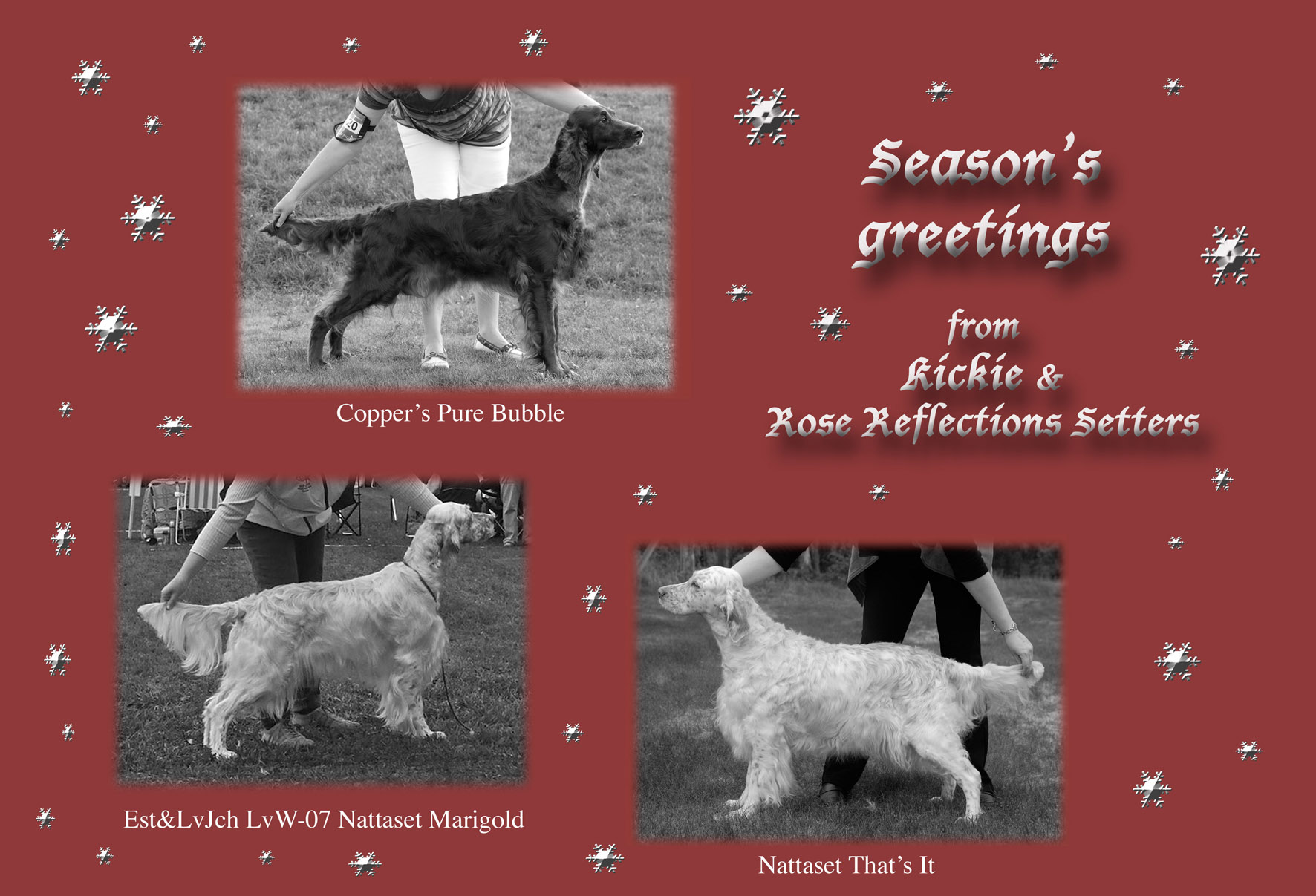 I'm sorry I haven't been visiting these pages for a while. Been to busy at work.
Finally I've put out the photos of Irish Red Setters from SKK Stockholm show. All dogs shown are pictured in my photoalbum! Welcome to visit my webpages: www.rosereflections.com
I also want to wish everyone a Happy New Year!!
All the… My English setter Leona (LvW-07 Lv & Ee J Ch Nattaset Marigold) got 2 x BOB and one BIG-5 during our showtrip to Sweden this weekend. (pictured above)
And my Katinka (Copper's Pure Bubble) was 2nd best bitch with res-CACIB in Nyköping. (pictured below) 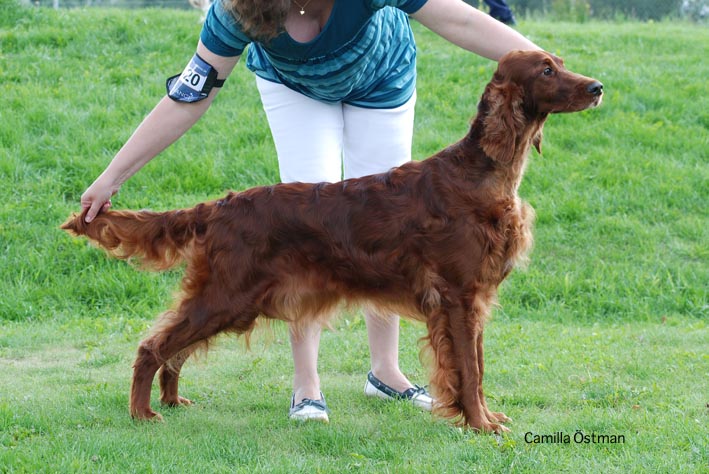 Huge congratulations to halfsister Copper's Classic Bubble who was BOB and BIG both days!!! Only 16 months old. Congrats to owner Birgitta and… Continue 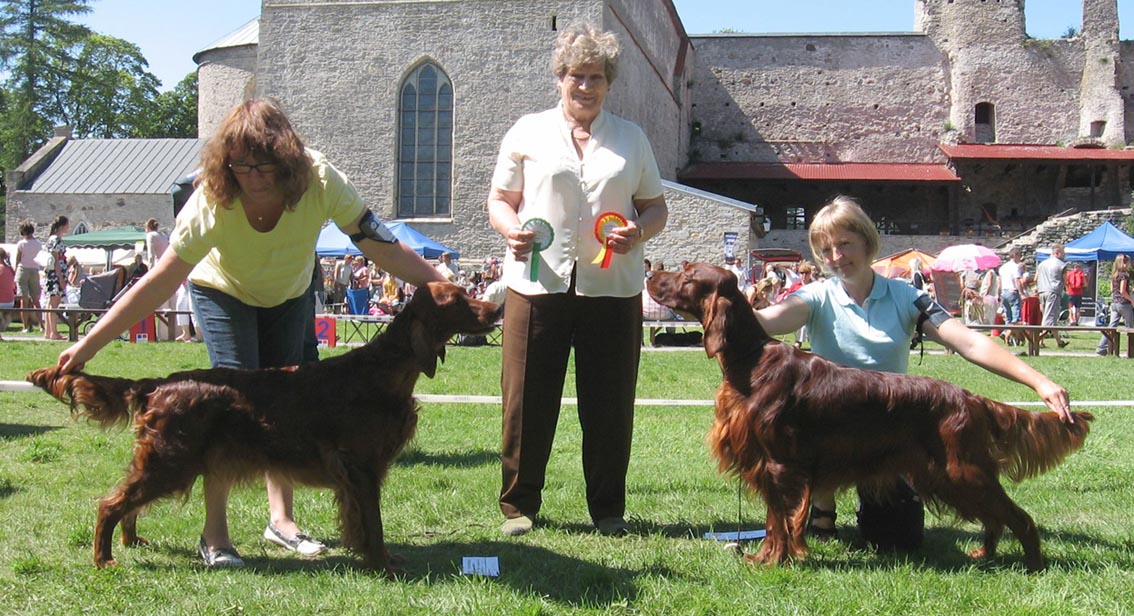 What a weekend! Spent it in nice company in Estonia, on dogshows of course.
Saturday all-breed ch. show in Haapsalu, judge Jose Baddeley, UK. Katinka (Copper's Pure Bubble) made the day getting the CC (CAC) and Best bitch (BOS)! Leona (Nattaset Marigold) Exc 4th in open. (On photo Katinka & BOB Copper's Blomsterprinsen)
Sunday was Leonas day. At the Setters ch club show she got the CC and was Best bitch! Katinka was Exc 2nd in open and… Continue

Finally are my albums up with the photos from ISF WW Setter Show. They were delayed due to serverproblems. But now everything is fixed, so welcome to visit my site!
Here's my darling Katinka with "baby-sitter" Laura, Katinka (Copper's Pure Bubble) was 2nd best bitch with ISF-Premie on the day! Thanks to Laura, Jaana, Camilla & Maarit who helped me with my girls during the day, while I was busy working!… 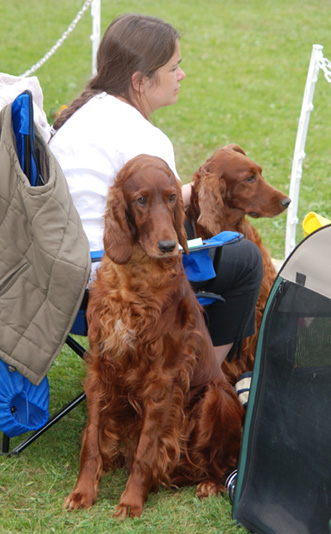 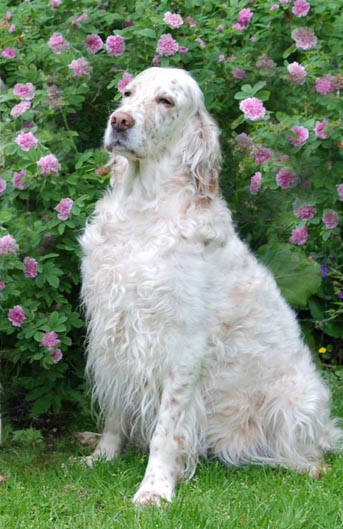 My website is now updated with lots of photos from the Irish Red & Red&White setter show in Finland!
Welcome to visit: Rose Reflections… 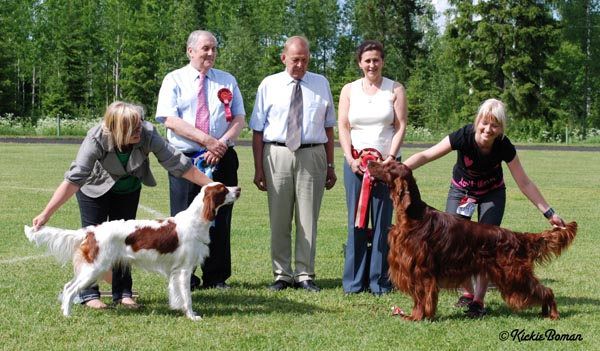 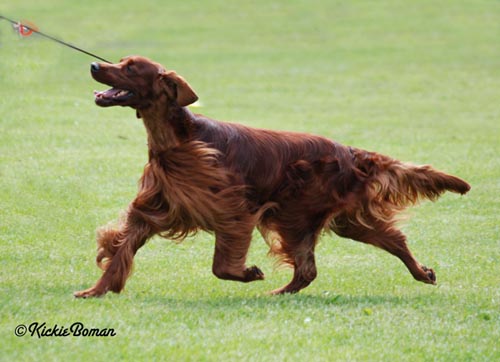