I now have plenty of offers for the primatour

Is anyone coming to the uk via Holland who can bring me some Primatour for my travel sick puppies.?

They are they only thing that work for them, tried sealegs & sturgeron & ones from the vet at nearly £10 per tablet!!

Alternatively I could pay the postage. Hope someone can help

We were thrilled to get James's 3rd CC at Setter & Pointer & to go on to get Best in Show was magical.

Thanks for all the congratulations from home & abroad 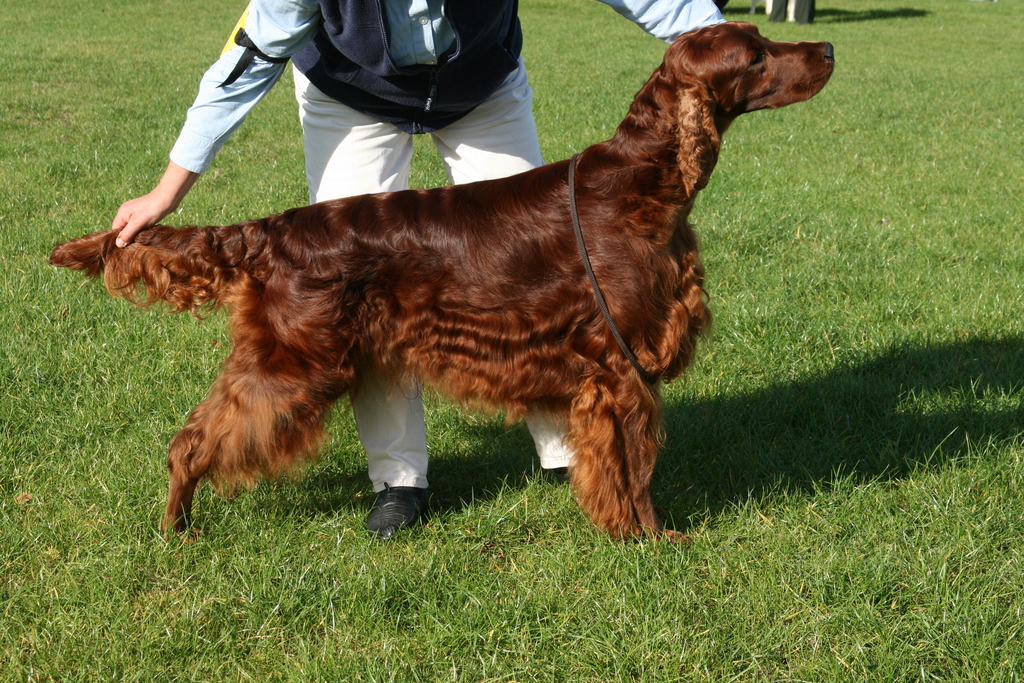 Thanks to everyone for their congratulations on our great day at Crufts. We were so surprised to get best bitch with Bliss after winning the same award with her Mother last year. Mummy Fern had to stay at home as she was in season. Sky & James winning their classes was just fantastic.

Thanks to everyone who has sent messages of congratulations on our recent successes.
We are proud that our stock are still fit & healthy enough to win at the highest level into their veteran years. Promise was gone 8 years old when she won her last CC, Fern will be 8 in december of this year.
Bliss is now our 3rd generation of Show Champion bitches.

Does anyone have a really good photo of Fern ( L Sealed With A Kiss) at Crufts. At least 200kb for the Yumega advert.

Need it by 14th of March

Thanks to everyone who sent messages of congratulations for Fern's fantastic win yesterday.

We are so proud of Fern & the rest of her family, especially her sister Bronte who won Veteran.