If anybody has the results from Luxemburg, pleeeease can you share it? :-) 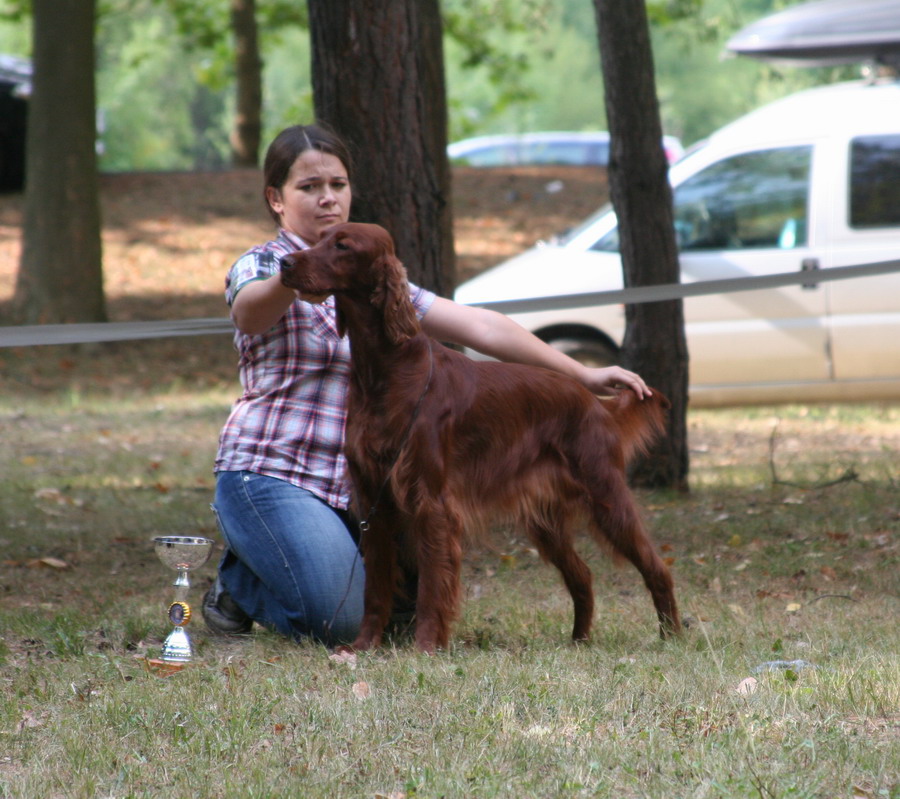 With famous Henric Fryckstrand (kennel Dewmist) judging the golden retrievers, we took off to the show in Ada in Vojvodina/Northern Serbia yesterday with my golden friends. Dogs from group 7 were judged by Zarko Mikalacki from Serbia, a name I never heard before - but the girls had place in the car for us and were good company, so why staying at home? :-)
The 2 Hungarian goldens both won their junior classes (with MANY dogs entered!) and the… Continue

Acting as illustration for Irish Setter in a dog book

Well, you can imagine the happiness when friends tell you that your dog is pictured in a dog book. Unfortunately the book is sold out and not available in second-hand shops either but i finally (after two years or so) managed to get a scan of it :-) (I don't specially like this photo btw, but hey, you can't get it all. Just wonder if they shouldn't have asked me for permission to publish it????) 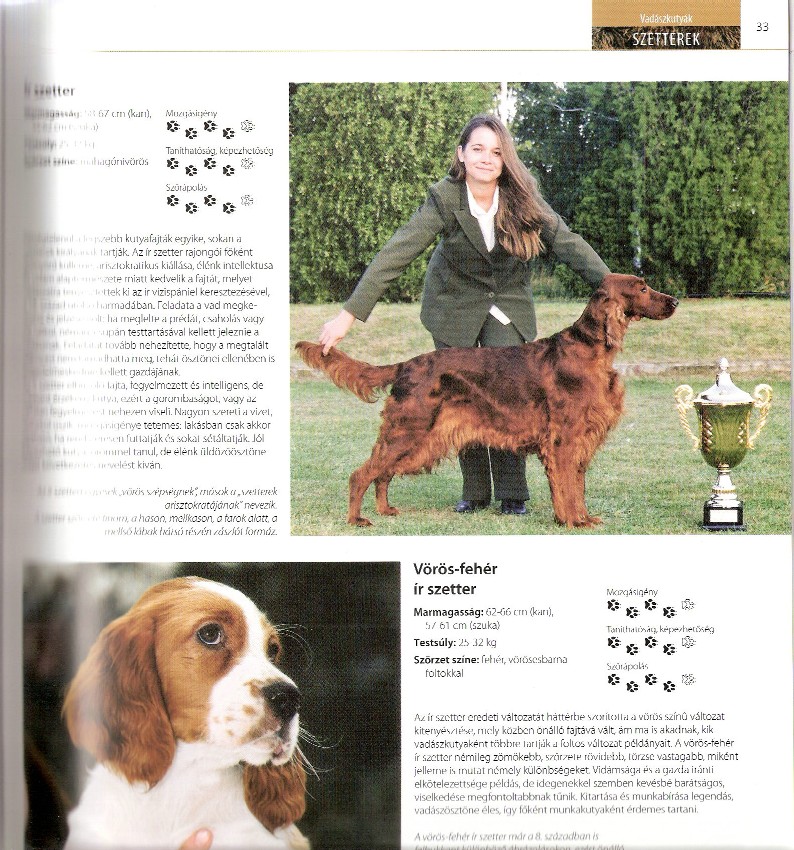 The photo was taken in September 2003 when Odin… Continue

Yes, I know, I promised not to show her anymore. But what can you do if the show is only about 40 km and for free for dogs above 11 years? :-) 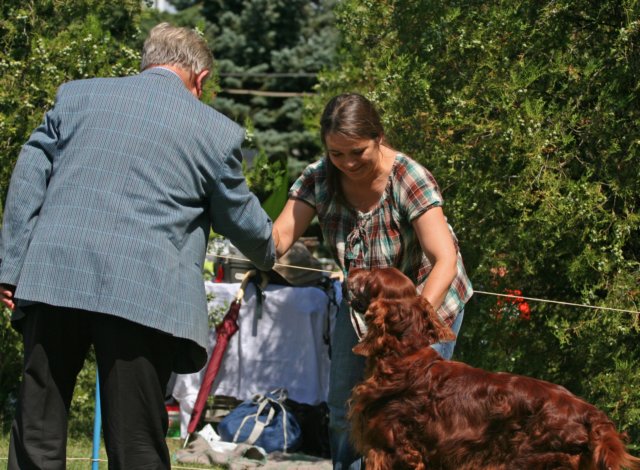 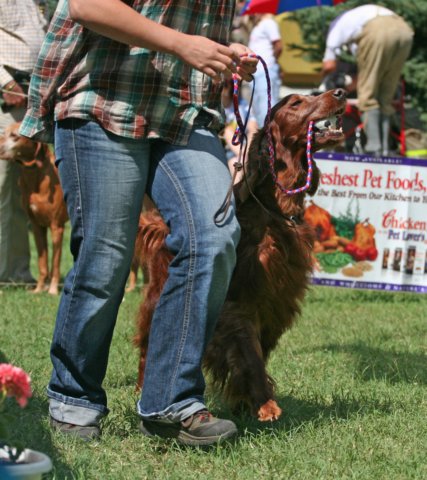 We went with my pointer and great dane friend and took all our oldies out for this event. It was amazing and heart touching to see so many veterans at one place. Some still in very good condition, some showed their age already but hey, it was a show for… Continue

I never managed to create a blog post about the Stockholm WW, but you've heard a lot about it anyway :-) So instead I write about today's big event. Mágnes, our great dane friend filled 10! A nice age for any dog but especially for a member of this breed. 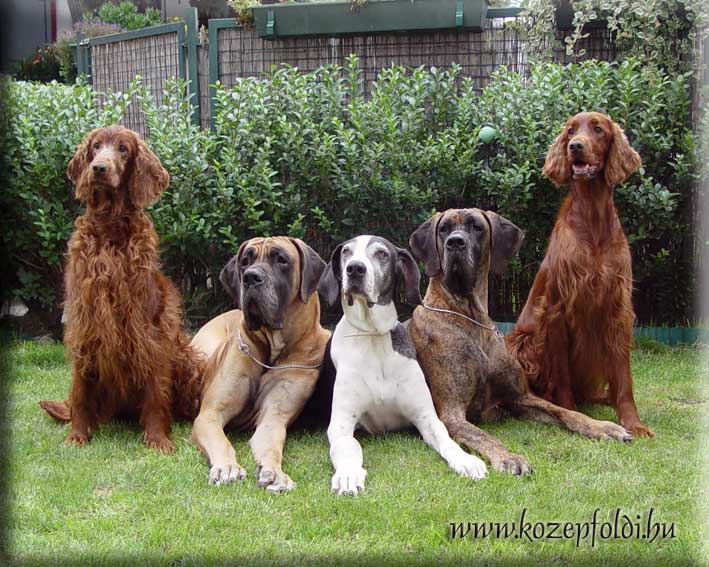 She received 2 cakes, enough for everybody. 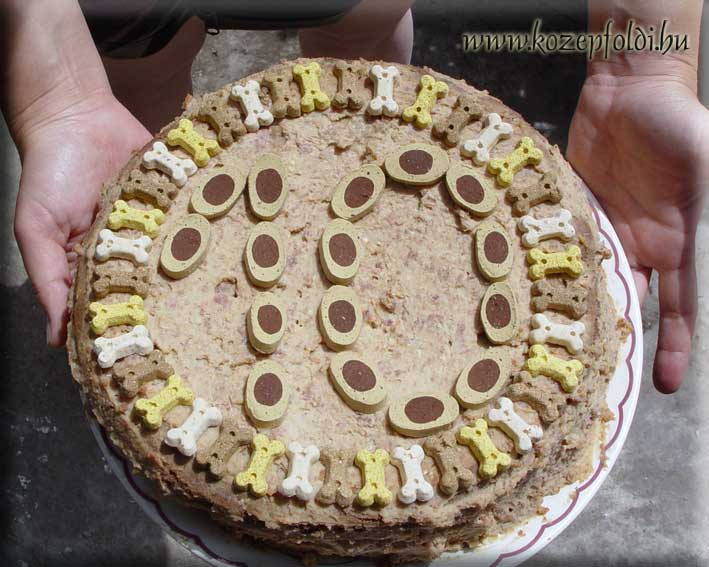 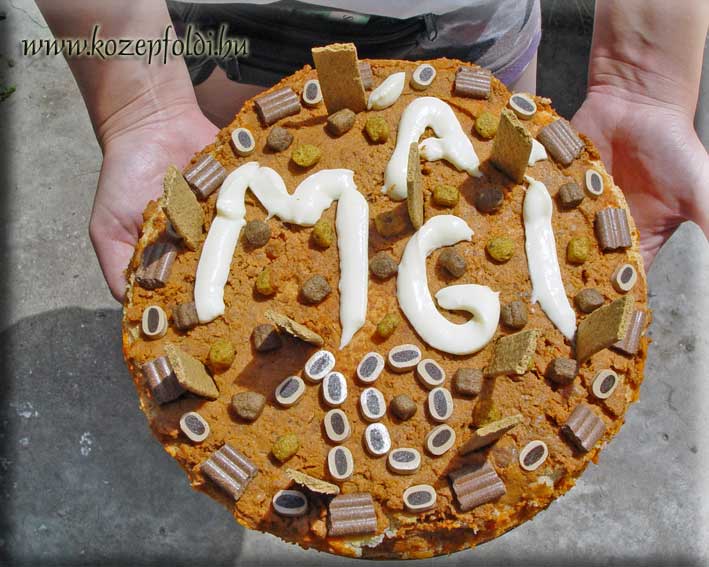 Last weekend we made our way to Austria, to participate in the yearly arranged ÖKEV Klubsiegerschau (= Club Show). The club invited Velimir Sruk from Croatia to judge the pointers and setters. I hoped to receive a class win with CACA, so Danka would finish her championship even in Austria. I knew that we would not get the club winner title as we were not club members (stupid rule, by the way)... But I did not care, I went for my CACA ;-) And she did it… Continue 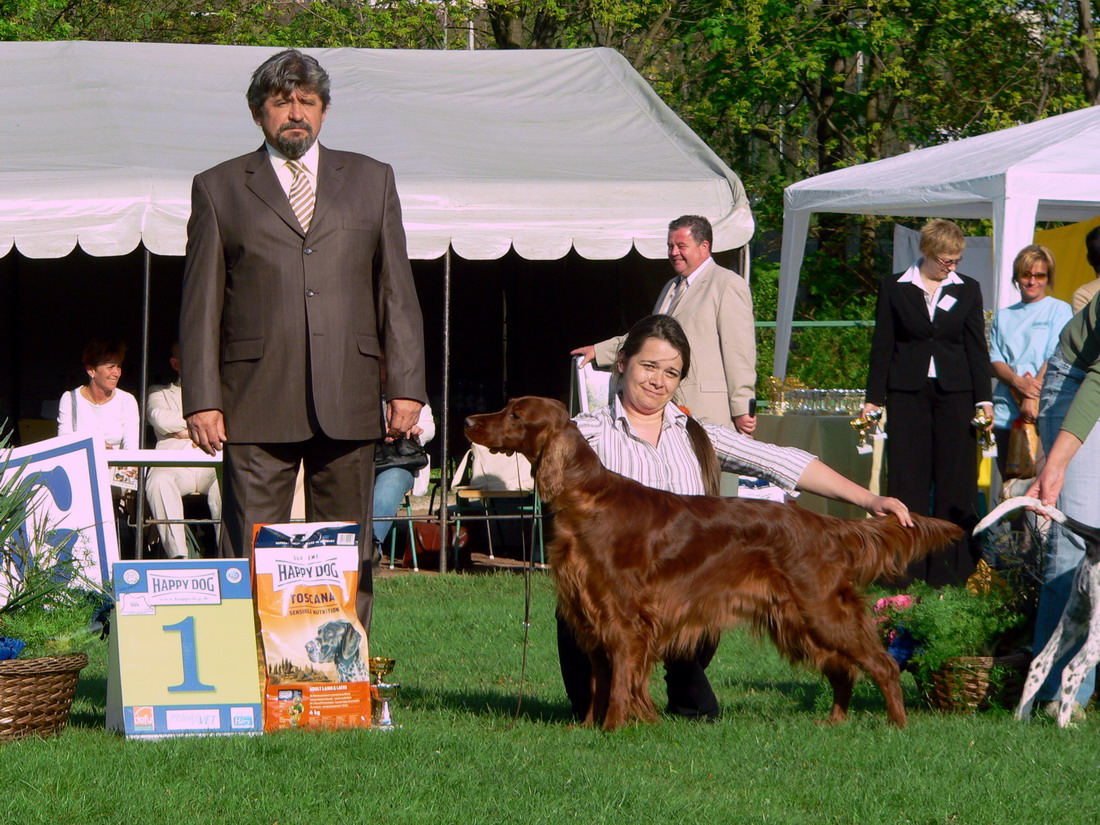 And this time handled by me and placed first to my biggest surprise! The second day she was CAC, CACIB and BOB again, this time no placing in the group - but hey, let's others have fun as well :-)))… 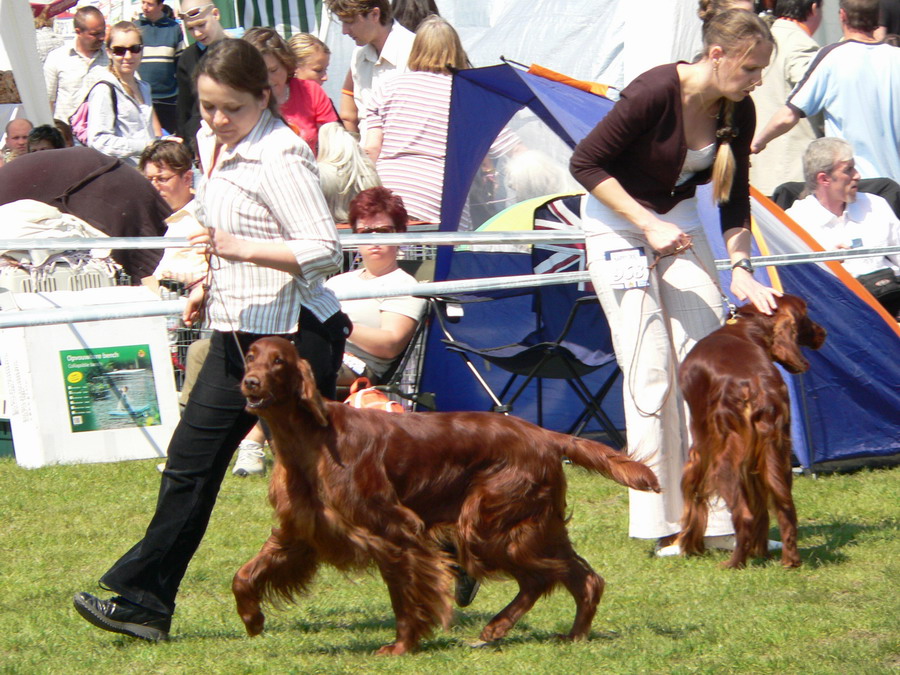 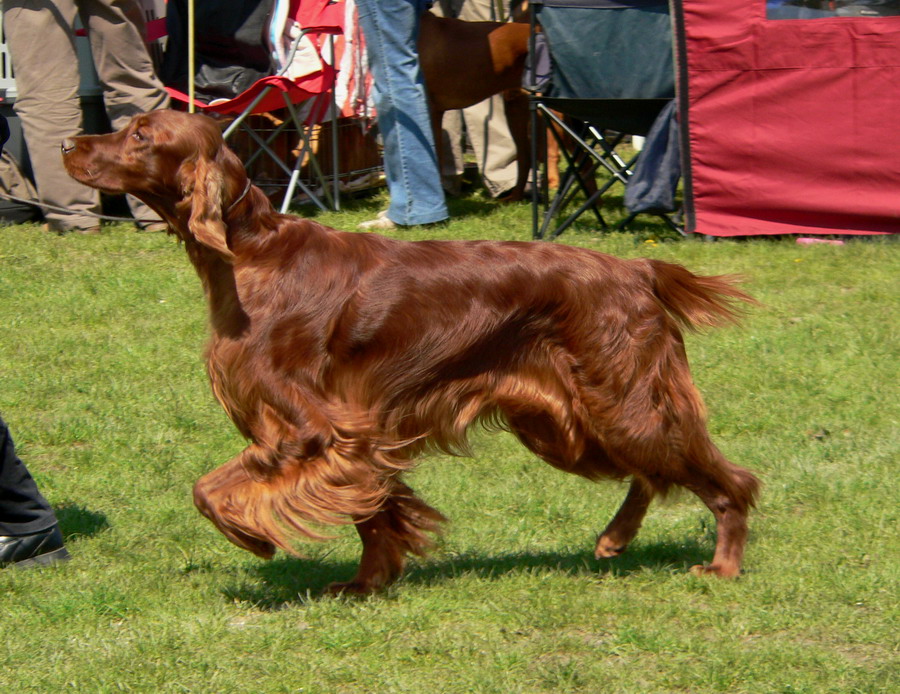 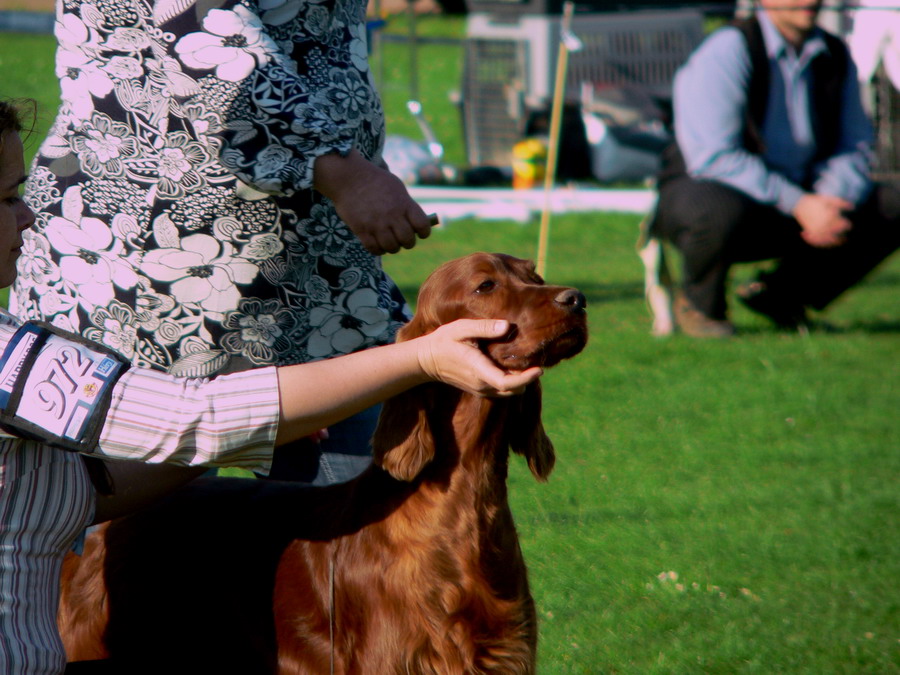 I am still waiting for the nice photographs from the show but they just don't want to arrive :-) So you have to be satisfied with all the blurry pictures my friend was taking :-) 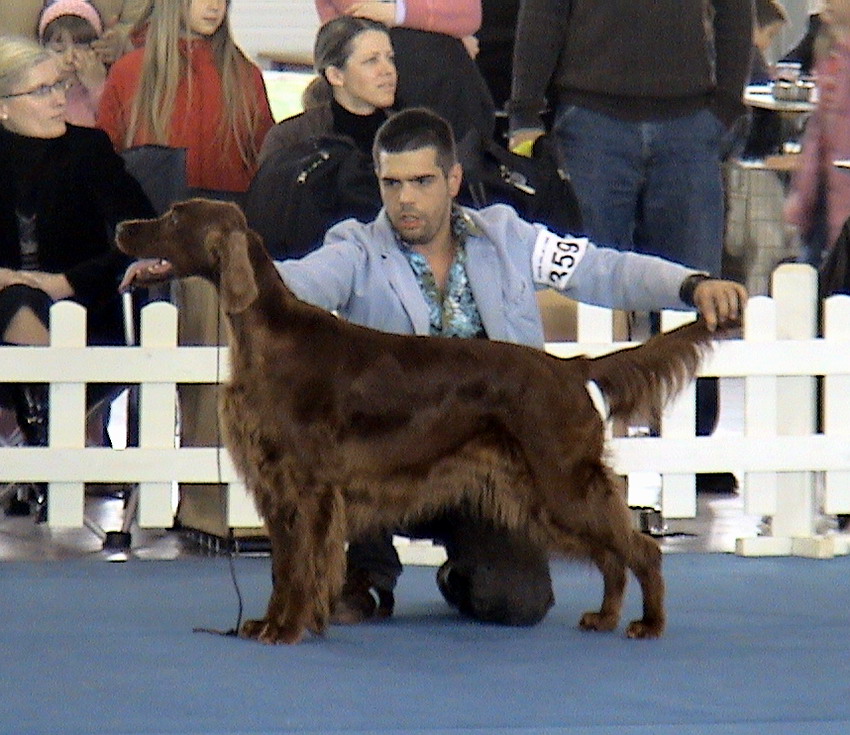 On the photo she is with another friend of mine, professional handler and groomer. Danka looks very different than in my hands :-) Some like it more, some less, decide for yourself which Danka you prefer :-)
Anyway, I am proud to announce that Danka was CAC, CACIB,… Continue

Meeting with doggie friends and their owners 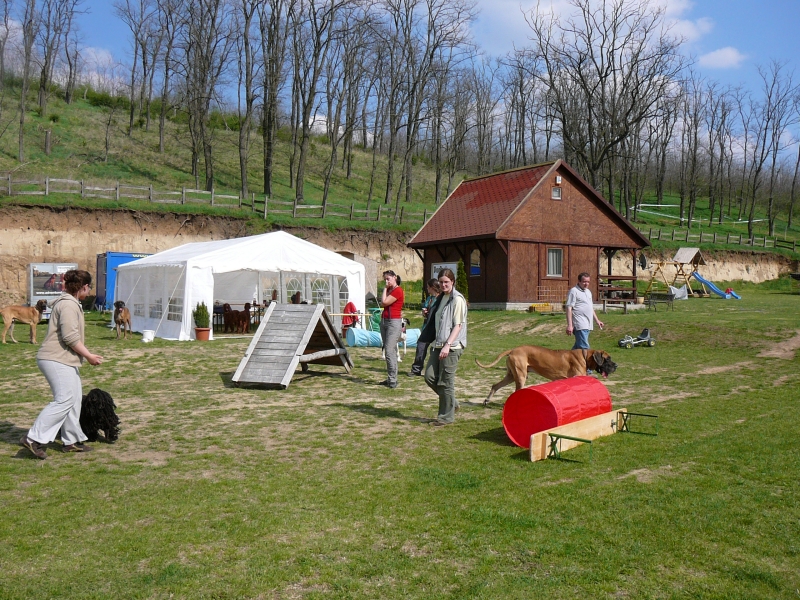 Last Sunday we visited a place outside Budapest, where some of our friends arranged a little party for humans and dogs. This is a circle of friends who own other breeds than setters. We had a little party and also little games for the dogs. There were 4 parts, 1. collecting balls with no "seeing help" from the owner (see photos), 2. make the dog step into the triangles by giving orders from outside the ring (see photos), 3. agility for beginners… Continue

UPDATE 17/04/2008: result of the blood test shows that the babesia is gone, liver, kidney working perfectly, number and quality of white and red blood cells back to normal!!! I AM SO HAPPY!!! 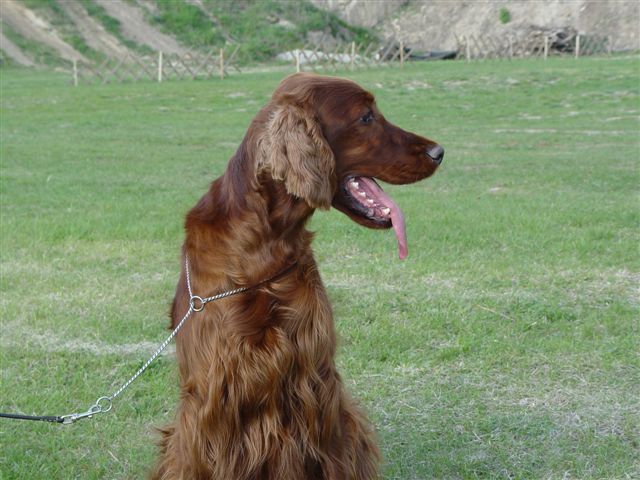 UPDATE 15/04/2008: Danka is doing better. Her pee changed from yesterday's morning red wine colour to brown this morning and in the afternoon it was back to yellow. She is eating (not much though) and drinks by herself. Tomorrow we go back to the vet… Continue 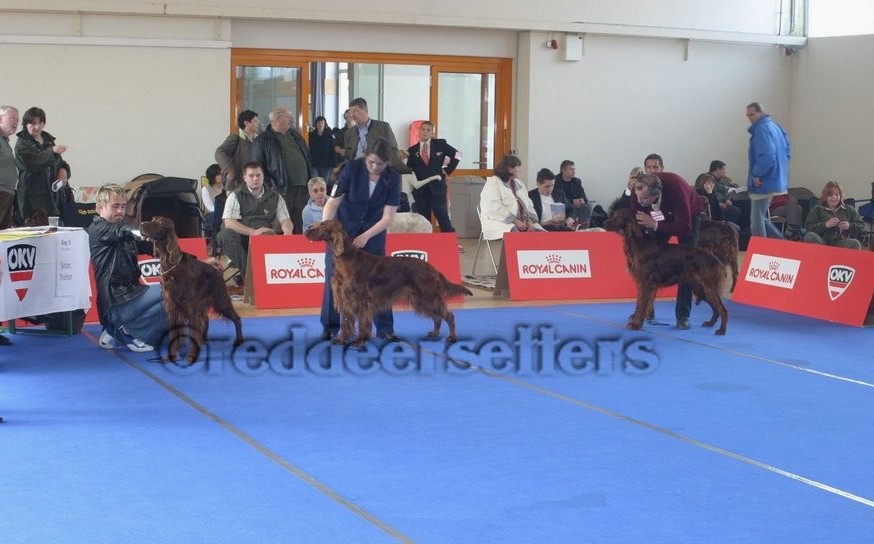 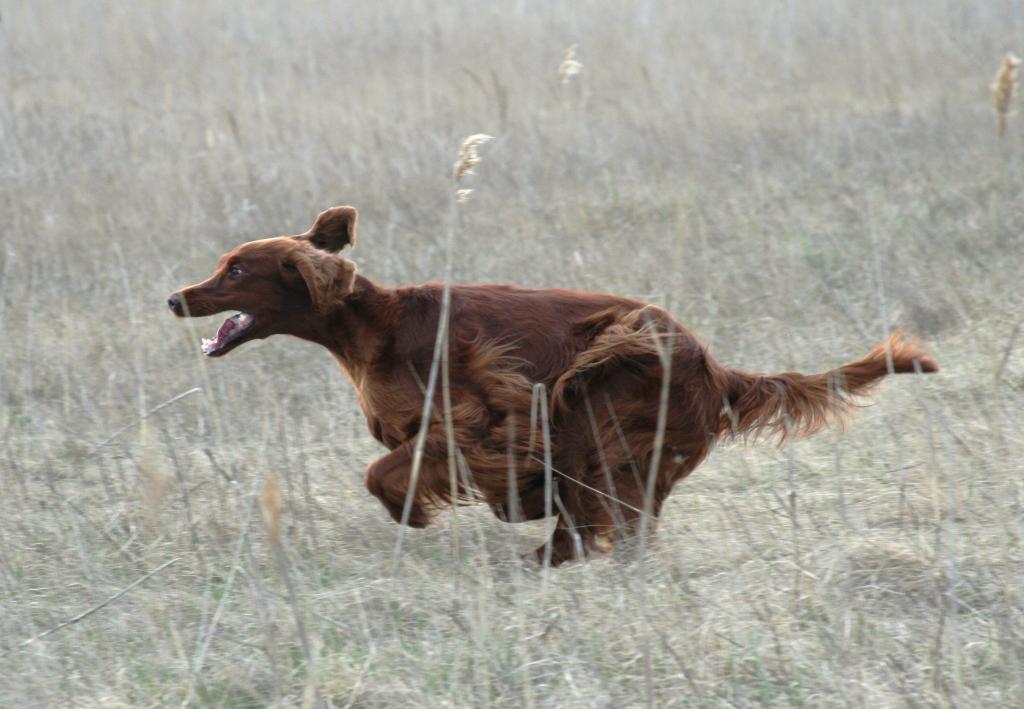 I just want to share a slide show with you from the Field Trials last weekend. Some wonderful pictures of happy dogs and proud owners: http://www.olaszvizsla.hu/slide-show/mpcforweb.html Danka did some fabulous runs but as her backing up method is not perfect yet, we missed the qualification :) But she received wonderful comments from the judges on her running, style and… Continue

She was not a setter but very close to my heart... 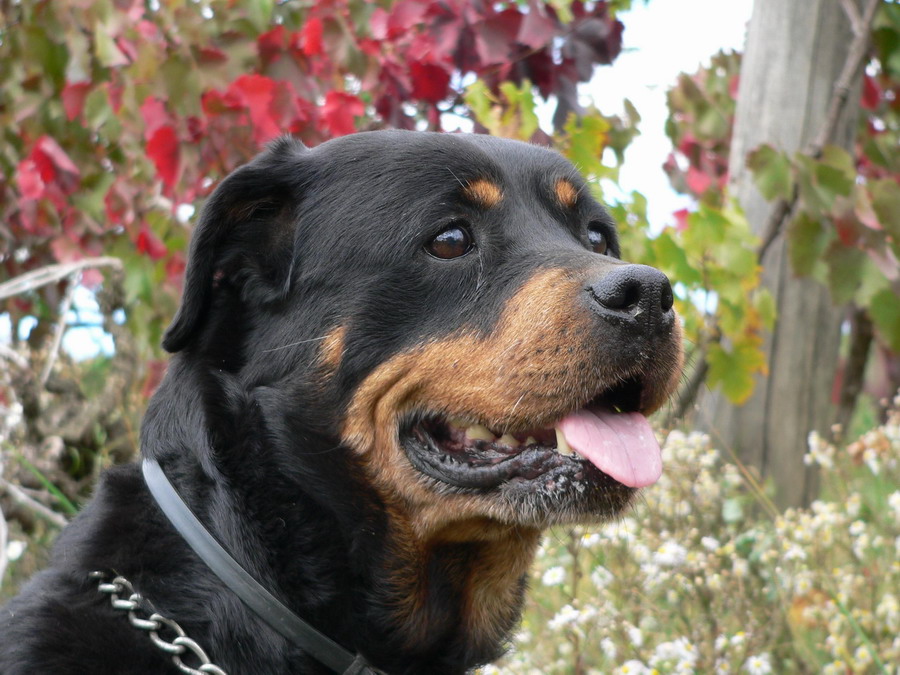 She was not a setter but very close to my heart... She was the best friend of Odin, one of those few dogs she was willing to play with. They grew up together, Baby always protected her. She was a sweetie, kind to dogs and people - her owner, Agi raised her like this. She had a very happy and healthy long life but was not able to fight against her recent sickness any longer. Sleep well my black… Continue

A big big 'THANK YOU' for Luxemburg!

I just wanted to say THANK YOU to all those people - old and new friends - who welcomed me so warmly in Luxemburg, who talked to me, gave me a smile or a hug, who let me cry on their shoulders, who gave me a glass of wine (or two) to calm down my nerves :-), who congratulated and shared my joy of Danka's win. Thanks for the presents and photos as well. Thanks also for the mails and messages and all those "crossed fingers" at home and other parts of the world. It means a lot to me! And a… Continue

I just received the information from "our" Junior Handler (who was at Crufts representing Hungary, this deserved as being top junior handler in Hungary, mainly handling Danka) that my Danka "Copper's Music And Paws" is in the UK magazine Our Dogs, 15th february edition, page 20 and 21, featuring the Champion of Champions Show in Hungary held in December. :-)… 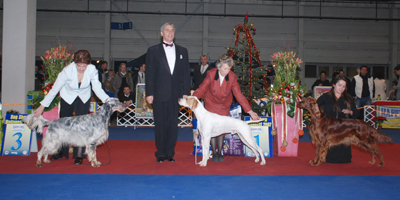 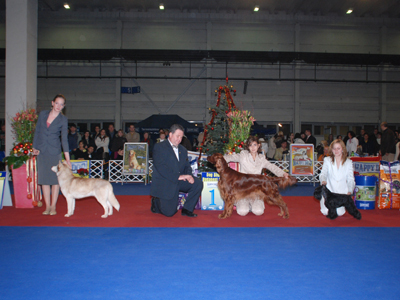 Happy Easter from us! Our first show this year. Check the results and you'll know everything, I don't want to comment. Hope that after this bad beginning, we are going to have a nice year again anyway. 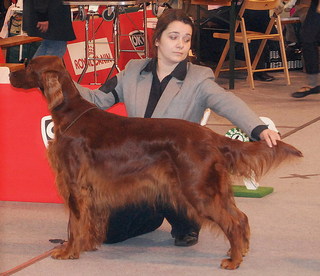 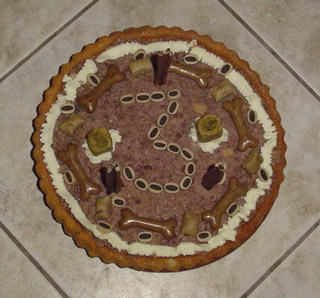 As mentioned in the earlier blog post, my "little" girl turned 3 years today. Oh, how time flies... Was it already almost 3 years ago that we flew in to Hungary? That Odin hated her like hell? That she was not listening to me at all? :) So many things happened during these years and I am soooo happy that I have her - and Odin too!! Thanks Camilla for this wild but oh-so-smart girl!… 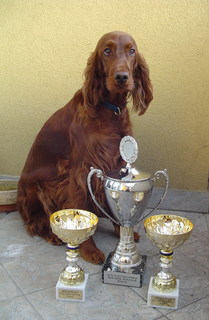 I am proud to announce that since yesterday it is official: my Copper's girl 'Danka' is Top Winning Irish Setter Bitch and even Top winning Irish Setter in Hungary for the year 2007. I am very proud of her as she is only 3 years old (TODAY!!! - cake in the making phase).

I tried to take some shots, Danka sitting proud behind her cups but she chose the oh-why-do-i-have-to-do-this-mum pose…