Today it is Justin's birthday already 10.

Just got a call from my sister Yvonne that Kilnrae Wirlwind (Pelle) became best in show. 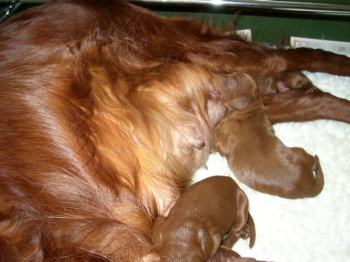 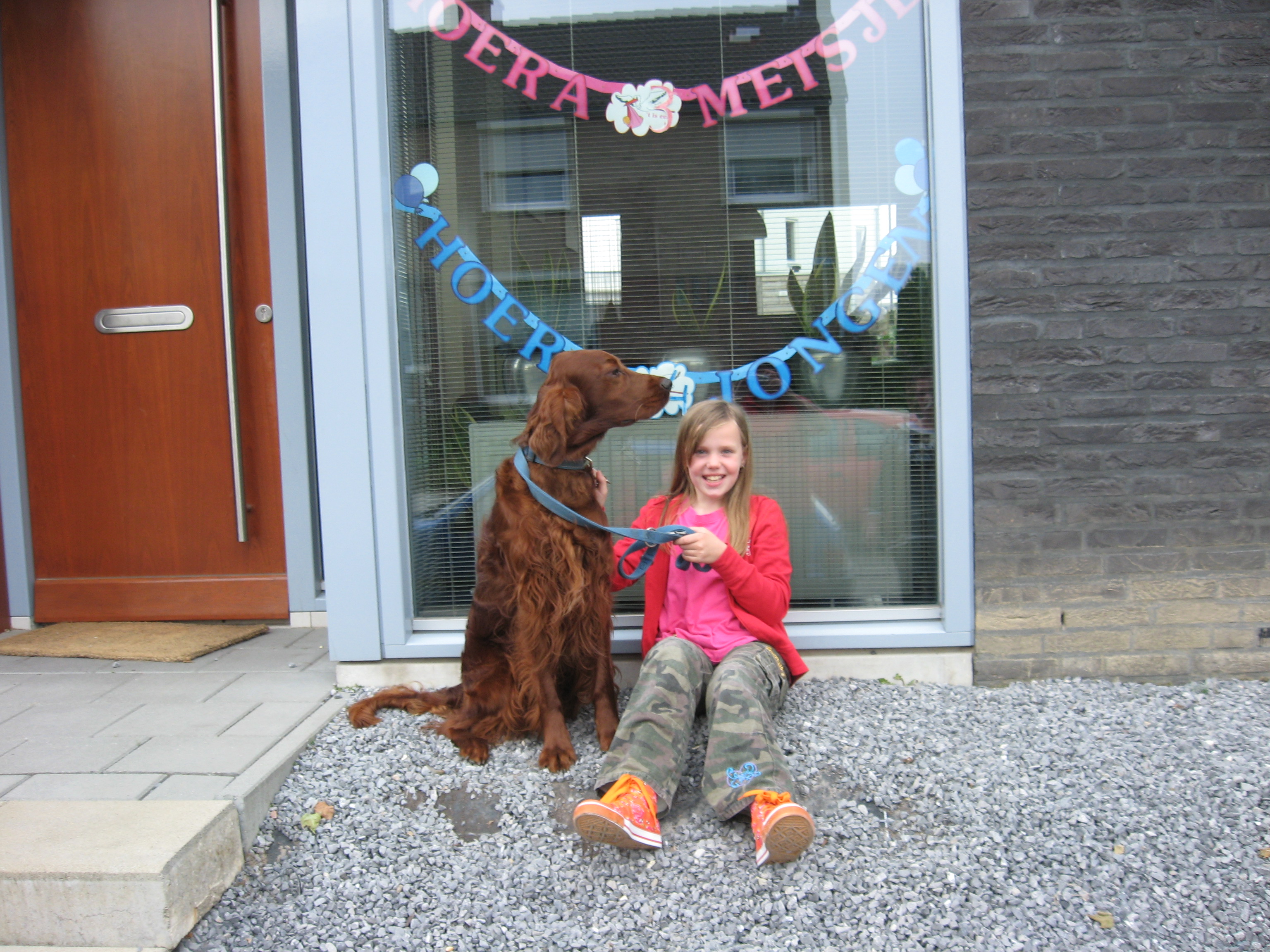 Juggernauts Eternity and Reddins Elliot proudly tell everyone that they got
3 Girls and 4 boy's. born on May 13

They are all doing very well

Zalige Pasen for everyone.


From Harriet Justin and Elliot Juggernauts eternity is expecting puppy's from Reddins Elliot
Birthdate 13 may.


I think it is very excited for me to see Elliots puppy's.

elliot will be x rayed

Tommorrow 15 febr. Reddins Elliot will be x-rayed. So soon we will know his hipscore.
This is always very excited. 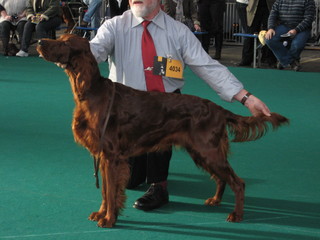 Reddins Elliot won the youthclass and is now jeugdwinner 2007 And he got a ticket for Crufts
He got a very excellent rapport.
I am very proud of Him.
he just turned 1 on the 23 th.

Elliot always uses Justin's ear to suck on it.
He lays next to him take his ear in his mouth and sucks on it like a baby.
Justin does not mind but his ear is always wet and from slime off Elliot.
Does anyone knows the reason for it and how can I stop it?

On Sunday the 9 th Reddins Elliot 9months will enter there in the youth class.
And also Lots of Love of the red Empire )kimmo) from my sister Yvonne Beekelaar.
2 so different types I wonder what the judge will say about them.
Will let you know when we have the results.

Today the 18 aug. we went to the clubshow of the MHSV. in Vilt Netherlands.
It was only for members.
It was Elliots first show and he became best puppy.
Than he could go for best puppy off the club and he won out of 9.
Also won he the coupleclass together with his half sister.
They are both still on the breeders name so they both could do that She showed them. It looked very good.
I am very proud of my little boy