Kennel Cherry Bloom´s wishing you all a Merry Christmas 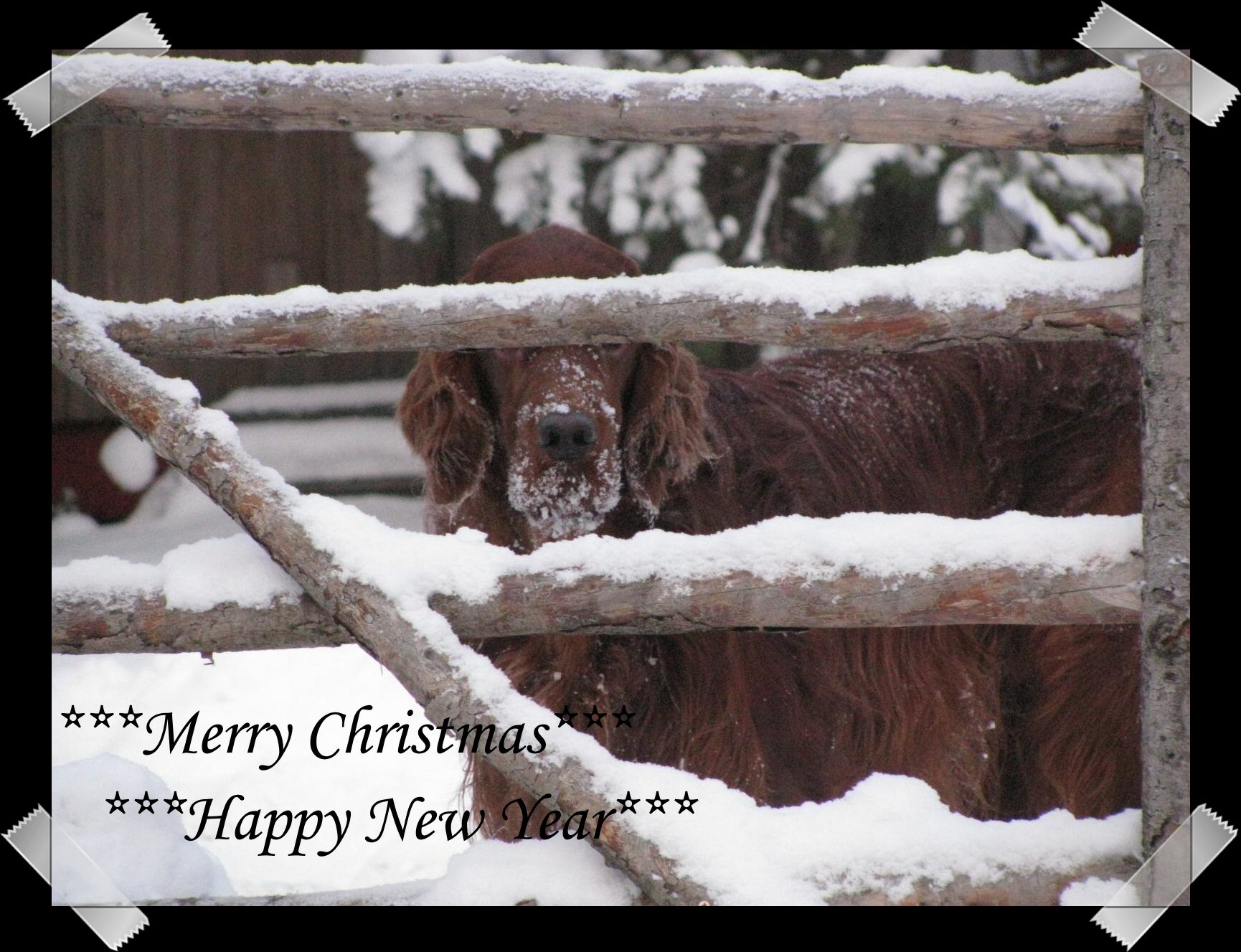 And also a successful and happy 2010!
Haven´t been so active here lately, but renovating the house and working have kept me busy, but hope to see you here next year, with new photos, discussions, blogs etc.
//Kristina

Before we went to Stockholm we just had to visit my grandchildren, or Charlies puppies now 6,5 weeks old
It was a joy to see those lovely puppies, very nice all of them
Below my speciell favourite Ethelred´s Autumn Mr,snowman 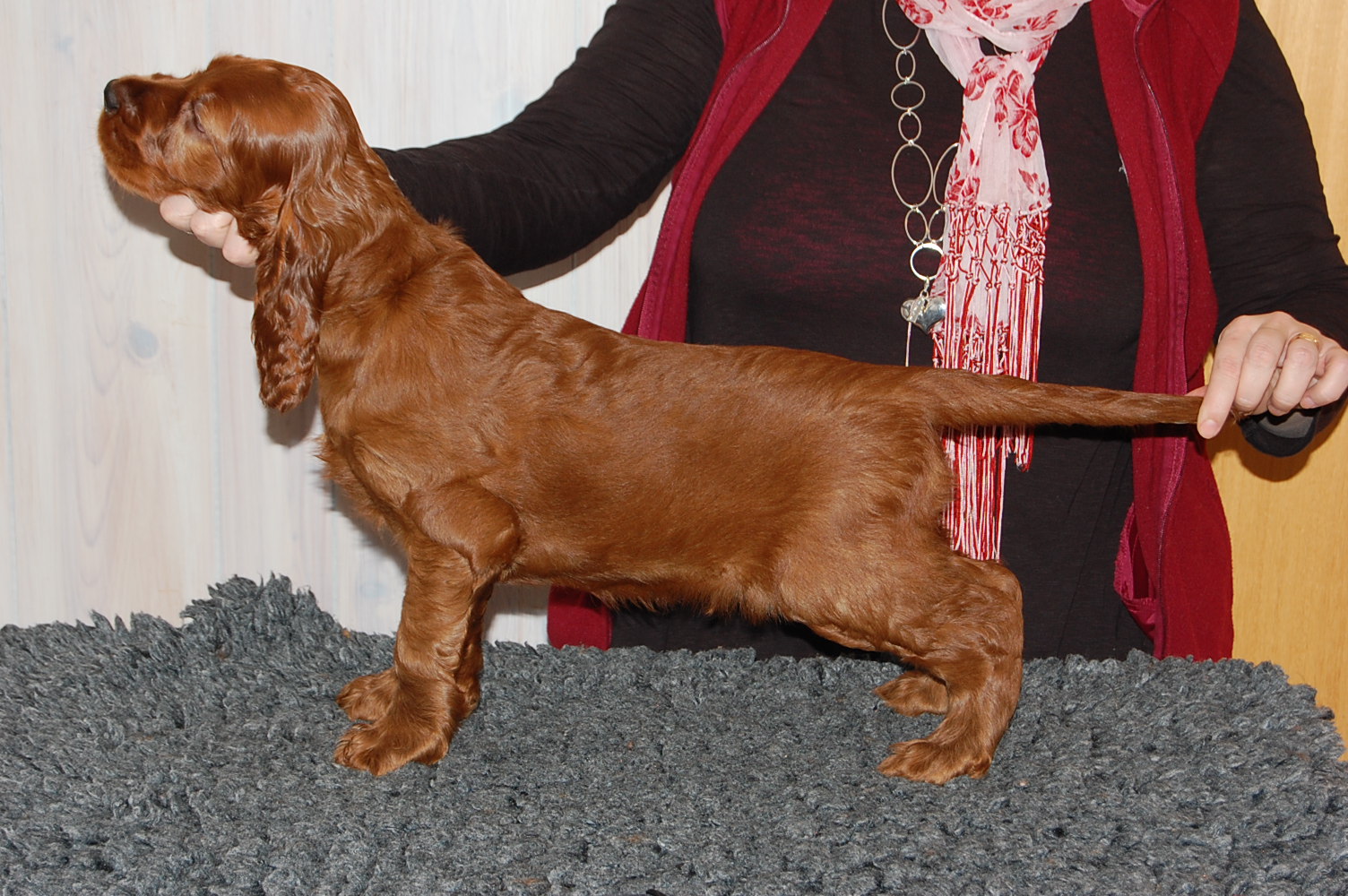 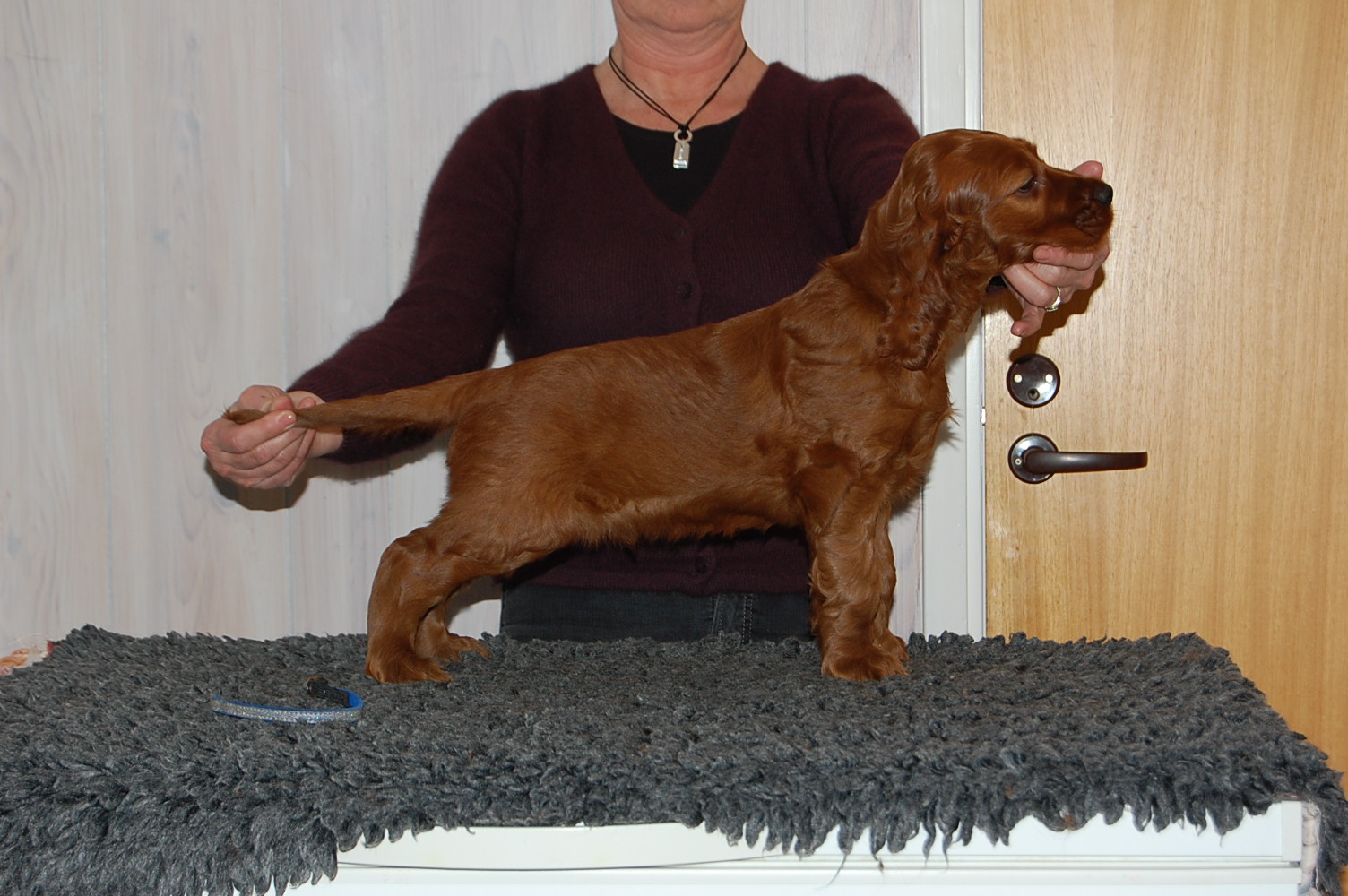 And the little girl Falling Leaves Around two million animals each year face a terrible and painful death in China. They are skinned alive. Please take your time a minute and sign, we can not just accept that this terrible animal cruelty can last, so by signing the petition you can show your displeasure.
I would warn that there are an offensive images on this page.
Thanks in advance
//Kristina…

Piteå Internationel Dogshow, Has my mum been just crazy??? 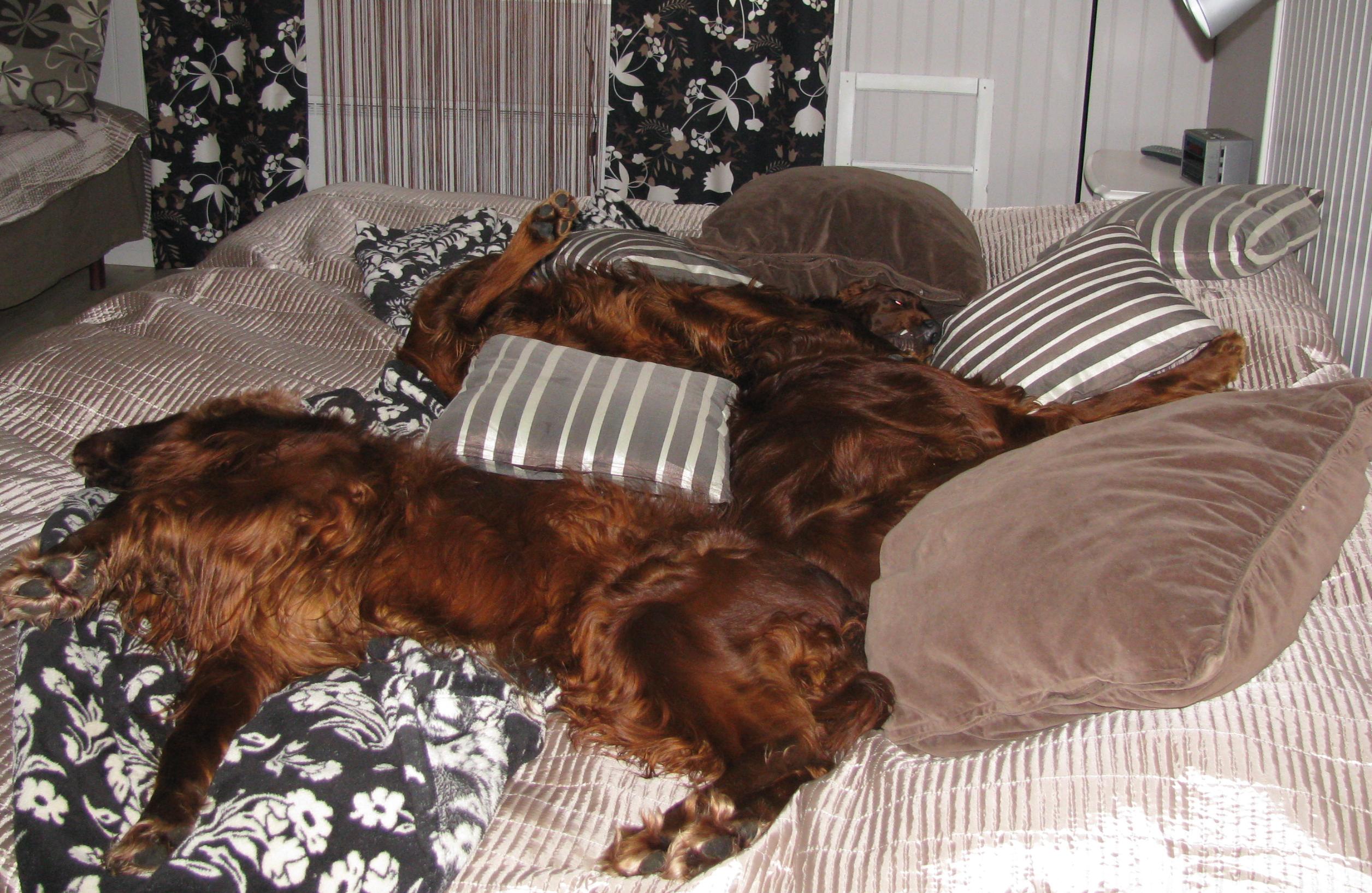 Has my mum been just crazy? She woke me up at four on Sunday morning of all days, in the middle of my beauty sleep! Thank God I got to go 350 kilometers in the car which I love :-)
Once there was indeed a lot of beautiful and perfumed ladies to sniff at ;-)
Suddenly, I would run several times around, while a jacket dressed male man looked at and what is more, he would squeeze and feel me too, and ended up looking in my mouth… Continue

My best friend for the last twelve year are gone... 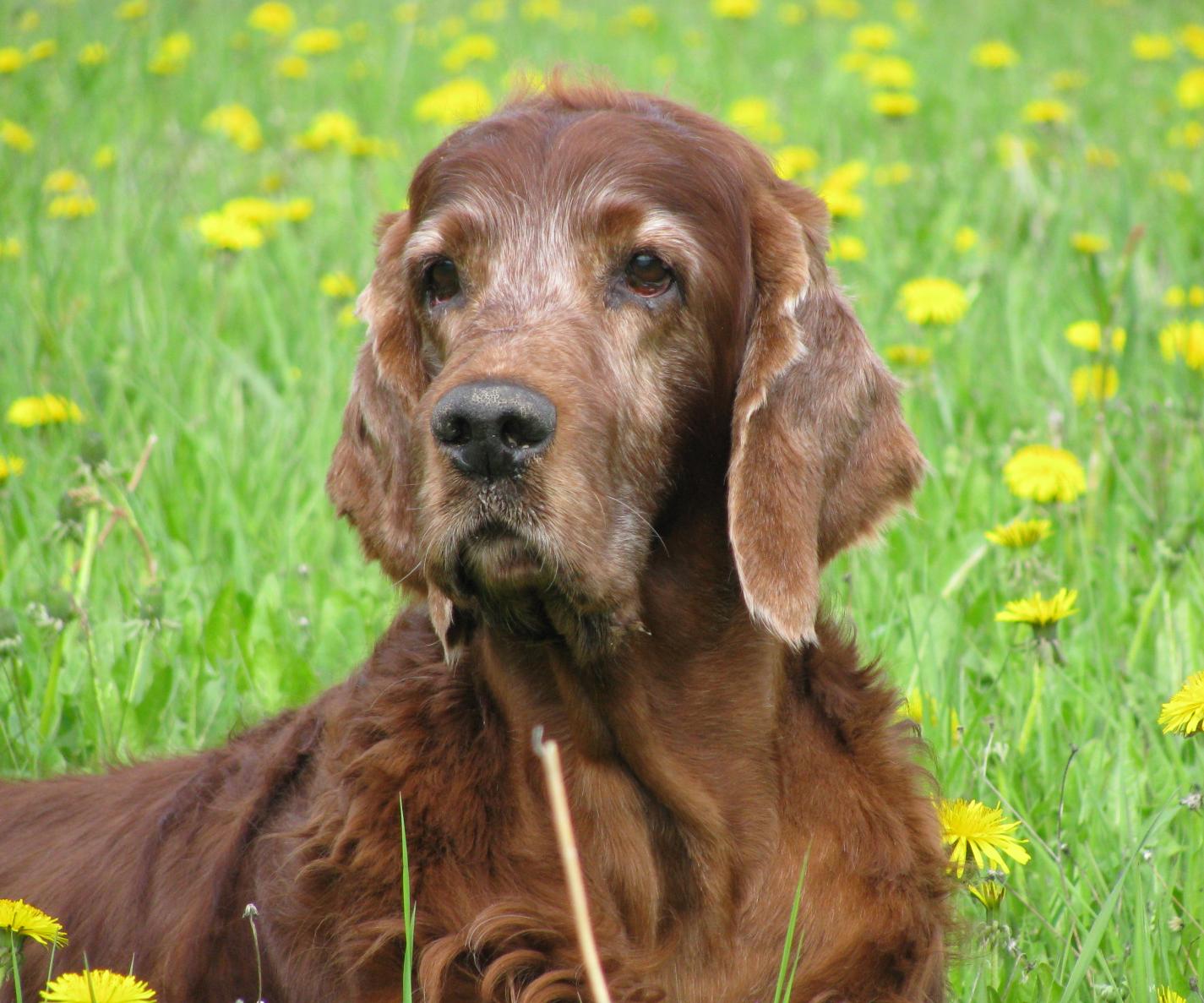 Owning a dog is mostly filled with positive experiences, but one day a decision must be taken of me as the owner.
I have promised myself that in this situation never be selfish, to think of my dogs best and let my best friend have a dignified end. It is my duty as dogowners.
With my eyes filled with tears, I would now say that Viktor, my best friend the last twelve years, one quarter of my life now is gone.
Viktor has had a long,… Continue 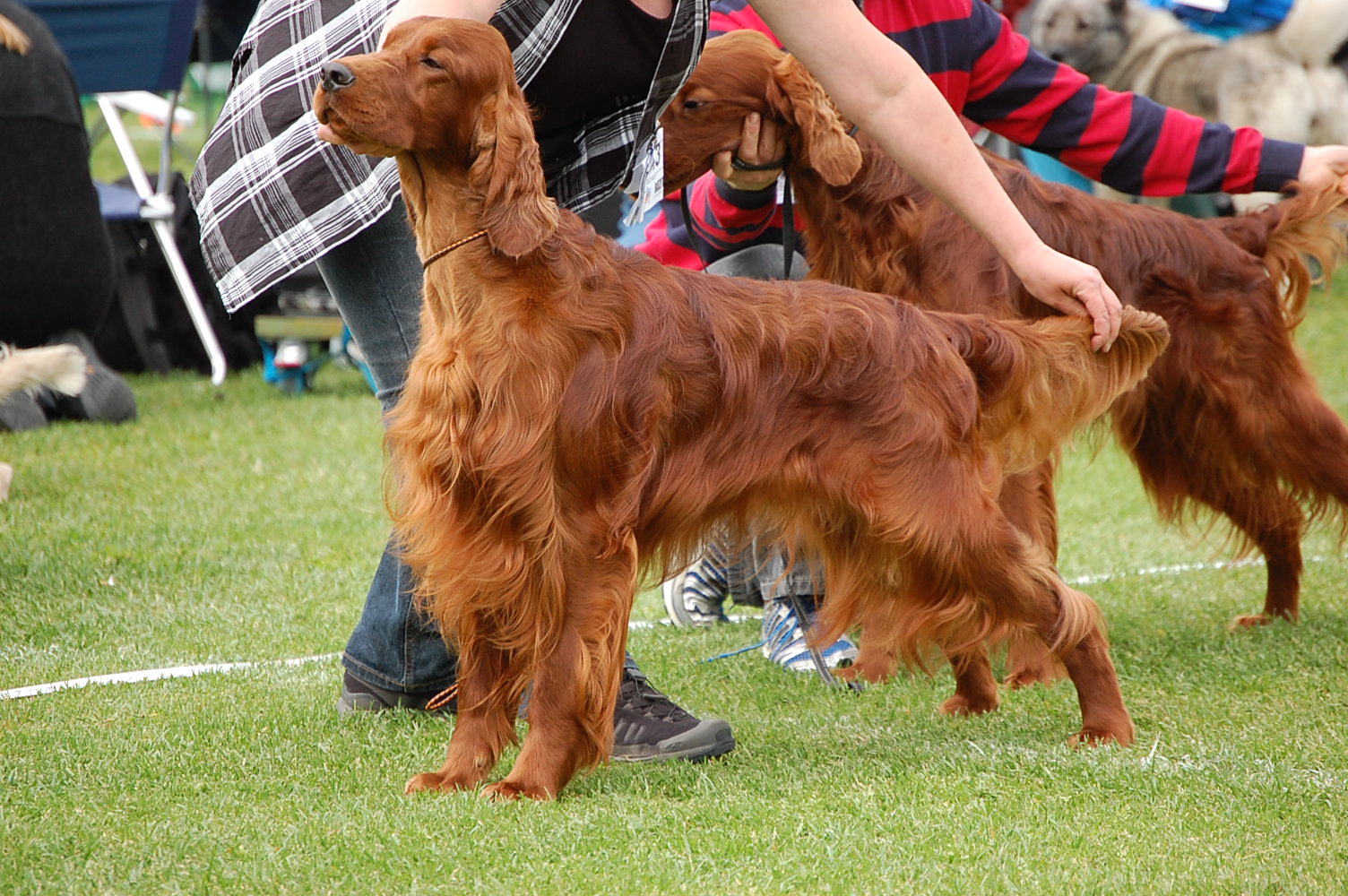 My beloved Cherry Bloom´s Charming Charlie has got his first BOB!! Than he went BOG3!!
It is truelly something speciel when your own breeding are sucessful. What really makes me happy is that Charlie walks in his grandfathers footsteps, really moves with a drive and loves to show himself and enjoys it. I am so proud of my boy:-))
Judge was Carl Gunnar Stafberg, Sweden and photos taken of mariana Åhnberg, kennel Ethelred´s. Thank you… Continue

A little report from my trip to Holland 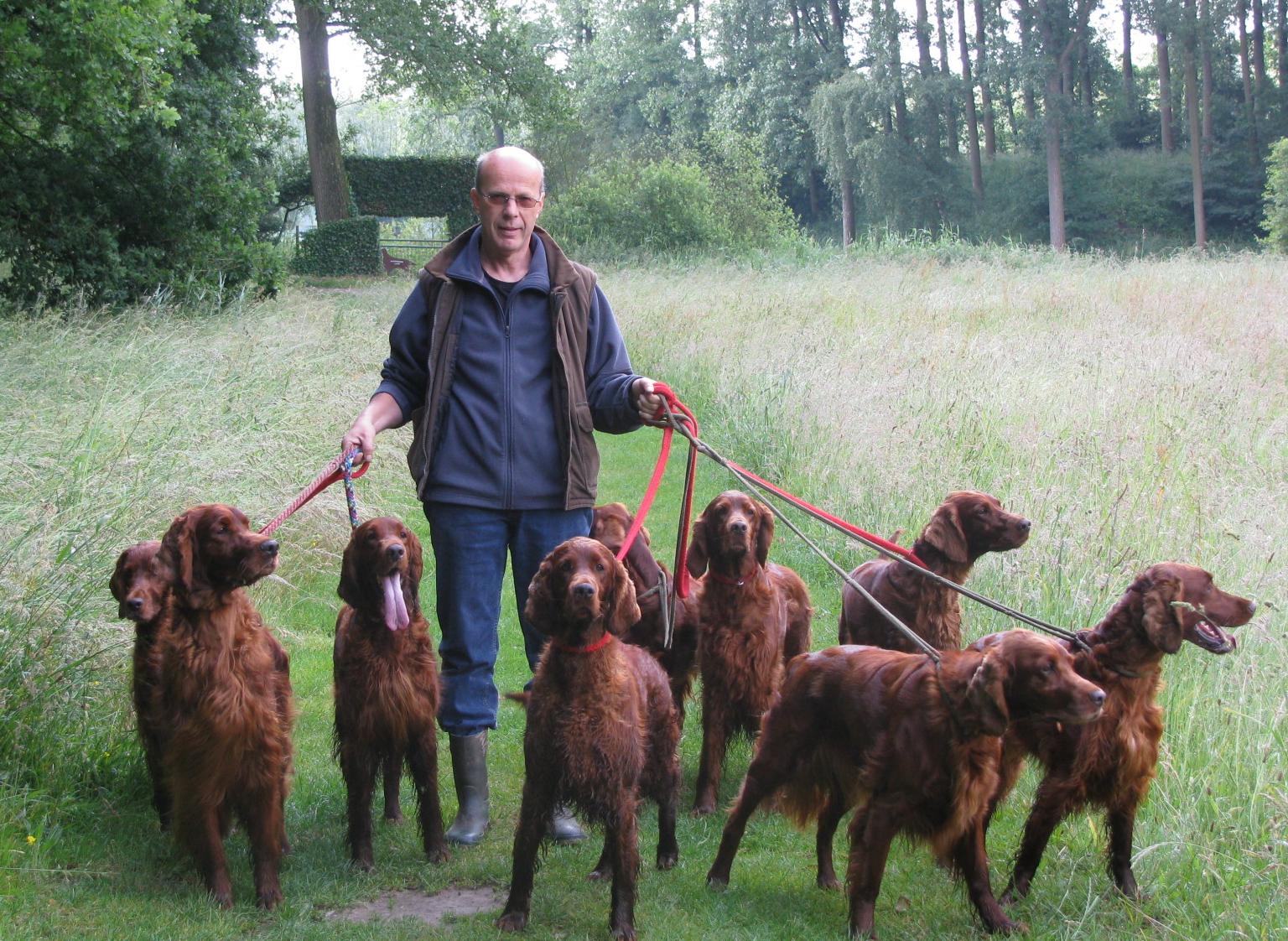 Was visiting Vera and Willy, Kennel Queenstones for a weekend and what a great pleasure it was! I felt so very welcome and it was a pleasure to see how Happy the dogs are living as real familymembers and it made me really touched. The three acer big Queenstoneland was so beautiful and the dogs could run free severals hours every day at that place. Made them all happy and relaxed the rest of the day.
Vera and Willy thank for your kindness… Continue 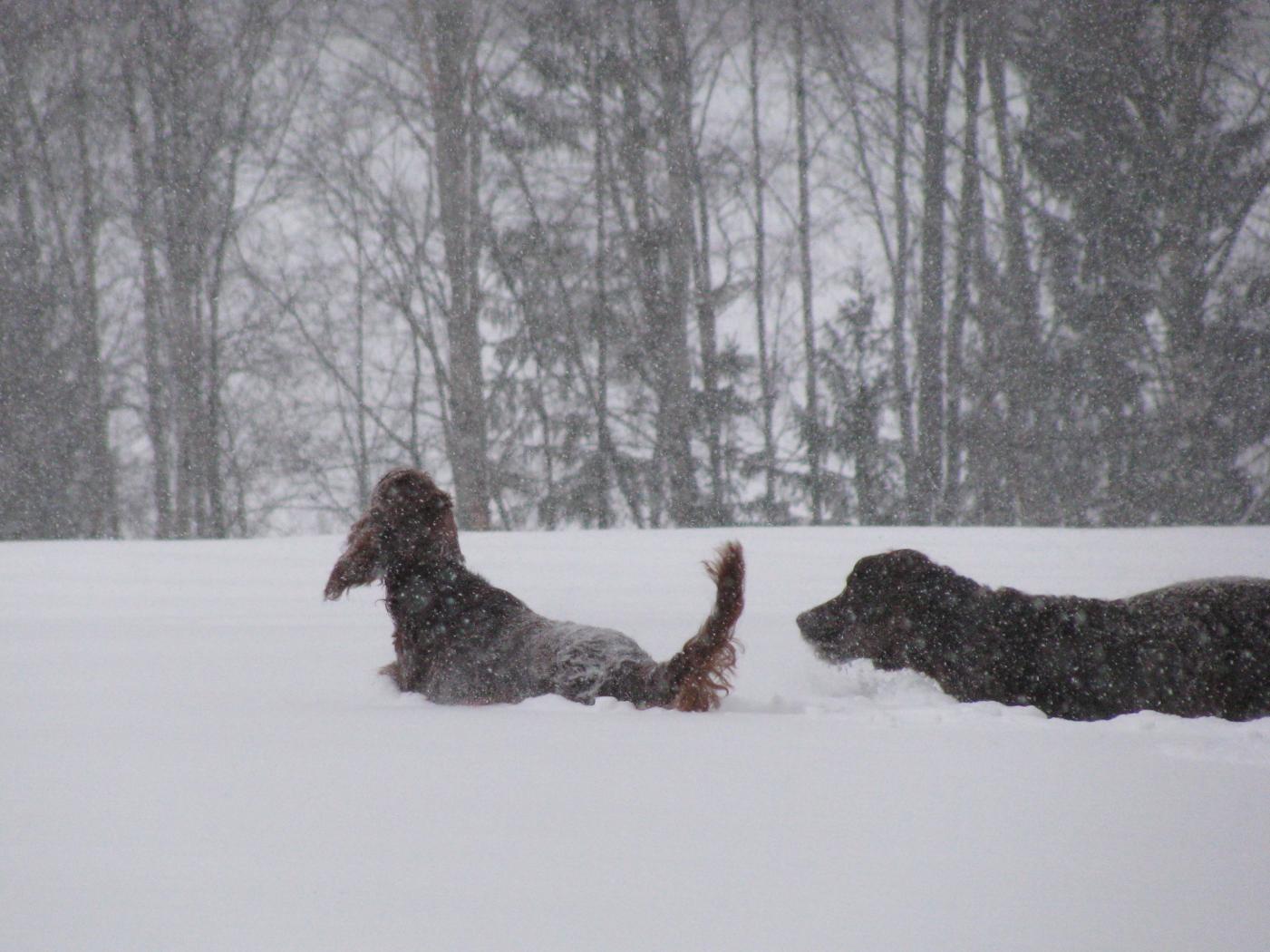 The last three days, it has snowed almost continuously. It has probably come down 30 centimeters of snow, and with the snow we had in the past is the depth of the snow almost 80 centimeters now.
Fortunately, it is cold (15 degrees below zero) so the snow is more as a powder and not so heavy and wet.Our dogs, especially the young ones love to squabble and chase each other in the snow.
Here are some photos.…
Continue

Merry Christmas to you all... 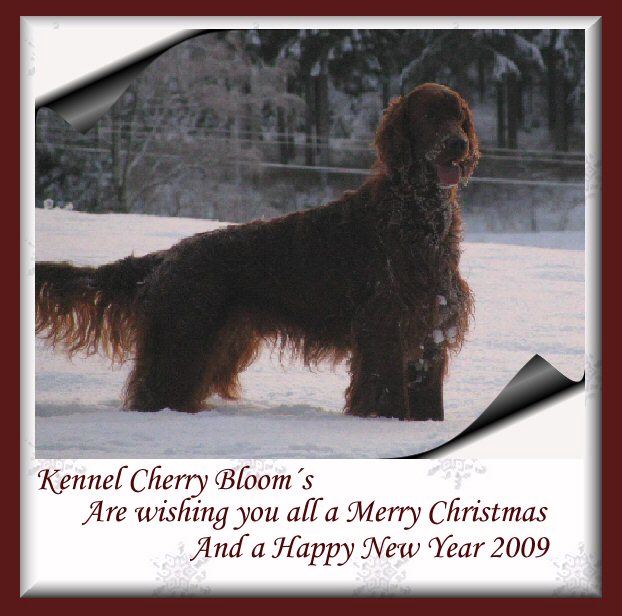 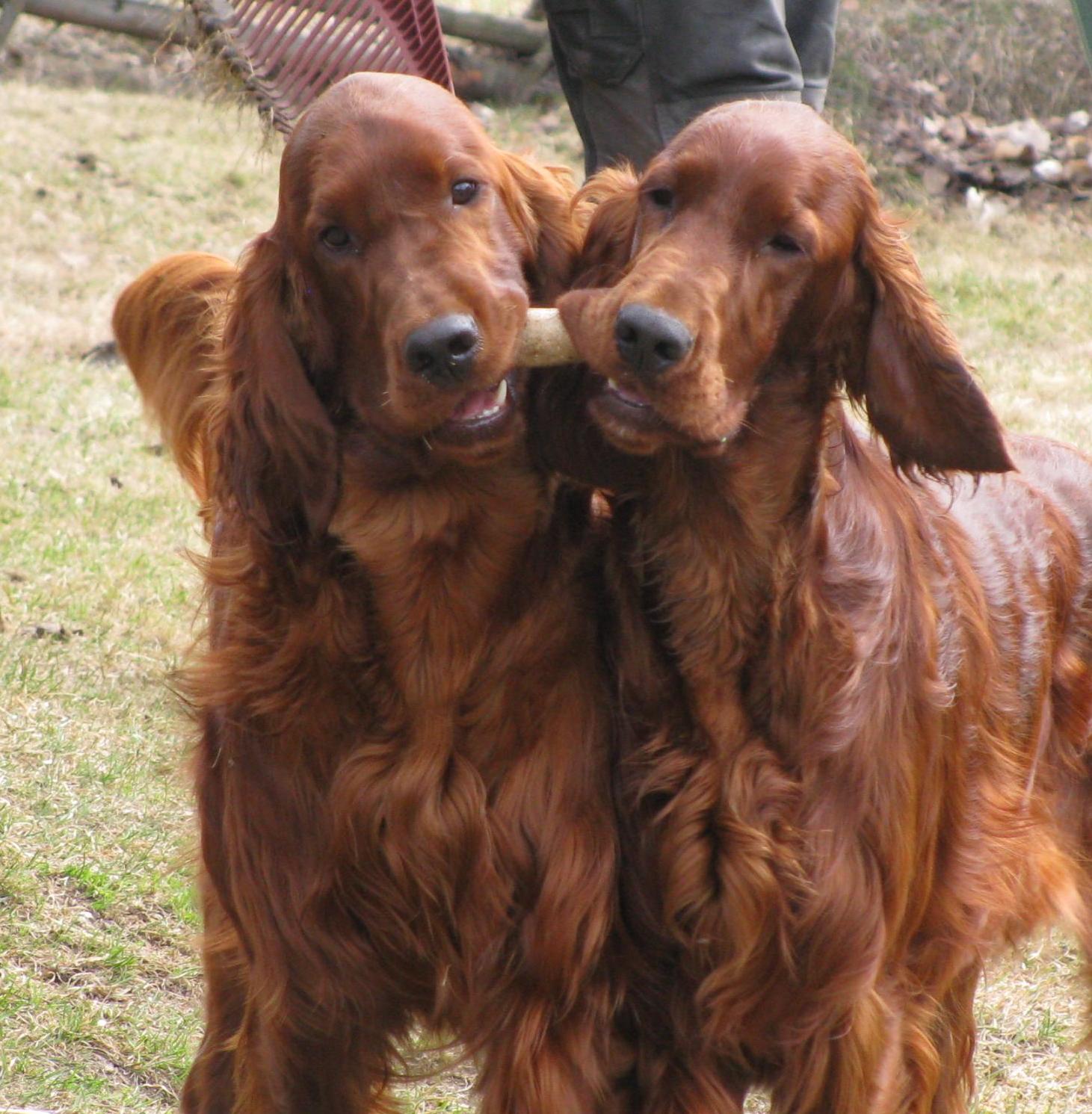 With great results Bruno AA-Hips and Charlie AB-Hips.
I couldn´t be happier, because their sister had EE-Hips and had to be put to sleep because of that. Hope that the rest of the litter will be well. 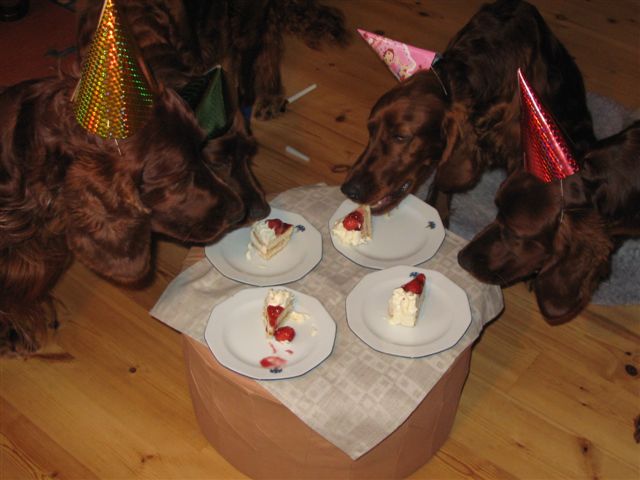 I got this photo yesterday. This is Hildur from my last litter who lives with Thord and Berit at kennel Irish Toddy´s. What more can you ask for as a breeder, when you se how much the dogs means for the owners. Hildur who was celebrating her first birthday is the one who is just taking a piece of her cake at the photo.
Isn´t it so lovely to… Continue 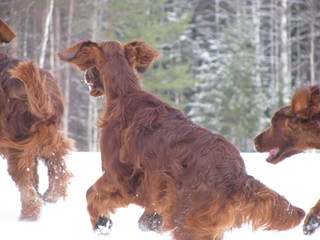 Me and my dogs wish you all a happy and hopefully sunny Easter! Now I have a new website the adress is: http://cherryblooms.se
Very Welcome! My lovely boy "Viktor" 10,5 years old, was BOB veteran and ended as fourth best mail.I am so proud and like to thank Sussie Larsson who handled him so nicely, you are the best! 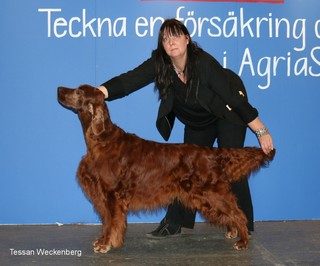 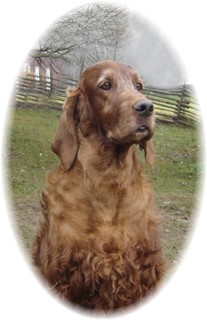 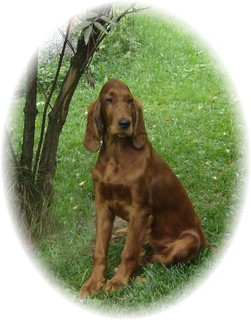 Our belowed friends "Amadeus" and "Vera" is now in a better place where pain dont excist.

Just in a couple of weeks we lost you both.

We miss you by our side, we miss your waving tails, but you will live forever in our…

A fresch Veteran at Herrfallet