Theoden is from working lines breed here in Wexford (Capparoe & Blackstairs) and has many working F.T.C's in his lines and although he has never been formally trained to hunt...there's nothing on this earth he enjoys doing more !

Even as a puppy, he was only happy with his head stuck in a ditch or stalking rabbits in the nearby park. 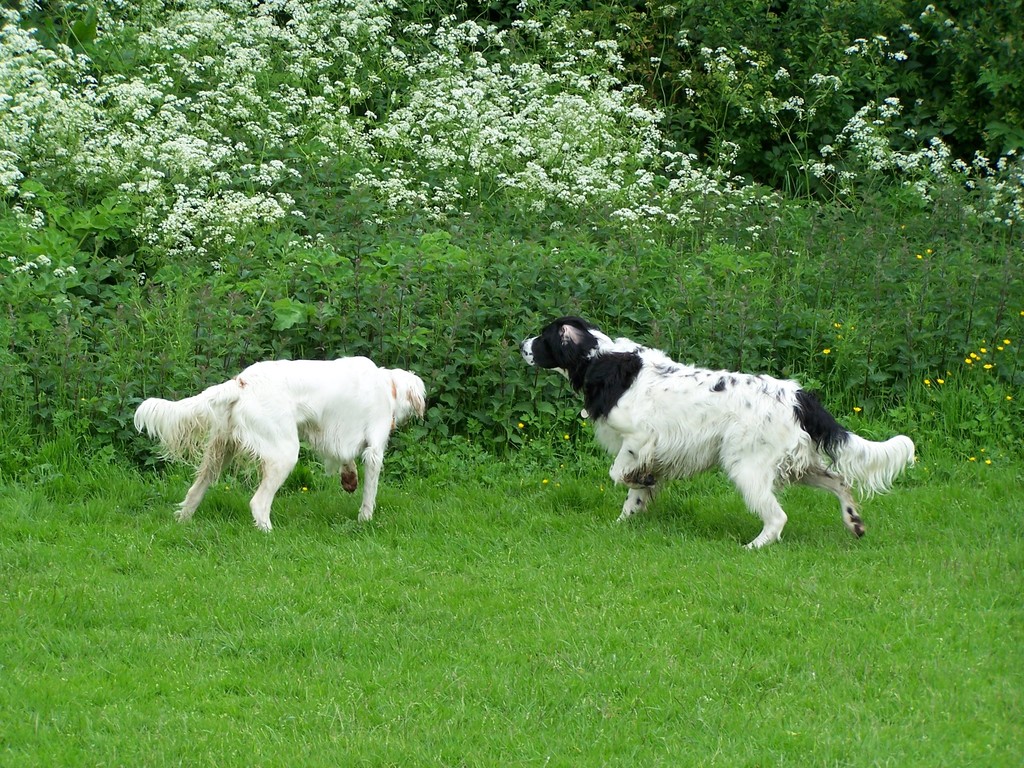 This little rascal is an independant dude, healthy, brave & intelligent but sadly suffers from occasional bouts of 'deaf ear' syndrome...uncurable apparently :) although tastey bribes have been known to cause brief peroids of remission.

He adores the water (though avoids dirty puddles while out wakling) and would swim in the sea for ages ...even better if there's something around to 'hunt' :) 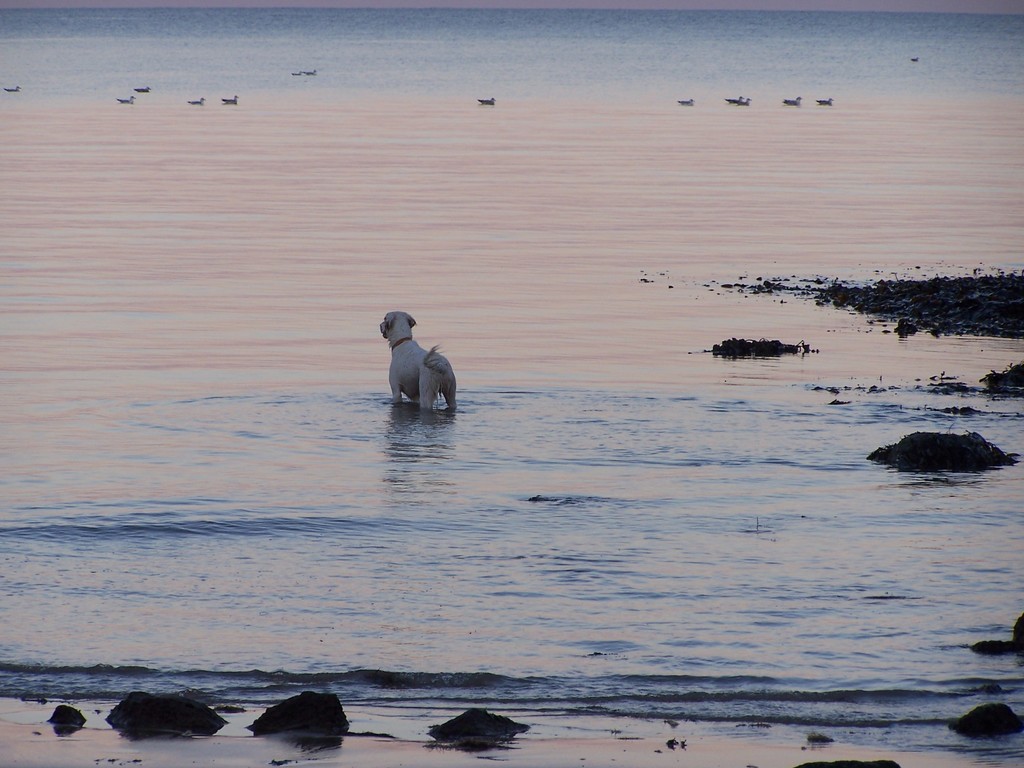 If he's not able to go out after his usual 'game' outside (mice, rats, rabbits,birds) then he's quite happy to pounce on the occasional spider he finds in the house or stalk some unsuspecting fly minding its own business & then 'BAM'...no more fly. 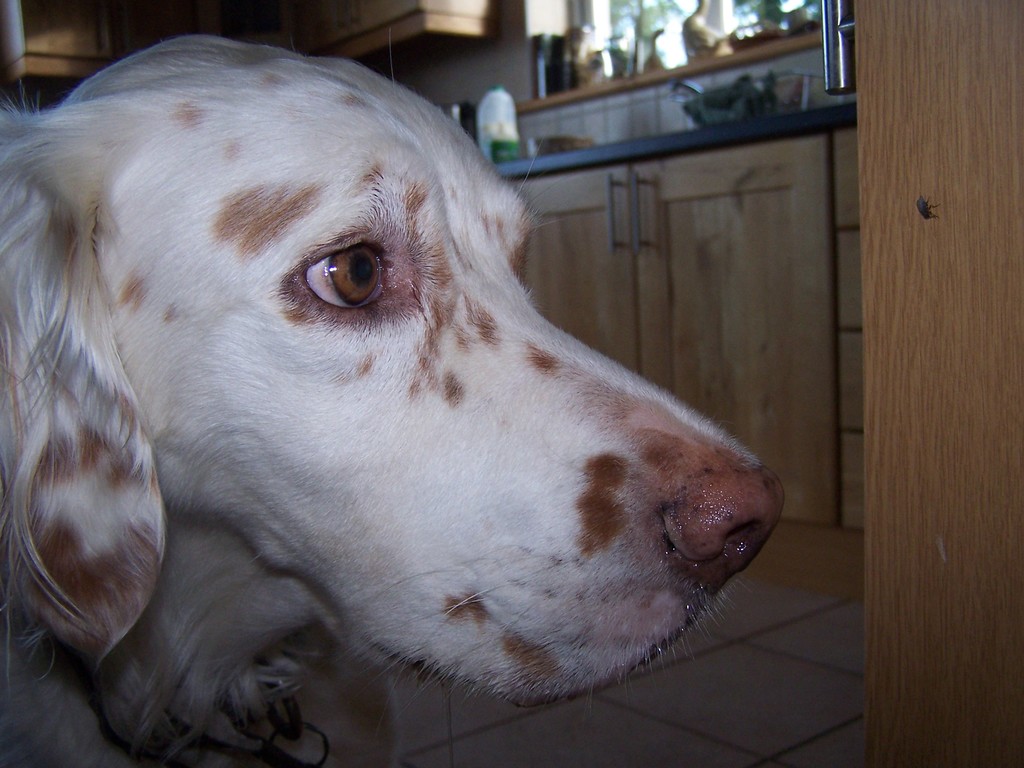 As every setter owner knows...they have more energy to burn than the national grid ! Dark winter evening & horrible wet days can be a nightmare, Theoden & Legolas like to keep in shape by hitting the treadmill for a half hour or so if its just too bad to go out :) He's a bit of a Diva at times...would sell his soul & probably mine for a brush & blow dry...is in love with the hair drier ! But his biggest vice would be raw hide chewies and does what I call his 'Chewie Dance' at about 9 every night until he gets one :) When I moved to Wexford nearly four years ago, I started to show Theoden at local dog shows, mostly field days & county shows, it was a great way to meet people & get to know the surrounding area, much to my suprise, he did really well and has a decent collection of 'Bling' for three summers of showing :) not to mention all the dry dog food he wins comes in very handy ! 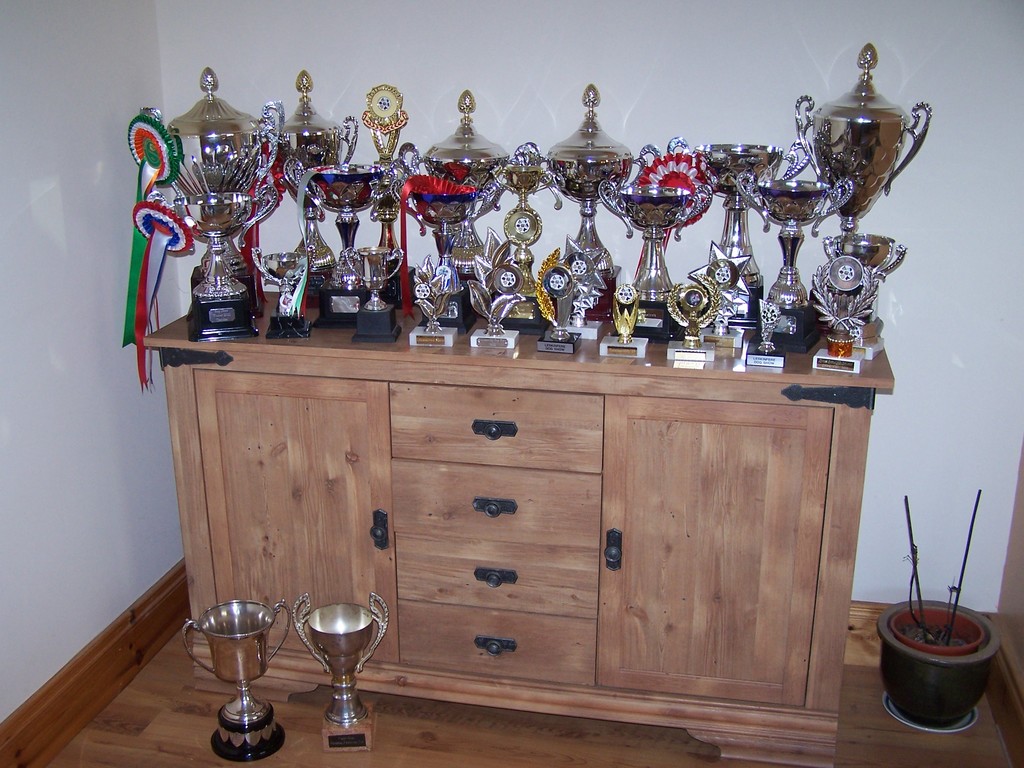 This summer will be his last though to show...maybe just the odd field day here & there & then we'll let the new little man Rohan take over :) but not content with going quietly...Theoden had great success in Adamstown recently wining the Handling Class (Ladies), Best Gun Dog and Champion Dog of the Show ! 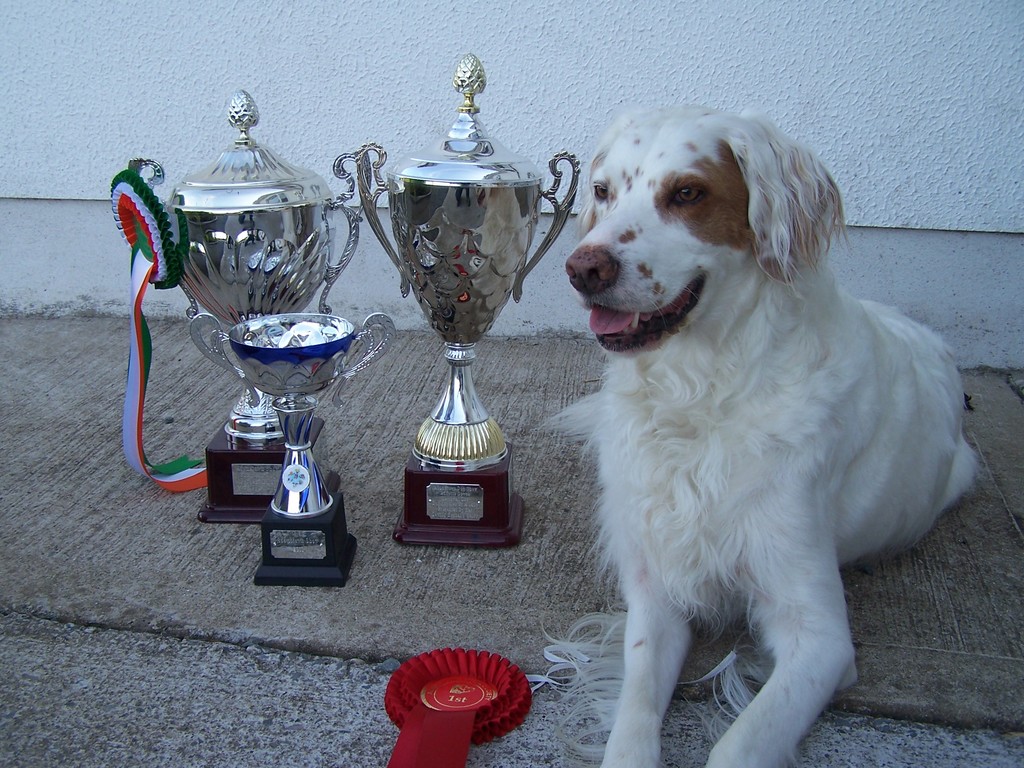 Comment by Sherry Miller on July 7, 2011 at 1:06pm
Happy Birthday Handsome Theoden....seems you have been having lots of fun and wishing you lots of happy hunting on your special day.

Comment by martina mckeag on July 7, 2011 at 5:17pm
Happy birthday Theoden Michelle great photos of your lovely boy and all those cups you must be very proud of him hope he has many more

Comment by Dee Rance on July 7, 2011 at 5:27pm
Happy birthday Theoden....Wow love all the 'silver' clever boy...time will never really show on his face...it has always been white...lucky boy....and so lucky to be living where he does...such beautiful scenery...and he can hunt till his heart is content....

Comment by Chantal McIlveen-Wright on July 8, 2011 at 5:26am
Happy Birthday handsome boy!!!!  what a great life you have Super 7, love to read this blog, thanks Michelle.

Have a great summer and lots of 'Chewie Dance':)