Little Fokkers are already quite big and now are waiting impatiently for new members of Rude Ziółko family! 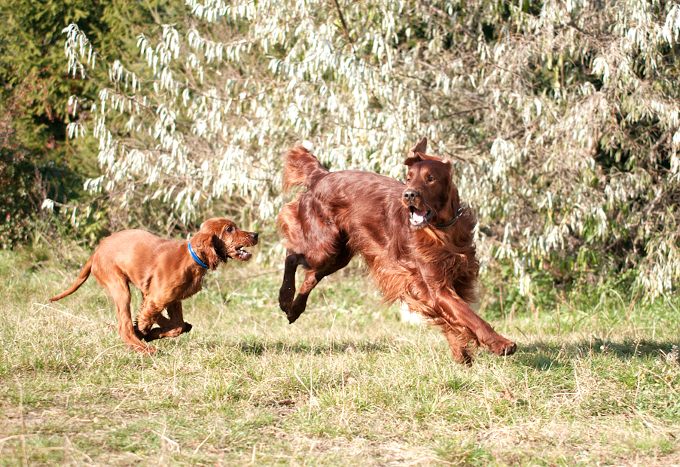 Some of his brothers and sisters are still waiting for their new owners. If somebody need a setter for rodeos, you already know where you can find…

Do you remember a tulip bulb which refused staying in the flowerpot and decided to be a working setter? It's still determined to do it: 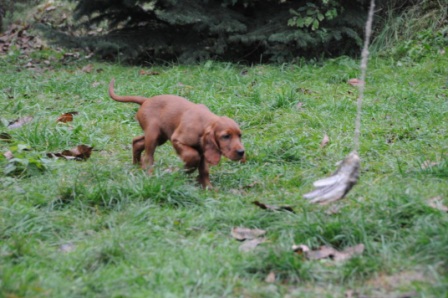 And has brothers and sisters, who have the same purpose:…
Continue 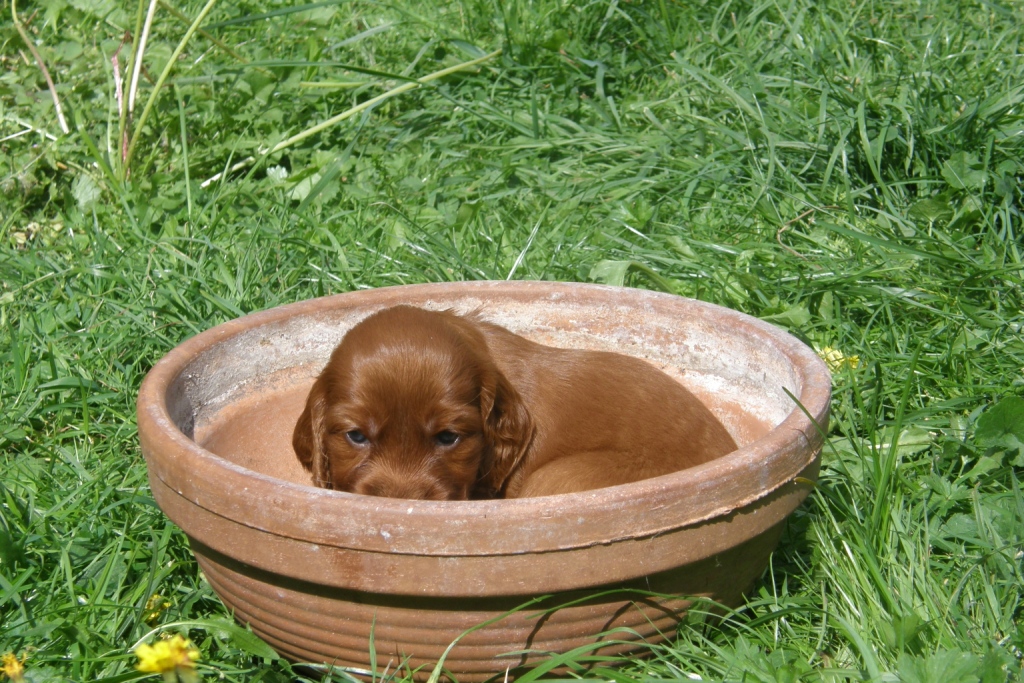 So here there are: 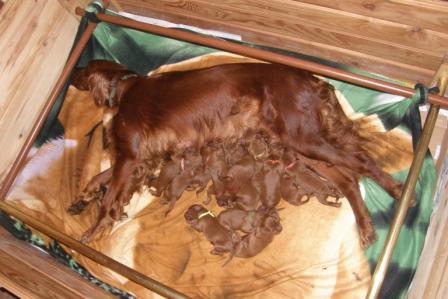 17th of August our first litter was born. We have "Lucky Thirteen": 7 girls and 6 boys. The mother is Lohmann's OTTER-FOKKA and father PALISANDER Rude Ziółko. FOKKA…

It's a long time since I wrote something here. In the meantime our second daughter was born and we moved to a new house so there were no time for other activities. But now, having much more space, I can realize my plans of breeding working and good looking setters. We are just waiting for our first litter from Fokka (Lohmann's OTTER-FOKKA) and PALISANDER Rude Ziółko. Some photos of…

It will not be a very fresh news, as the Memorial took place 6th of September. But better late than never...Briefly speaking, we went with Fokka to Czech Republic and took part in an international autumn field trial. Result: 2nd prize diploma, 125/136 points. Such score would be enough for 1st prize diploma but Fokka didn't obtain maximal score from searching in rushes.
We got following notes (4 is maximal):
-searching, style 4;
-pointing, footing 4;
-wind 4;
-searching… Continue

Podolski will play in Poland! 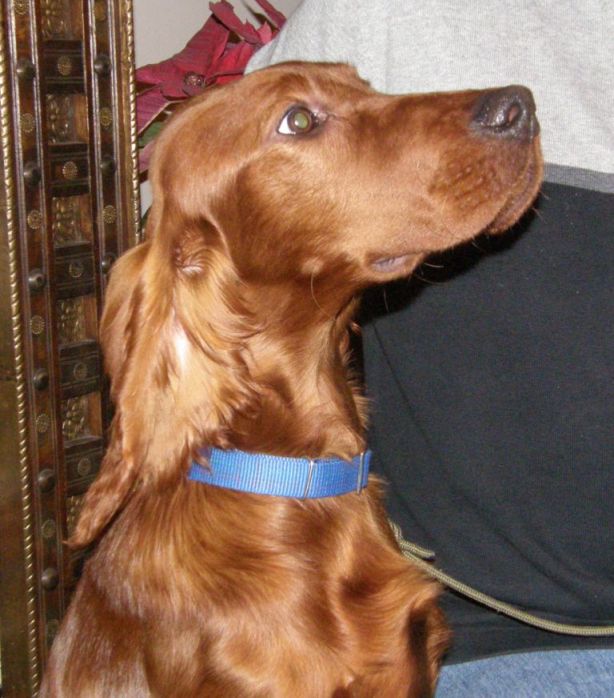 After few days of hot negotiations between FC Lohmann’s and KS Tamta Strona Lustra his transfer is already a fact. Christiane Lohmann, the president of German club, is sure that her charge will have a great future in Poland. Also Paweł Bombik, his new coach, faiths in his success. Below Lohmann’s Podolski ‘Dunhill’ with his new… Continue 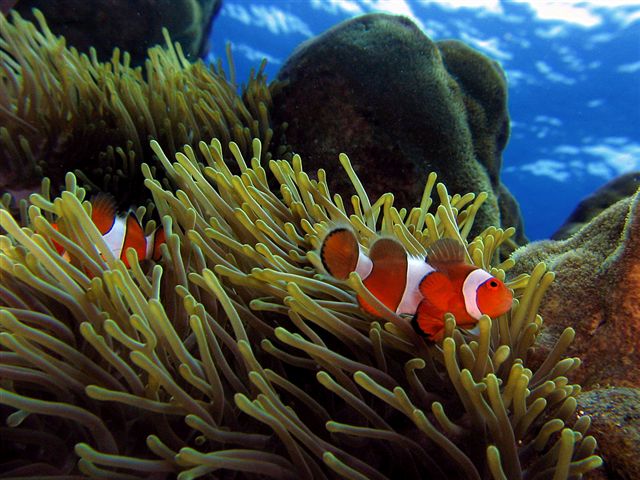 A bit late, short relation from our Christmas. While human members of our family enjoyed Christmas dishes, the fourlegged members were waiting patiently for the important moment of giving gifts. 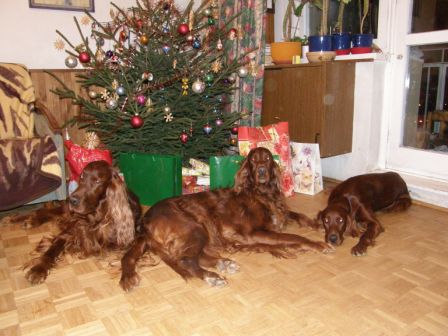 First short questions about your behaviour last year...Fokka had the worst problem with honest answer but was justified because of her young age. 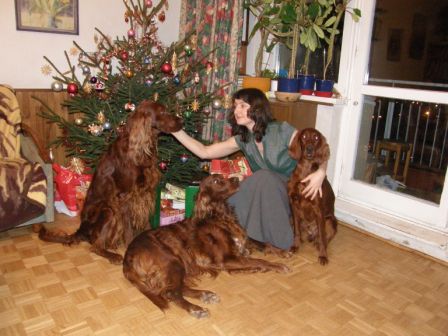 The building work is finished! Fokker's Airfield is ready for visitors arrivals. We invite you to land on www.fokkers.pl!

Three weeks ago we spent very nice weekend near Pszczyna in southern Poland. I was assisting on International Autumn Trial and Fokka and Janka were spending nice time with their friends. Beautiful photos are taken by Ewa Kasprzyk, the owner of Fokka's friends.
There were time for playing...… 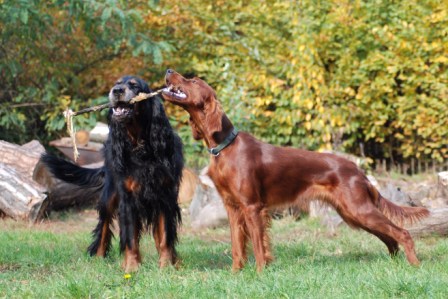 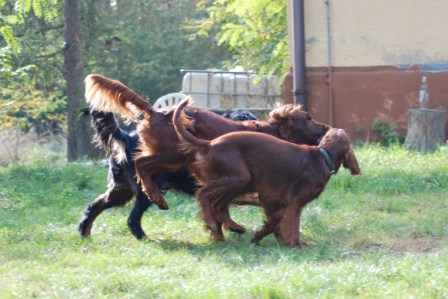 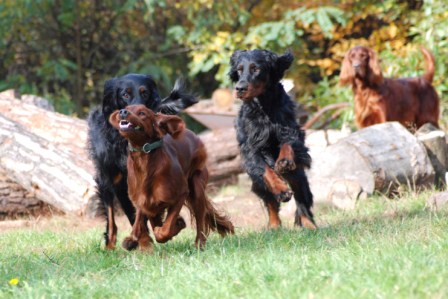 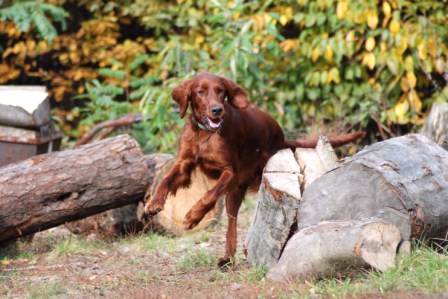 Thanks to everybody for congratulations!
I see I have to explain in what consist those tests...There is some commotion with nomenclature because if translate literally from polish, it would be: 'field trials'. And it isn't the true field trial but the test for young dogs (9-24 months) of natural predispositons to hunting: pointing, nose, style of searching, speedness, obedience are judged in the field and swimming in the water of course. Swimming without retrieving - you can throw… Continue 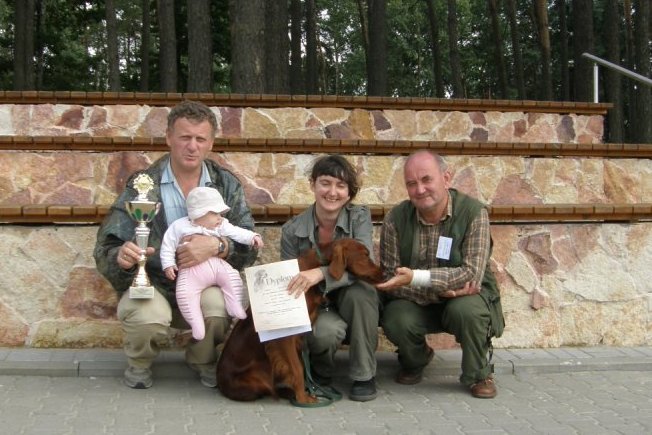 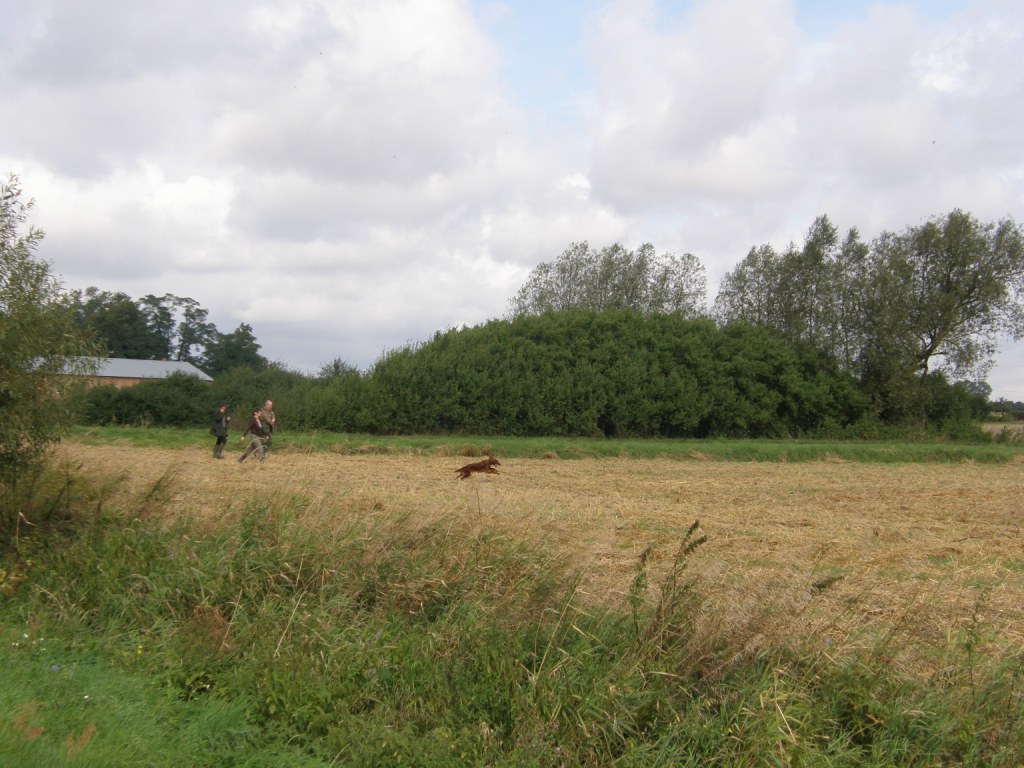 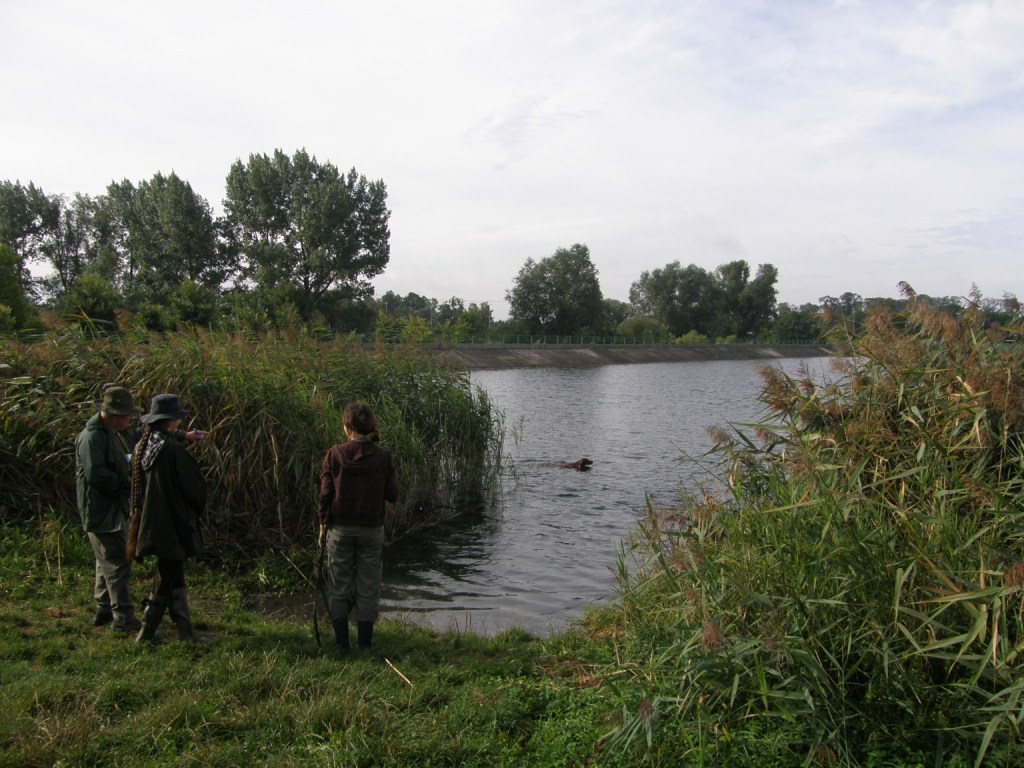 Our Fokka got 1st prize diploma on field tests in Piotrków Trybunalski, she took 8 place among 38 dogs and was the best british pointing dog. And our Janka got a big cup for the youngest… Continue