First some of the guys... 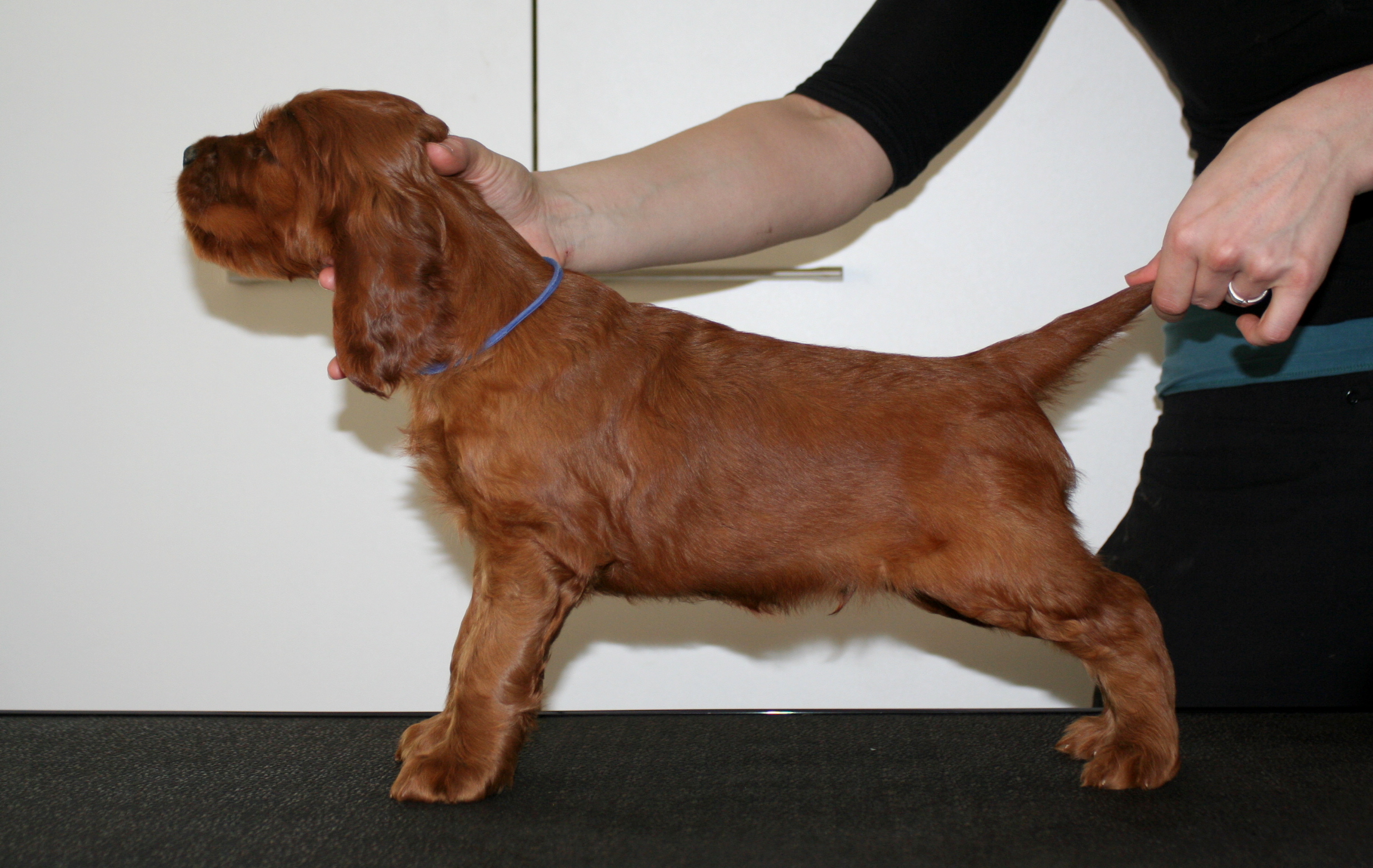 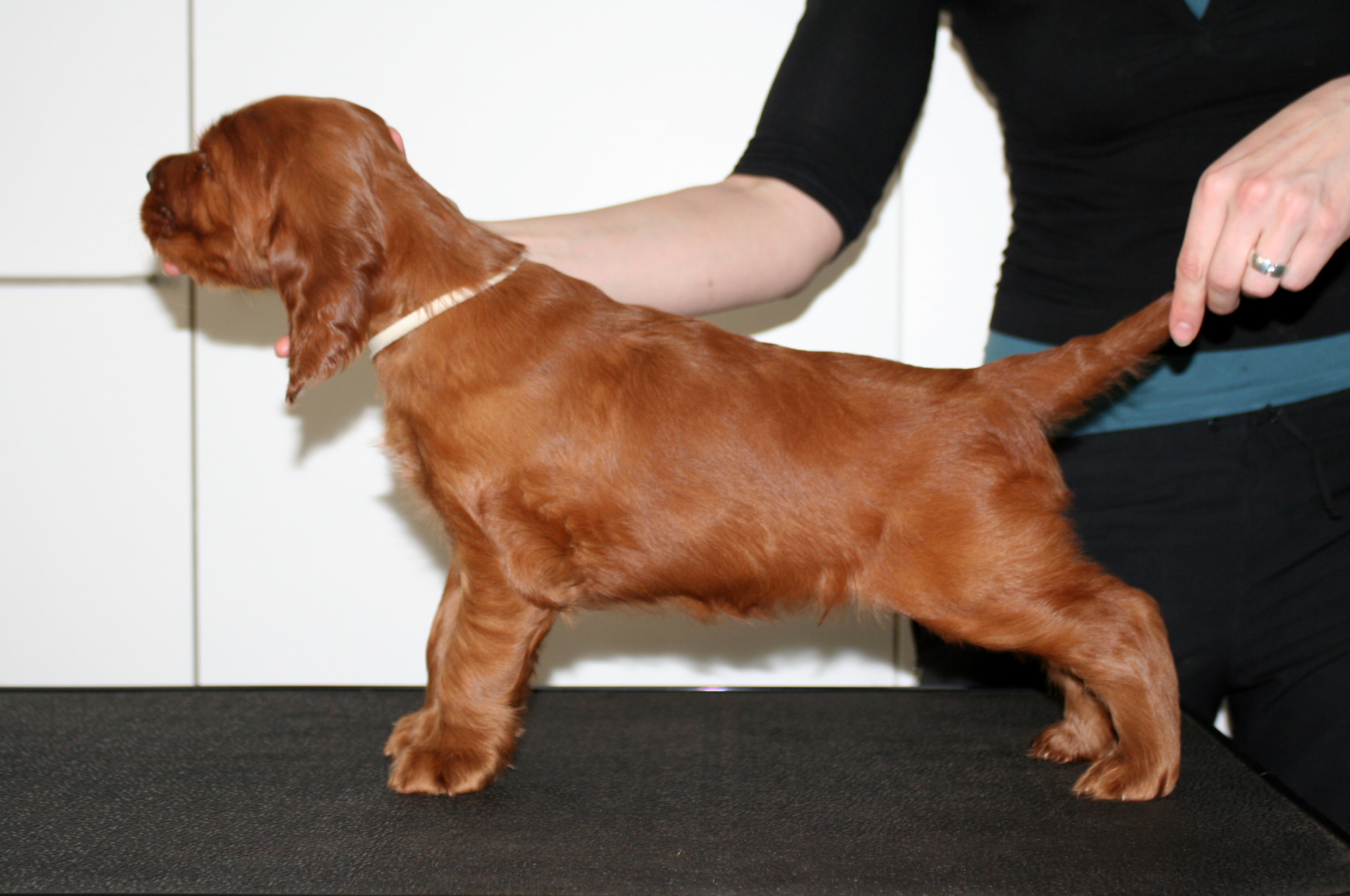 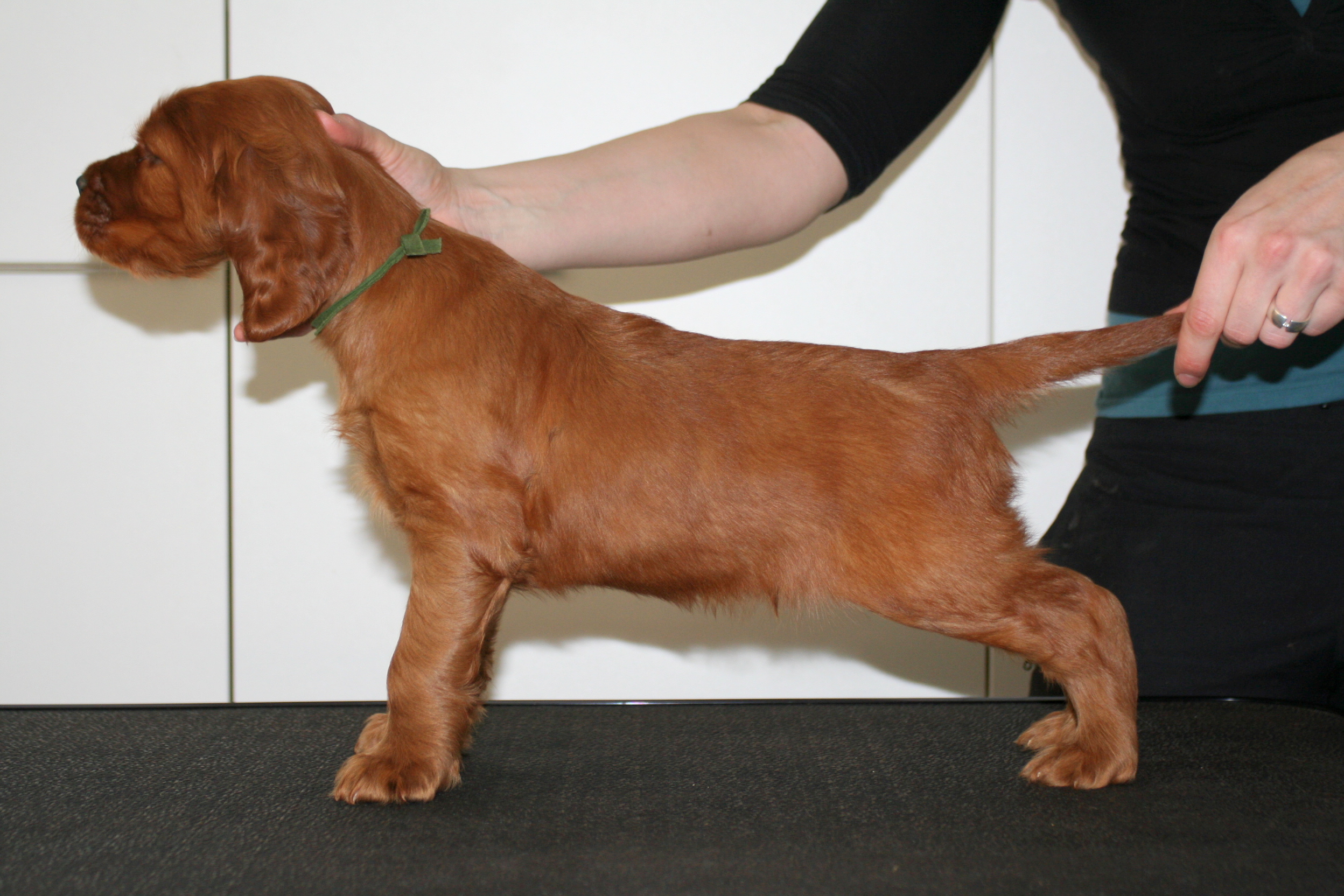 New photos and some video of the puppies!

The puppies of Tessa (FIN JW-06 Kerrylaw's Countesse) and Chippen (KBHV-07, SW-08 Don't Blame Me) are almost three weeks old. They are getting playful and already walking around. The love watching things and listening to sounds.

Here are some new photos. There are also three new videos on my video site!… 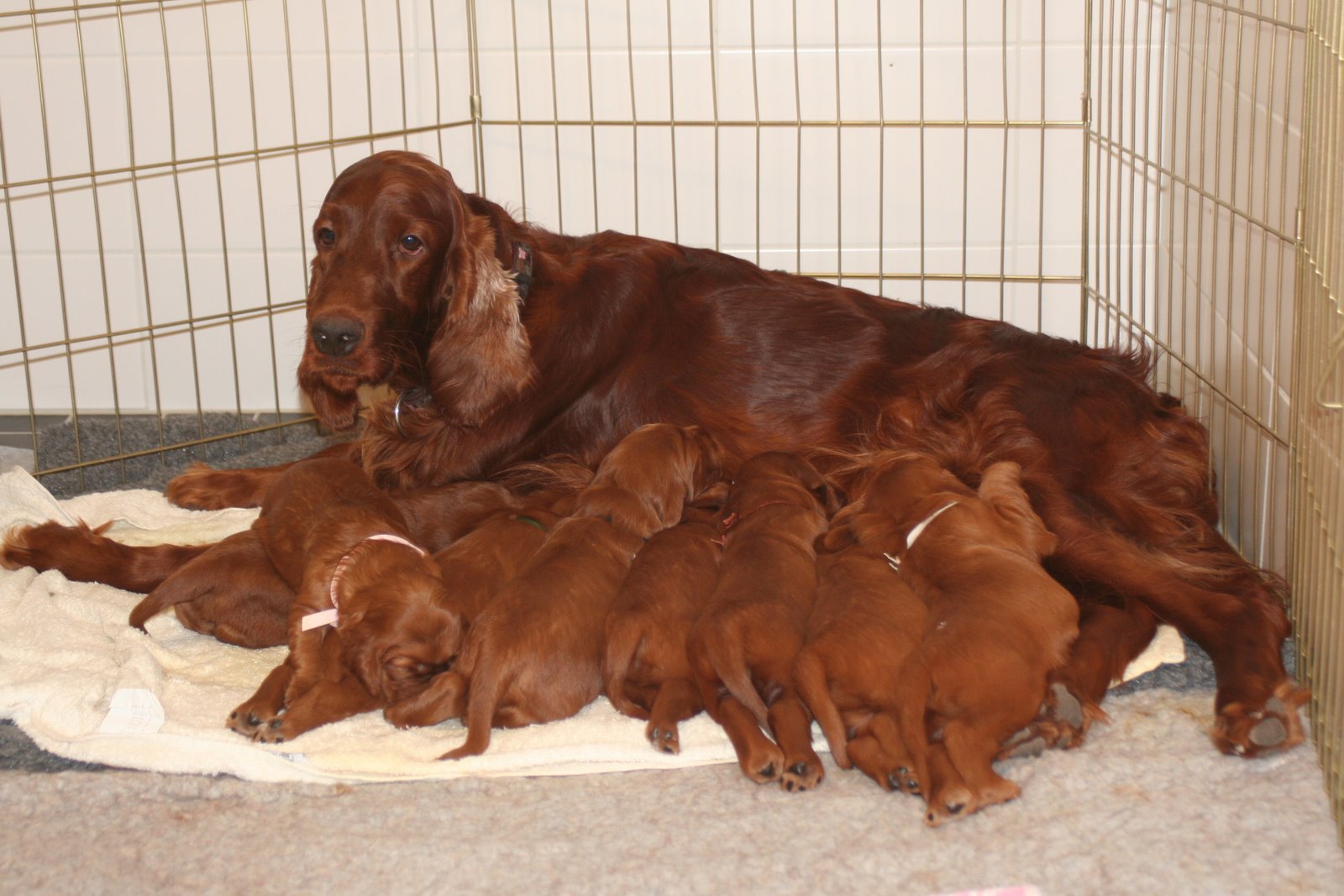 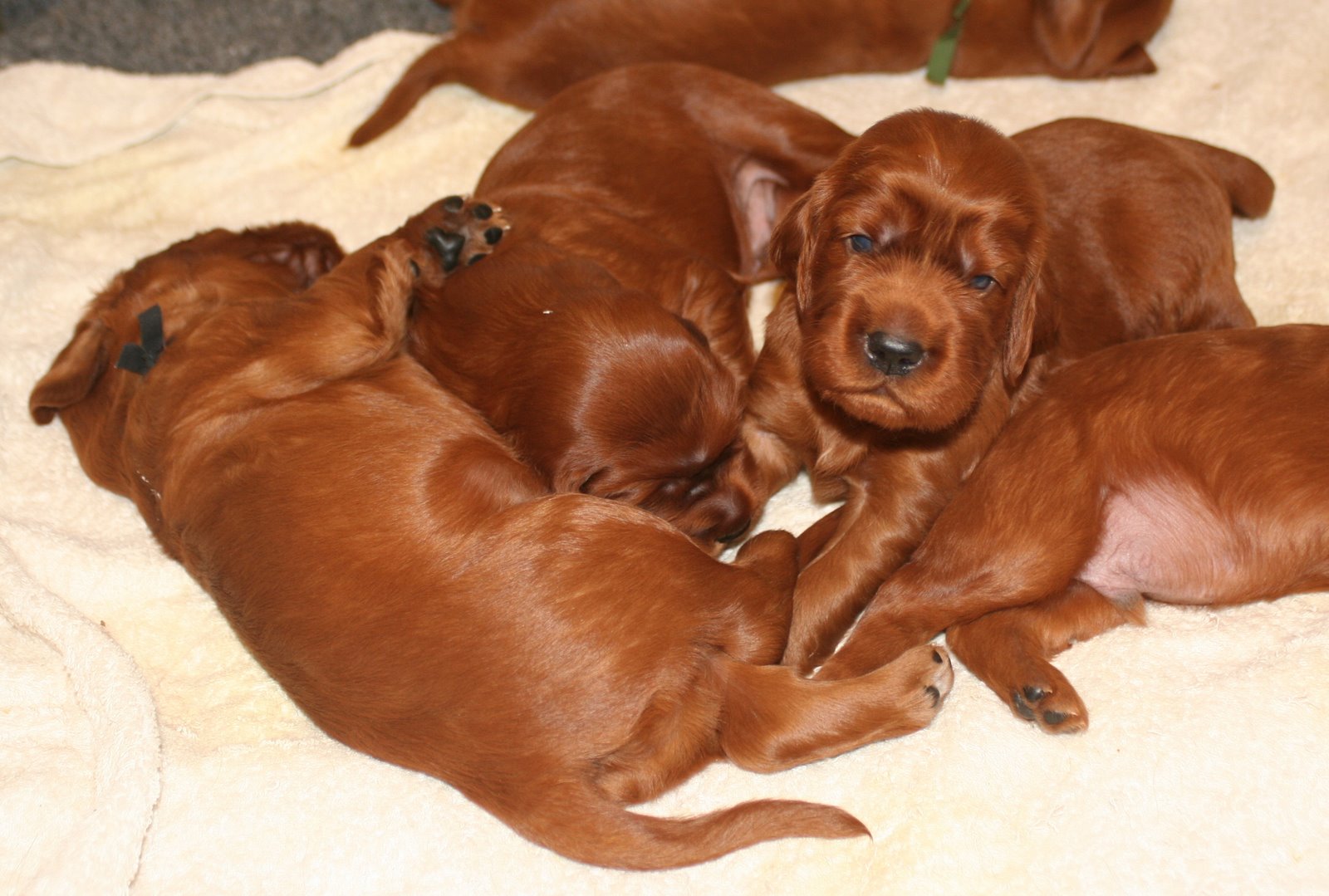 Puppies are almost two weeks old. They're opening their eyes and taking their first steps. Adoring... 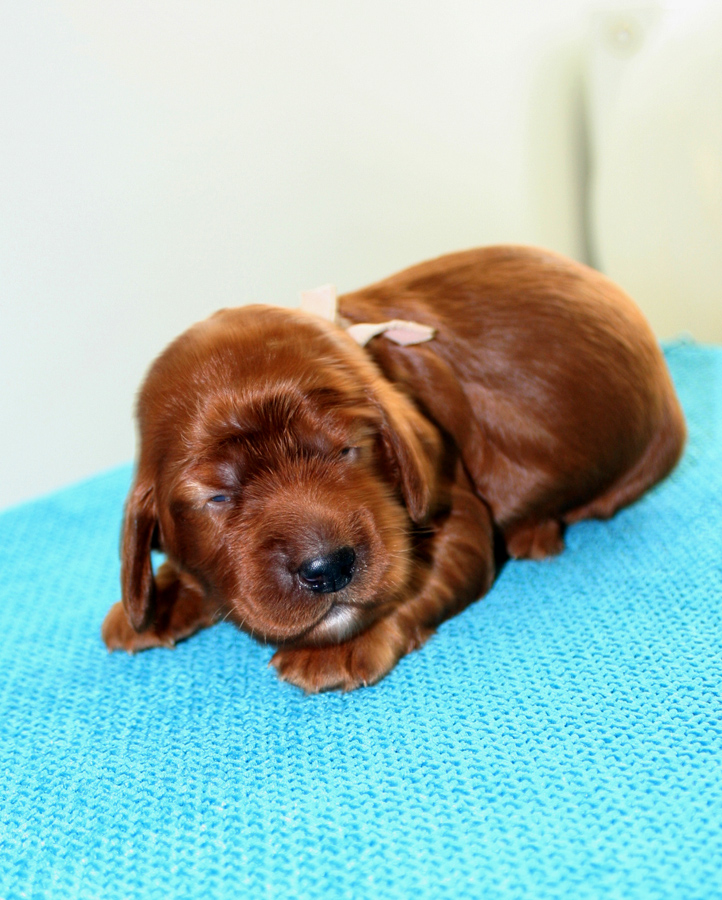 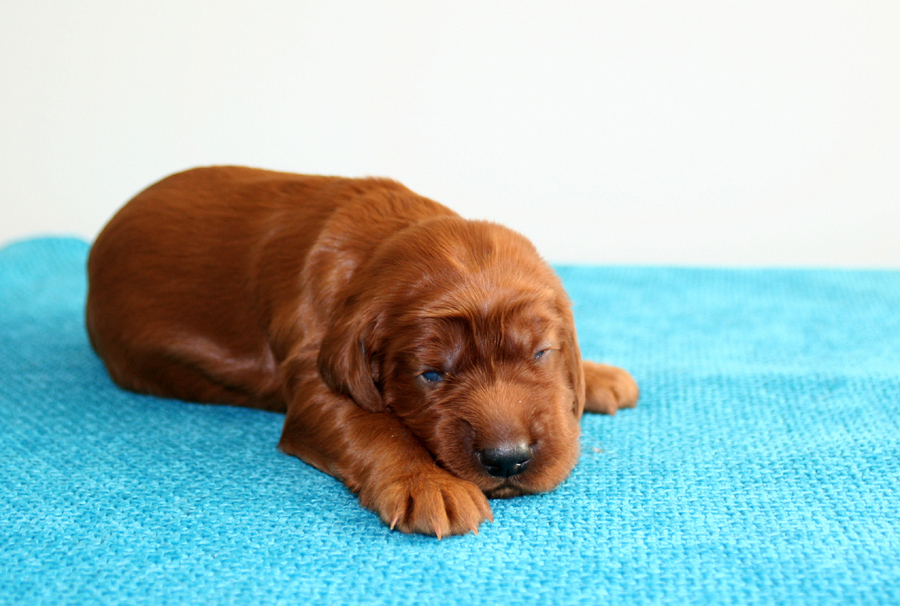 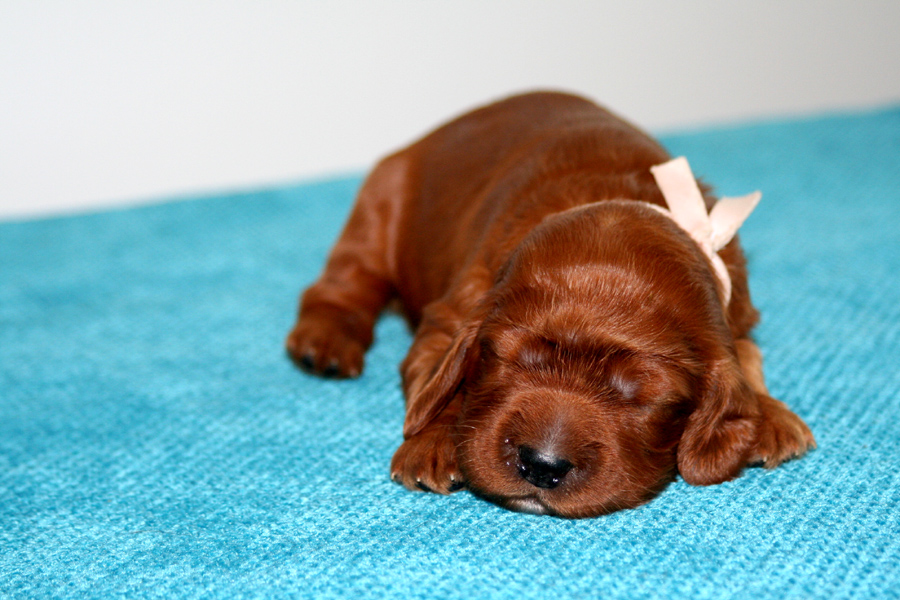 We have some cute little puppies!

At last there are little ones in our puppy box!
Eight beautiful puppies have filled our life with joy. Seven of them are brave and energetic boys and one is a cute little girl.

The little ones are after "Kerrylaw's Countesse" (Tessa) and "Dont Blame me" (Chippen). Tessa is a great mother and takes really good care of the bunch.

All the puppies are eating well and growing fast!
Here are some pics of the puppies...… 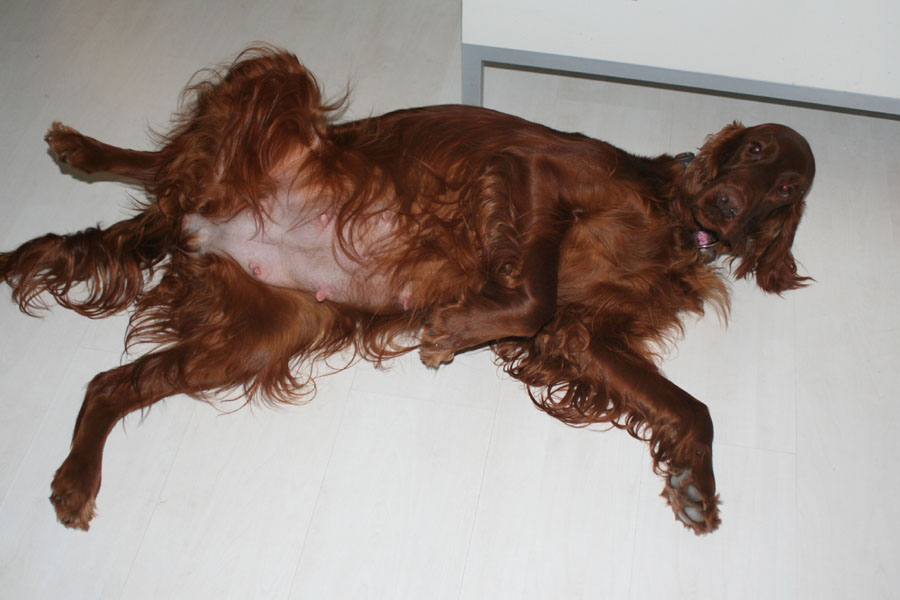 Tessa is on her 9th week and her tummy is satrting to be quite big. We are already waiting eagerly for the little ones.

Check out our puppy plans at www.rytmisetterit.net/puppies.html

My dear boy Balou (Kanelin Make The Cut) won the title -Best Irish Setter Puppy 2007-! The competition is based on succes in finnish shows.
We are so proud of this young man. Thank you Teija and Ari at kennel Kanelin! 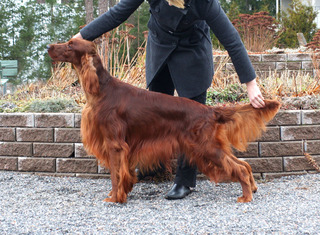 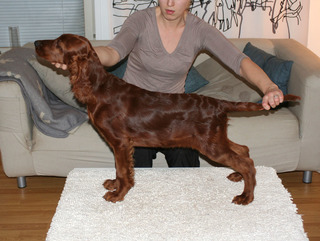 Showing, training and a little bit of love...


We spent a wonderful weekend in Turku at kennel Original winter gettogether. On saturday we trained agility and obedience the whole day. The award from hard training was a nice sauna and a dip in a hot bath under the night stars. Thanks for it all Pauliina!

For sunday we had arranged an irish setter Open show which gathered over 70 irish setters. Balou (Kanelin Make The…

Tessa has been in the ultra sound now it's sure that...
We are expecting puppies for Tessa and Chippen in March 2008! 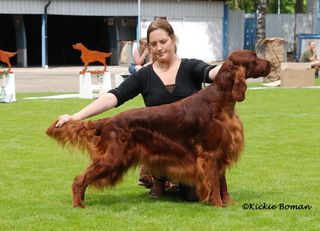 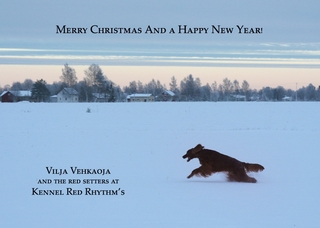 Now we have two litters planned for the year 2008!

Iiris was mated with Hemmo! Puppies are expected to be born in February 2008. 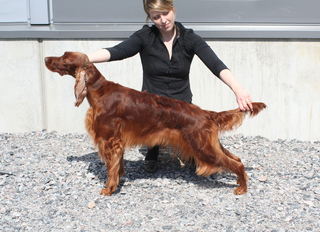 Hemmo has been very succesfull in the show rings. He has many BOB and… Continue

Here are finally some photos of Balou and Tessa.
Tessa was photographed last week... the only day we had snow! Now it's only mud... 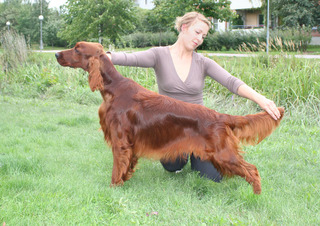 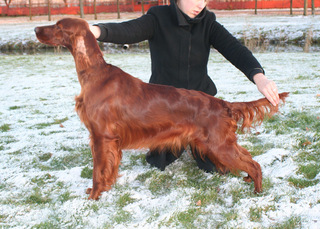 What a day at Lahti INT show on saturday! Our junior boy Balou (Kanelin Make The Cut) took me by surprise by scoring EXC1, BEST DOG 2 and CAC amongst 47 irish red setters! So our baby-Balou cut in line past twenty gorgeous adult dogs and became 2nd best dog.

Great results for the youngsters!…

Plans for a litter!

A nice day in Super Summer Show '07 at vantaa


We had a very busy but a nice day at Vantaa Super Summer Show last sunday. There were about 30 Irish Red Setters in the ring. You are very wellcome to see the photos at...