Just thought I would give everyone an update on how puppies are getting on.

Well what a difference a few days make and how quickly they are growing.

Last Thursday they were 14 days  old and only a few of them had opened their eyes and not properly either. In the last 2 days they have made giant steps.

All have opened their eyes now, no more crawling they are all standing up and walking, they were a bit wobbly at first. This this morning Chunk who is the biggest boy tried to run but it didn't come to much as he tripped over his feet and headbutt the vet bed, good job he had a soft landing.

Today we have playful puppies could sit and watch them for ages as they are funny to watch as they are still so awkward and fall over every now and again and they have started interacting with each other and wanting to play, some more than others.

Chunk rolls over and loves his tummy being rubbed, Talullah she loves her ears being stroked just like her mum.

Bronte is still feeding them well but doesn't stay with them after they have feed but doesn't go far. We have a baby monitor so and when she hears them wake is straight back. Here are some photos I took this morning.

They now have all their posh puppy collars rather than ribbon. 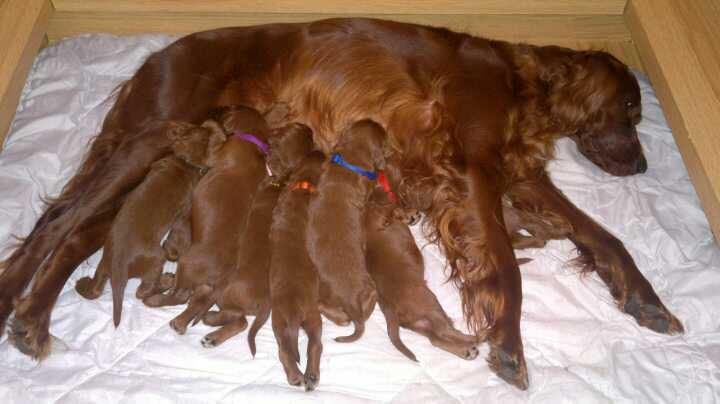 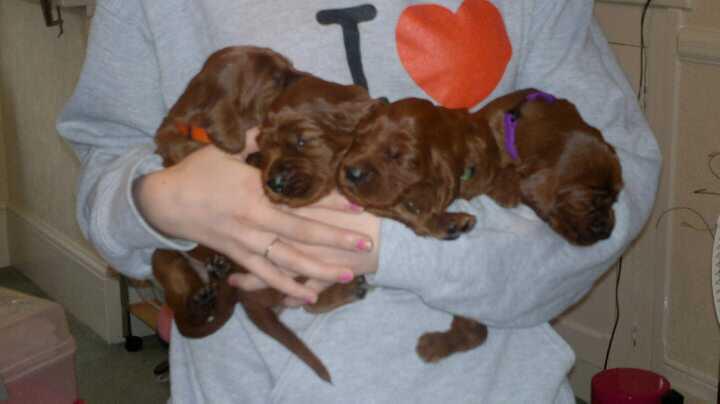 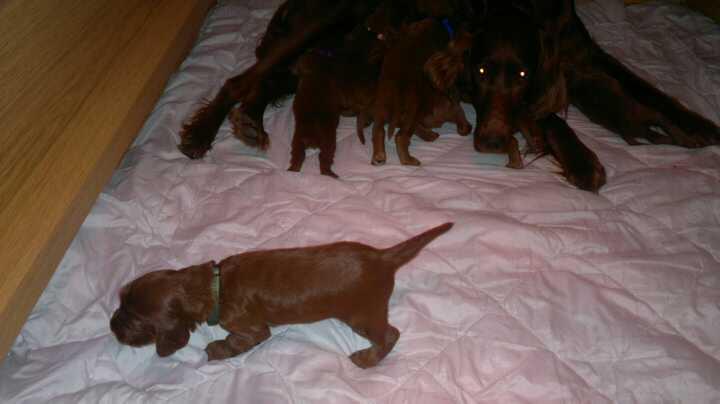 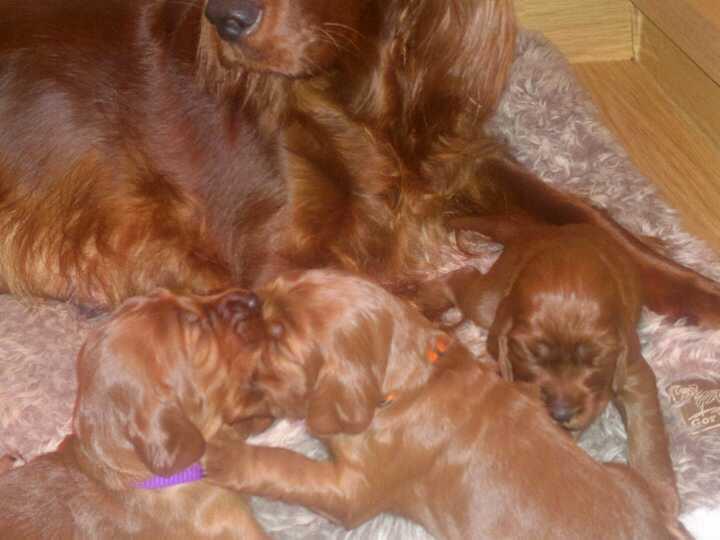 Lovely photos, i like to hear how they are getting on, will be hard when they are old enough to leave (",)

Oh Heathcliff is the pedigree name he's been nick named Chunk minutes after he was born when my daughter said crikey look at him he's a right Chunk so the name stuck.

I'm rather taken with him he's so funny he rolls over and likes his tummy being rubbed and when you pick him up he loves to lick your nose. I'm hoping he turns out to be one of the best of the bunch as my daughter wants to show and I think he might have potential.

I agree Ellen think there might be a few tears not just from me !! the kids just love them and they have been such a help with them.

Hi Ellen yes it will be won't be surprised if we have a few tears and that won't just be from me it will be the kids as well.

Did have some new photos from today but computer "says no" tonight. try again in the morning.

great pictures of adorable puppies, love them all but particularly the last one  :-)