HOW DO YOU KEEP YOUR SETTERS!

Do they all live, eat, sleep together! In your house? Or in kennels?

\when two bitches are in season at the same time, do you keep them together?

When bitches are in season, have you ever had disagreements between your dogs? 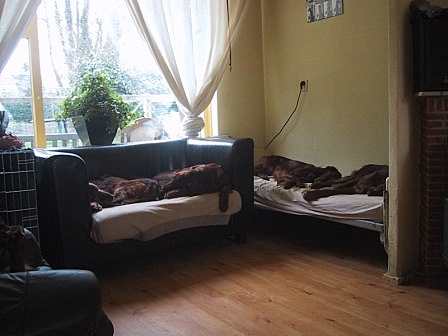 do i say more

Permalink Reply by ursula wilby on May 5, 2009 at 3:29pm
I dont have that many dogs, but they are all in the house, but not in the bed...i just hate that gritty-feel. At the most I have had 4 setters (3 females and 1 male).
Naturally when the bitches were in season I would keep the male setter in another room. But my pugs have been allowed the (frustrating?) freedom of being with the bitches even when they are in season.

And yes, I never seperate bitches in season...and just like Susans, there are some very strange goings on in my garden at times.
But then, after all, this is Sweden...:-)

Permalink Reply by Michelle Webster on May 6, 2009 at 5:14am
I can only speak as the owner of males, never having kept bitches. I have been told repeatedly that you can't keep entire males together as they will fight and become aggressive. My reply.......bosh!
My boys have always lived in the house with me and have the freedom to go wherever they want. I couldn't agree with Susann any more, they are my family and are treated as such, even sleeping on the bed. They all adored each other and eat from each others dishes withough ever any grumbles. Even when one of them had been used at stud, the others were still happy around them and it didn't cause any aggression or jealousy. I would NEVER keep my dogs in cages or a kennel. I really can't see the point of having dogs and then keeping them away from you! As for getting on with each other, I firmly believe that a lot of it is down to the way they are brought up. If as puppies they are taught what they are not allowed to get a way with, then they learn quickly to live well together. Some of it also has to be down to the temperament of the dogs, but I have to say that I could not keep an aggressive dog anyway. My boys have even allowed unknown male dogs into the house for the weekend and quite happily shared their food. 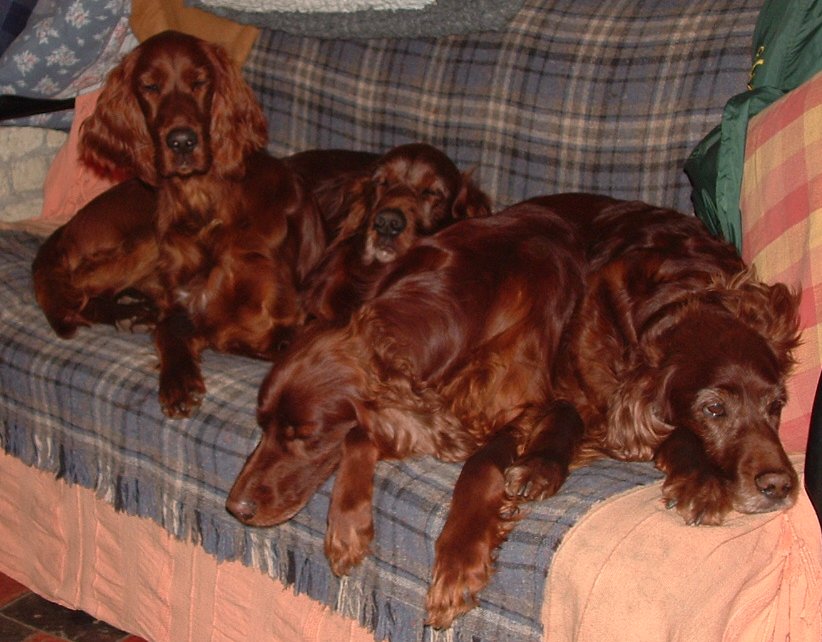 All my dogs live together including one male setter and one male german shepherd! When the bitches are in heat the boys have to be kept seperate from them(bitches) but the boys can still be together without a problem! Milo gets on with most dogs who come to the Kennels but there are a few he doesnt like(they are usually very dominant types) And he knows which are setter males and which are other breeds(he has more attitude with male setters-more interest as if he knows they are more of a threat to his girls!!) The bitches are really funny when in heat with strange games going on with each other but no agression!! As for cages,kennels, mine do sleep in a large cage at night as puppies(in the kitchen with the others)as its better from a safety issue until they are old enough to behave all night!! And mine sometimes stay in my kennel if I have visitors(very tiny house and not enough room for dogs and visitors!!)But thats only now and then and its good training if they do ever need to go to boarding kennels(they are less stressed as a result!!)

Permalink Reply by Lynn Spencer on May 6, 2009 at 7:01am
My two girls have always lived in the house with us, from day one. They have their own doggie door and can come & go as they please. They are amazingly good inside & I can trust them completely. We don't own a kennel or a crate; my girls sleep in our room with us. I take their cushion beds into the bedroom when we go and they 'usually' stay there all night. However, once they see daylight peeping through the curtains, they will get into bed with us until we get up. It does get a bit 'squishy' but we love it. My Irish girl Tess will wait for her Dad to get up, then immediately jumps in his spot next to me. Too bad if he's planning on coming back to bed!!!!!. As to seasons, we have never had a problem. Our girls are the same age, have lived together since they were both 8weeks old, and have always got along wonderfully together.
There has never, ever been a 'cross word' between them.

Permalink Reply by ursula wilby on May 6, 2009 at 6:37am
This is my old pug...no longer amongst the living...well neither is the setter for that matter. He used to cling on to their back legs and they would just stand there looking over the field. It was as if he did not exist...what a blow to his ego!!!!!!!!!

Permalink Reply by Carmel Murphy on May 6, 2009 at 7:01am
Poor boy!! Rua was a bit like that at her last mating!! Having had a good mating the day before she was not impressed with day two and stood there watching birds flying overhead and she actually yawned(maybe she knew the first mating was enough!!) We didnt actually get a second mating and she had her 5 girls 63 day later!!!;o))

Permalink Reply by ursula wilby on May 6, 2009 at 7:49am
This photo was taken for the back of one of my books. I was trying to point the pug out to the photographer...he never saw what was happening...it was supposed to be a far more "serious" shot, but....we actually chose this one for the bookcover.
There he is, the pug, once again being totally ignored.
I think he was so full of himself he never noticed. 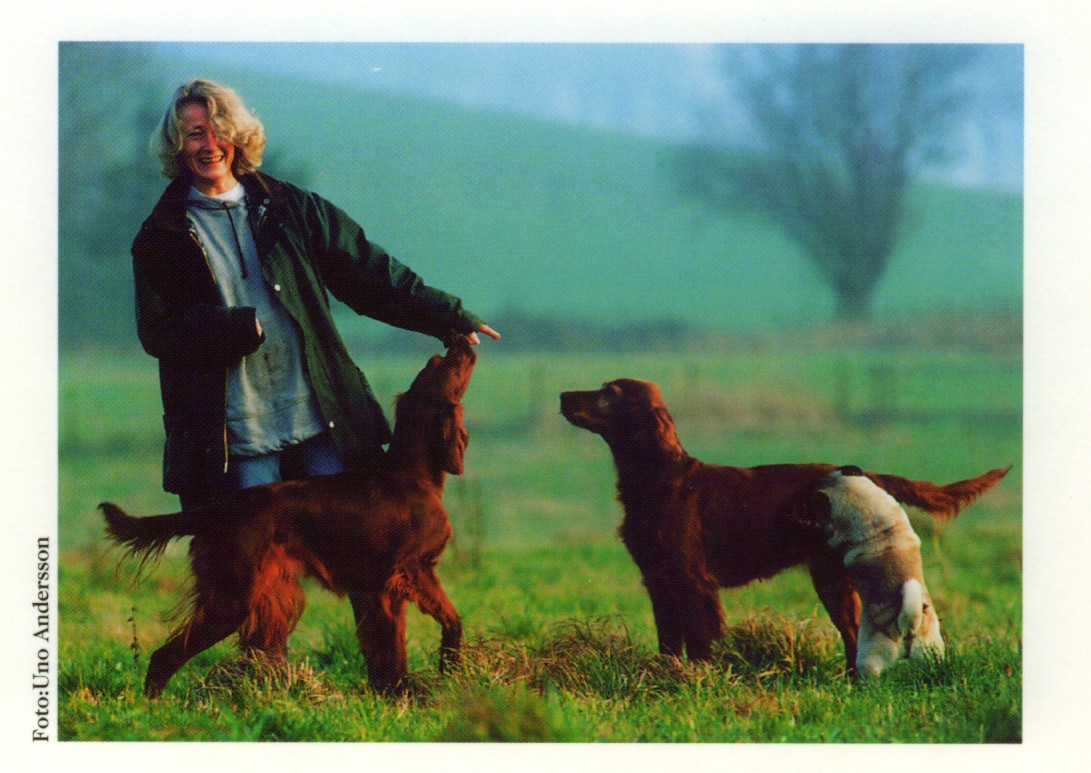