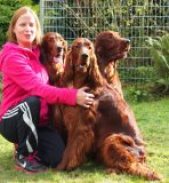 Maria Forss has not received any gifts yet

About Me:
Red Irish Setters have completely stolen my heart!

Why are you applying for membership?
B. I am a dog and my owner is at work all day

Here we are settling in to UK, Wolverhampton

We arrived to UK as planned on Monday 17th of September. The journey went well, nearly 2000km driving in just a couple of days. We stayed the first night in a Scandic hotel at Kolding, Denmark. The funny thing is that there were 2 big dog shows in Kolding at that same weekend, and the hotel was full of dogs. I started to talk to this one Lady Judge in the elevator, and can you believe that she was also from Finland - What are the odds for that! Then the second night we stayed at an Ibis…

Hi, Today is finally the day, when our family is heading towards England!
Just got back from the vet with all three dogs. Now they are ready to move to England! We'll be leaving from Turku, Finland today evening, and arriving to UK on Monday the 17th of September. We'll be driving thru Sweden, Denmark, Germany, Netherlands, belgium and France. Hope everything goes well.

Chapman made his first appearance in show ring

on the 9th of June in Salo.

He did very well; he won and was BOB-puppy.

he also did very well; he won the boy puppies and was a BOS-puppy.

Here are a couple of photos of him. 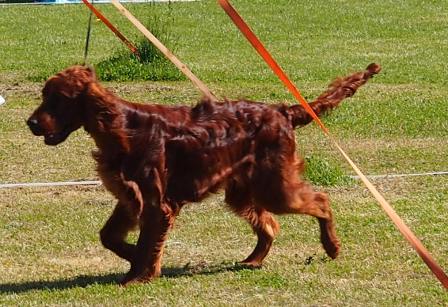