Just a little bit late, but I wish you all a great Christmas and hope that you have a fantastic, healthy and happy year in 2013. 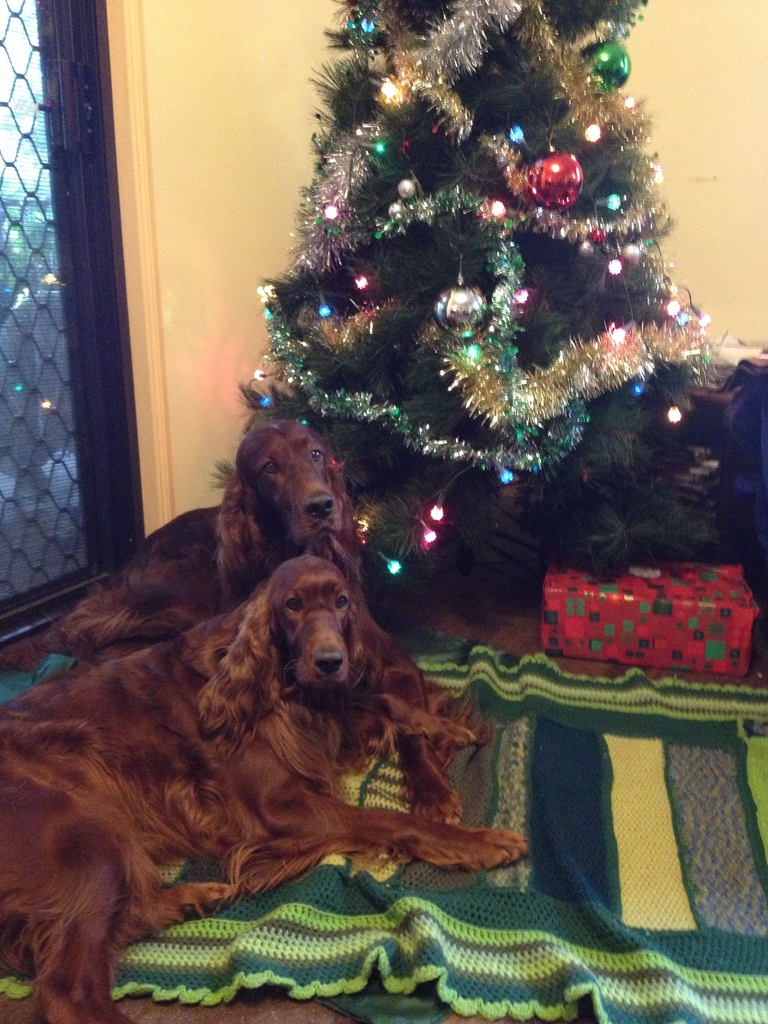 Happy 4th Birthday for My Clancy!!

A bit belated, but Clancy celebrated his 4th Birthday on 18 July, 2012.  He is such a character and a beautiful boy!! 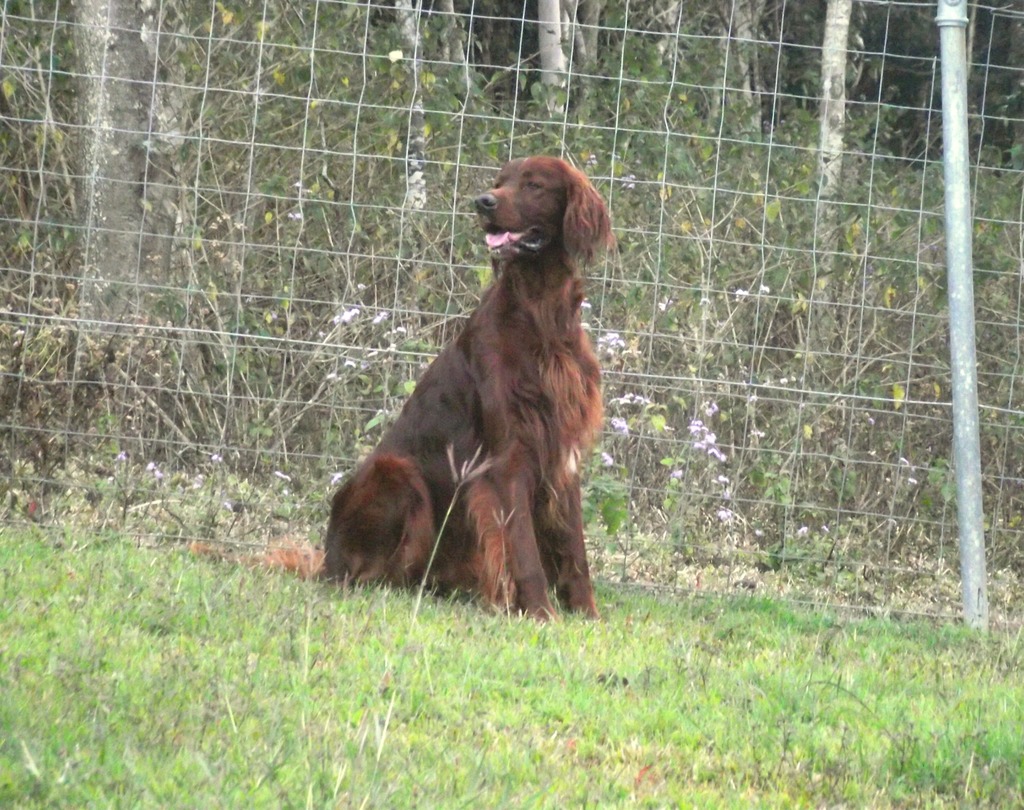 My friend, Troy from Nanyima Kennels is excited to announce the expected litter from his lovely girl, "Relic" Aus Ch. Nanyima City Relic. Sired by (AI) Am Ch. Pure Geniuse By Clonageera "Jason"… Bridget had a lovely day at home swimming and racing around with Clancy and having special treats!!  We love you baby girl!! We wish you a wonderful 2012 to everyone on ES.

2011 will stay in our memories for many reasons... it has been a very BIG year for us all as a breed..... the emotional rollercoaster rides... plans fulfilled and plans lost  Tears of joy, sadness and frustration.

Some days I would just love to be one of my 4 legged redheads!!!  Here is a pic of how they spend their day!! 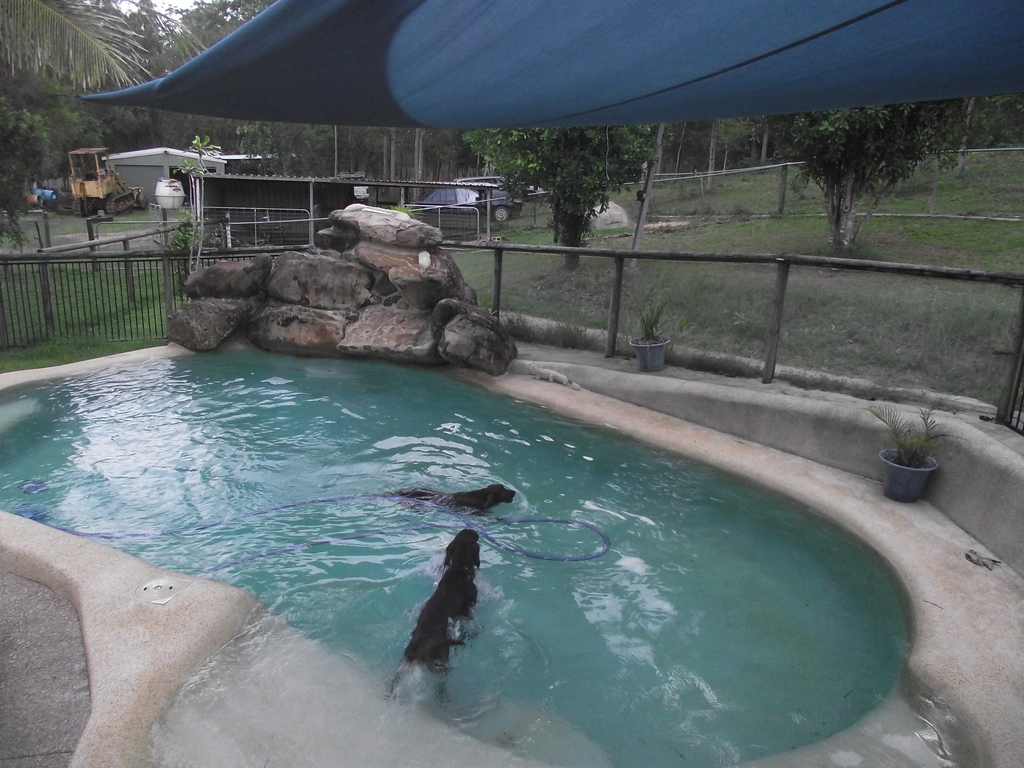 Clancy and Bridget ..... Bridget is swimming back in the middle of the pool with a… 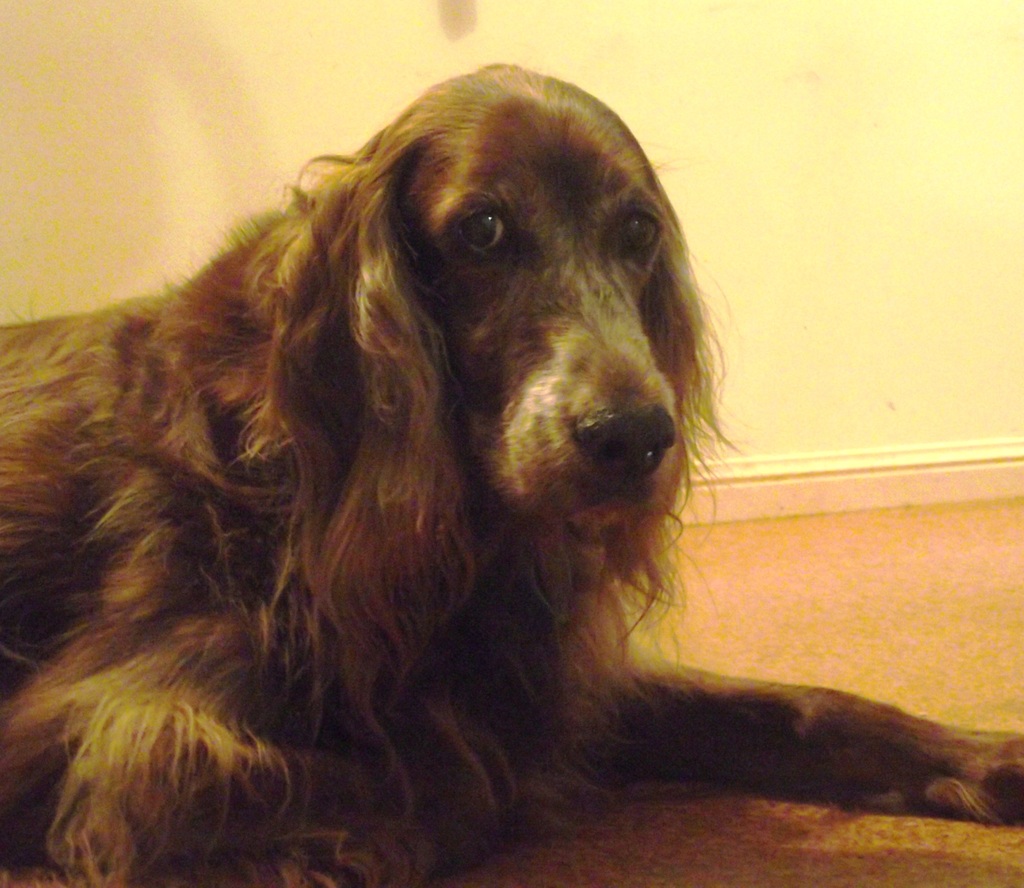 My beautiful old girl is 13 today and she is in such good health.  She had a stroke in September and took about 4 weeks to recover, but is now as healthy as ever.  We love you Bubby Girl!!

She is waiting for her Birthday dinner!  I don't think she's too impressed about me taking pics instead of getting her dinner!!… 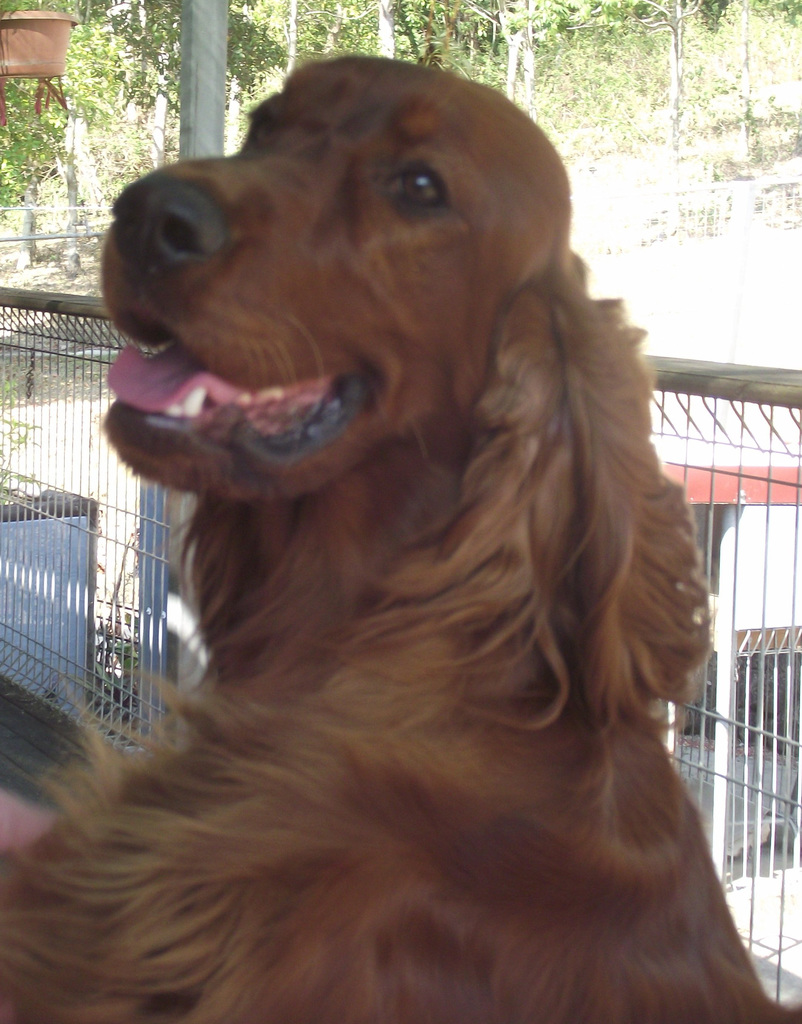 Bridget has had a lovely showing career so far and has been awarded with her 100 points to become an Australian Champion.   In addition to this, throughout her show career here in Aus, she has been awarded some lovely in group and in show…

Spring in my backyard!! 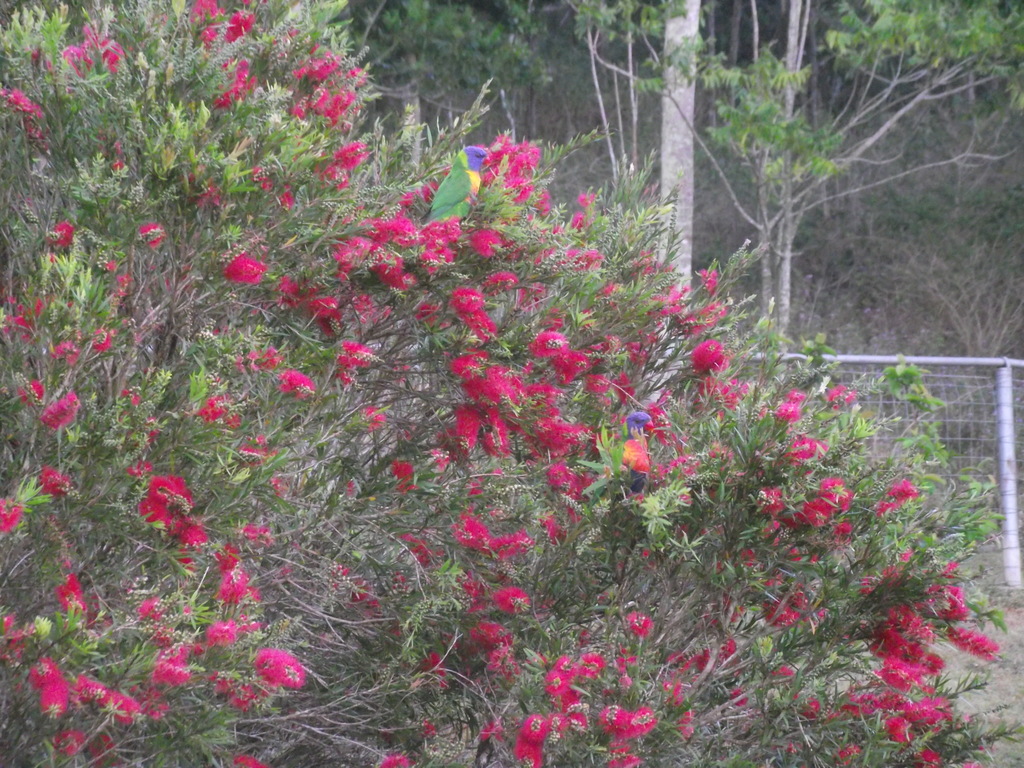 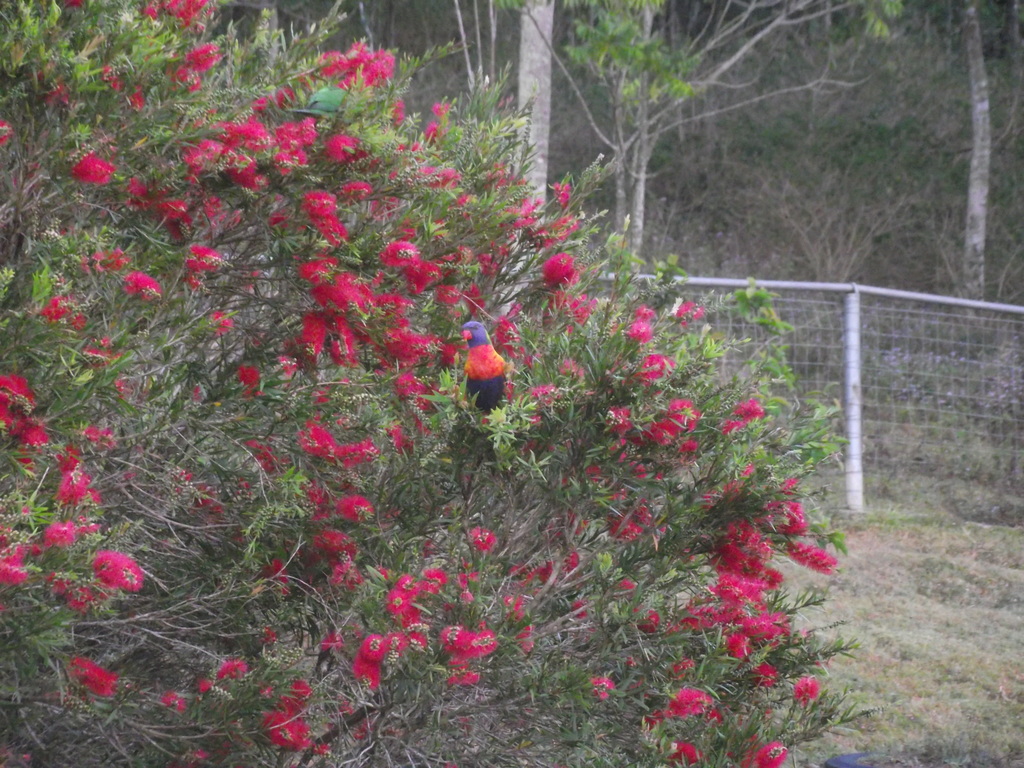 A little bit of spring from sunny Queensland, Australia.  This is my backyard, with my lovely Bottlebrush (Callistemon) in full blossom with our beautiful native birds, a pair of Rainbow…

Nanyima City Clan TD was awarded with his final points to gain his Australian Championship Title. 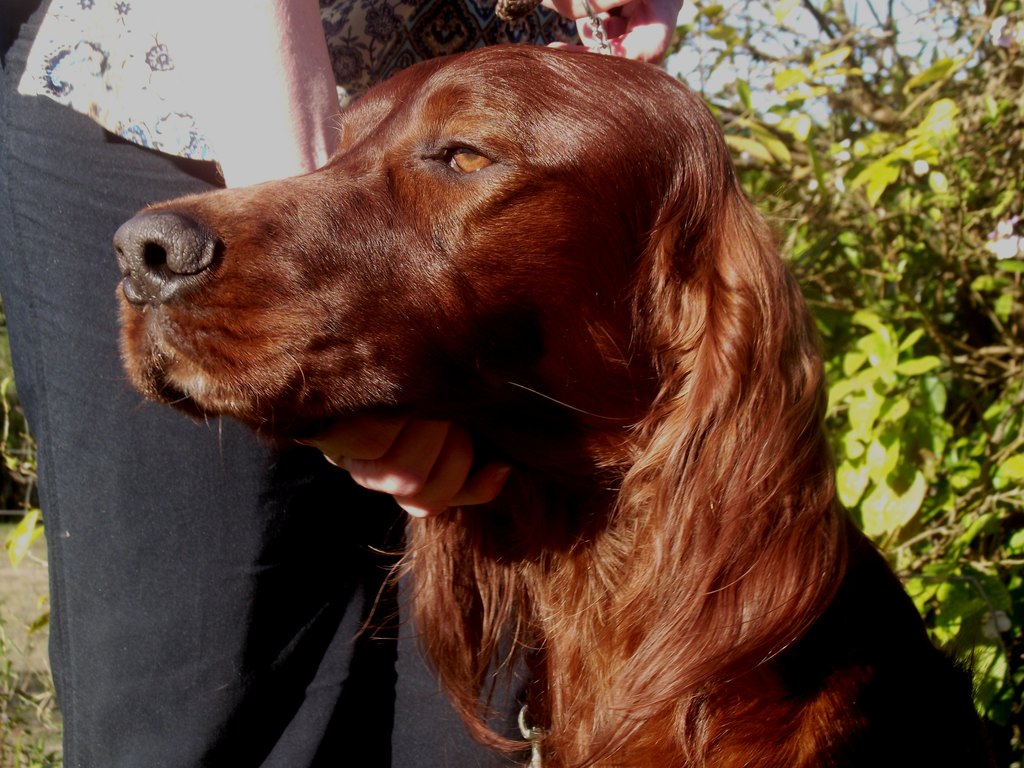 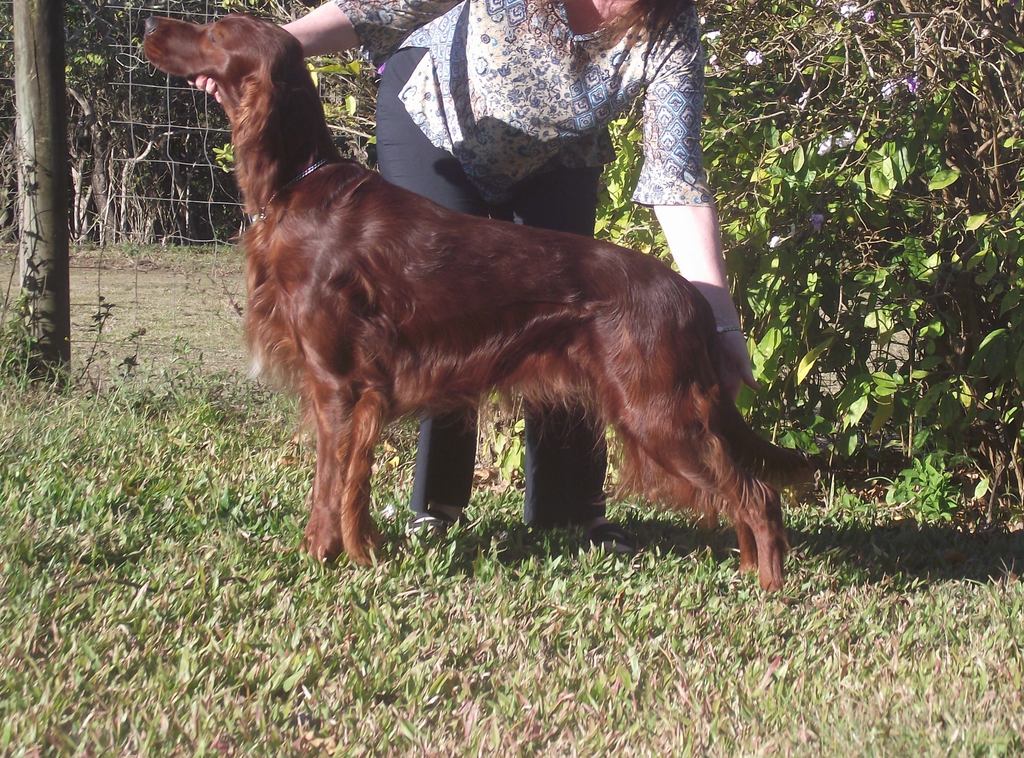 TRACKING TITLE and a HAPPY BIRTHDAY!!! 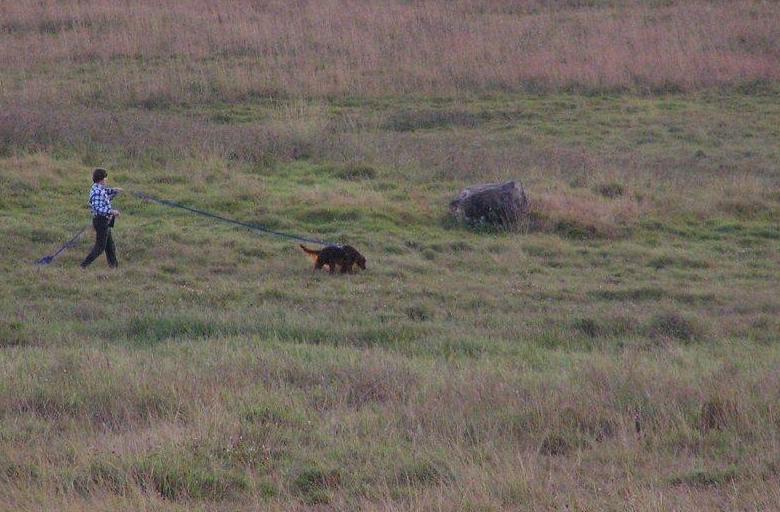 Clancy has competed this year and has earned his 3 legs in just 3 trials.

Clancy won Best in Group under a gundog judge who used to field trial Irish Setters many years ago! 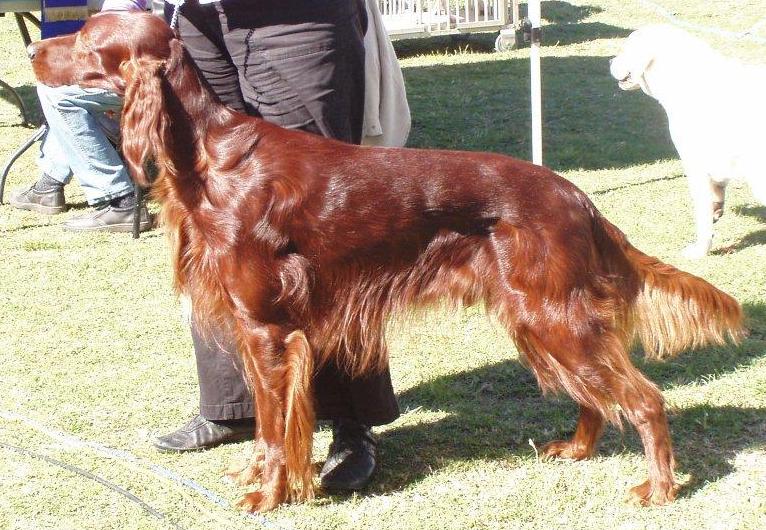 Clancy in assembly waiting to go in for the group. 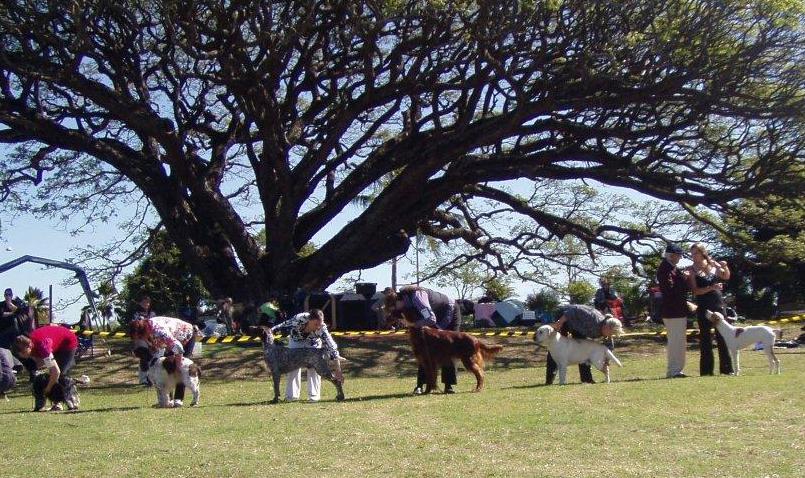 In Group and In Show Awards!!! 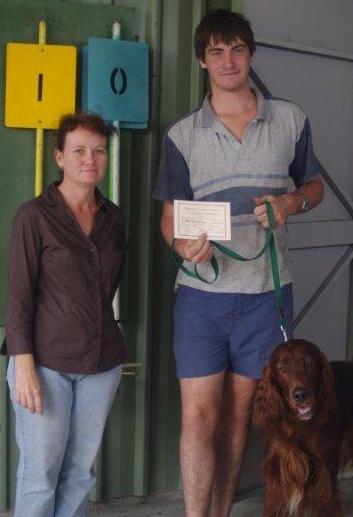 Millcroft Moon Dreamer (aka Bridget) has had a "Dream" run with her junior in group awards.  She has been awarded Junior in Group 4 times under 4 different judges from the last 7 shows!

The boys from the Nanyima Kennel had a great weekend at the shows this weekend.

Sunday:  Best of Breed; Reserve in Group 3 and Best Intermediate in Group.

Just a quick brag to say that my lovely Miss Bridget had a great weekend.

Saturday, Bridget was awarded with her first points towards her Australian Championship Title.....

and she also was awarded Runner up of Breed

and Junior in Group!!!

The judge commented on what lovely movement she had!

Bridget was awarded with her points again today, so she is now on her way…

My little Bridget is having a birthday today.  She is 1 year old.  How the time has flown by. 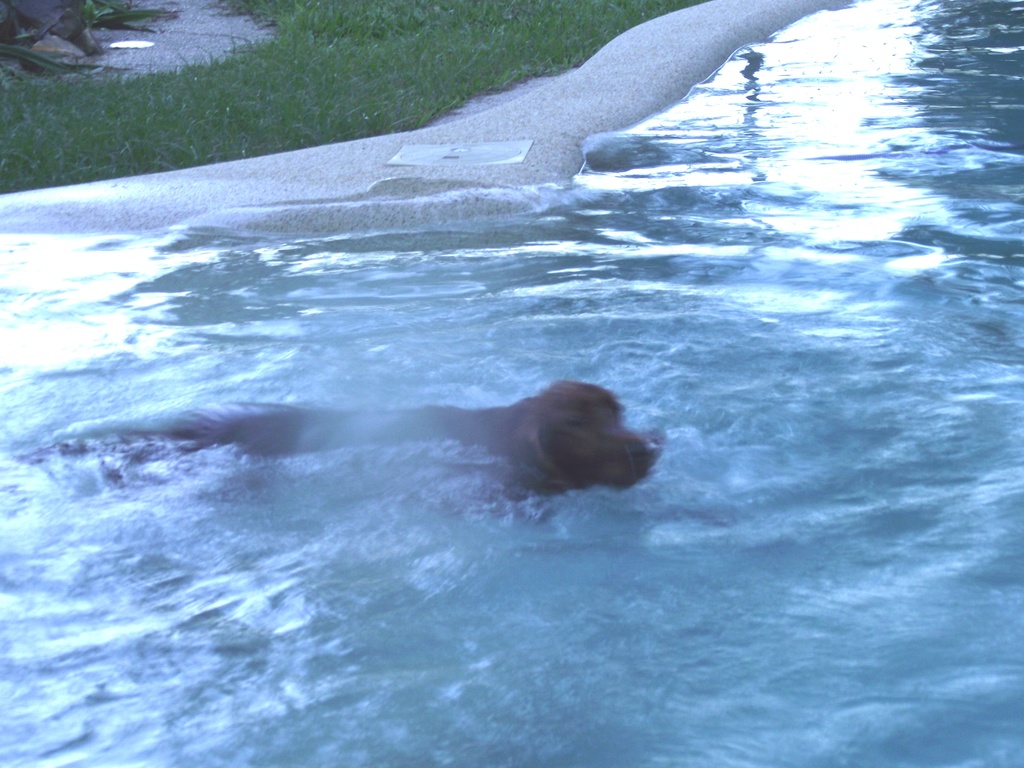 Emby had her 12th birthday yesterday (4 December) and she is still in great health. We had sunshine for Emby's Special Day.after having 816 mm of rain in November and rain for the first 3 days of December too! 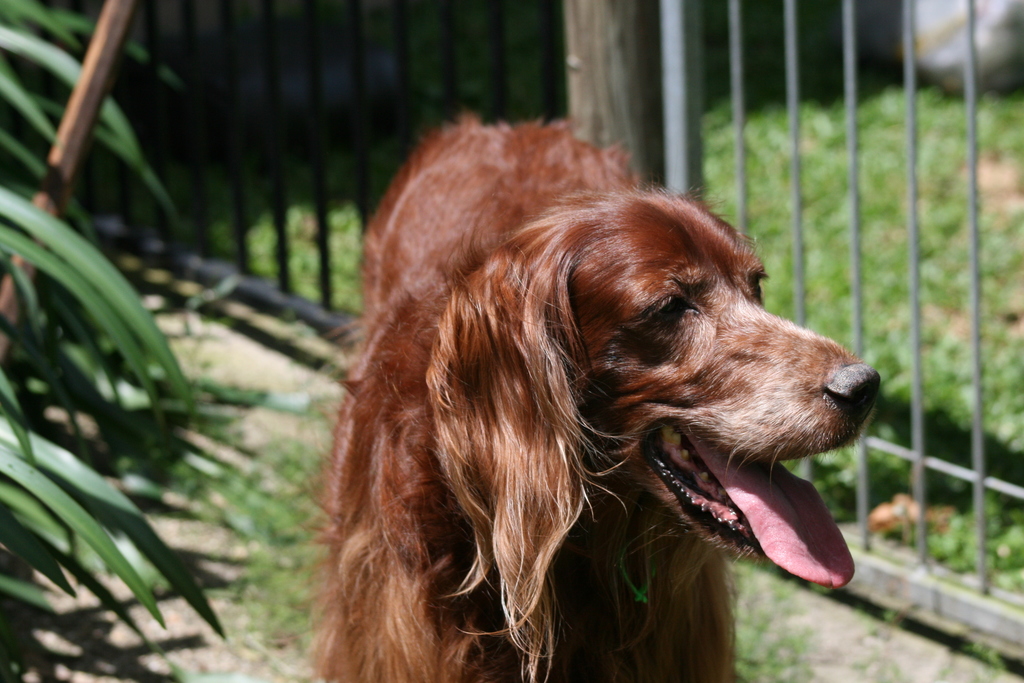 She is a very special old girl and we love her. She still keeps us on our toes and makes sure that her meals are always on… 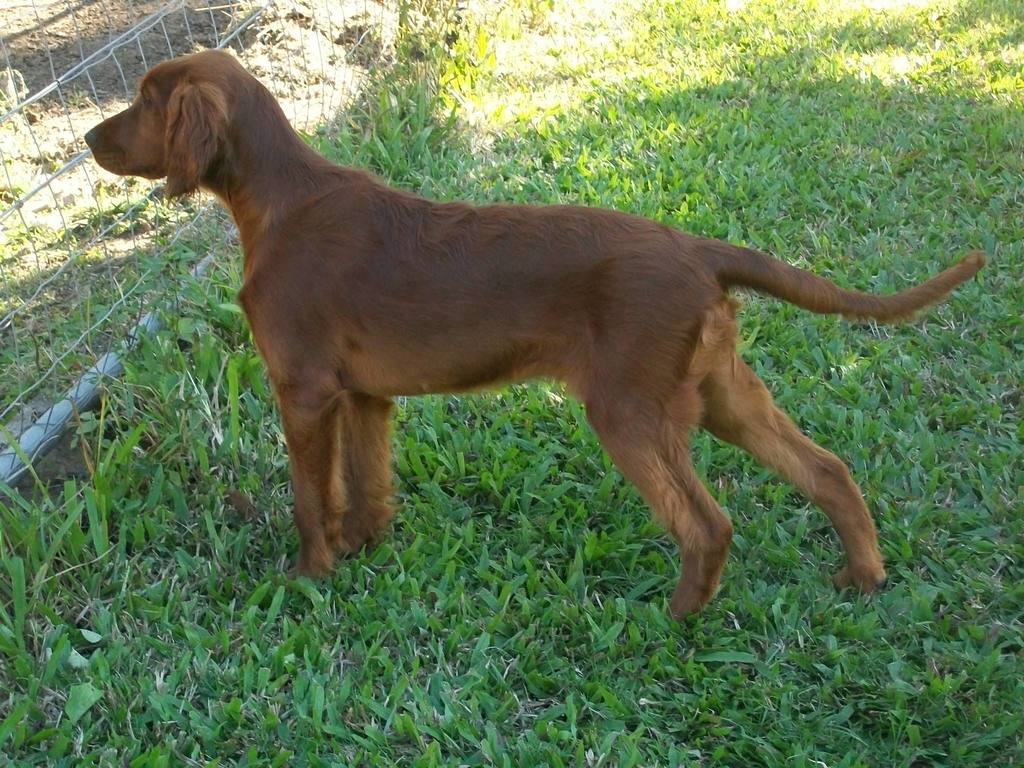 Bridget (Millcroft Moon Dreamer Imp UK) has finished her journey and is now home and such a happy little girl!! She has a super temperament and has taken all her travels and experiences in her stride. Clancy just loves her and they are great mates! These pics taken at home, just having fun in the backyard.

Thank-you again June for sending me such a beautiful outgoing little girl.… 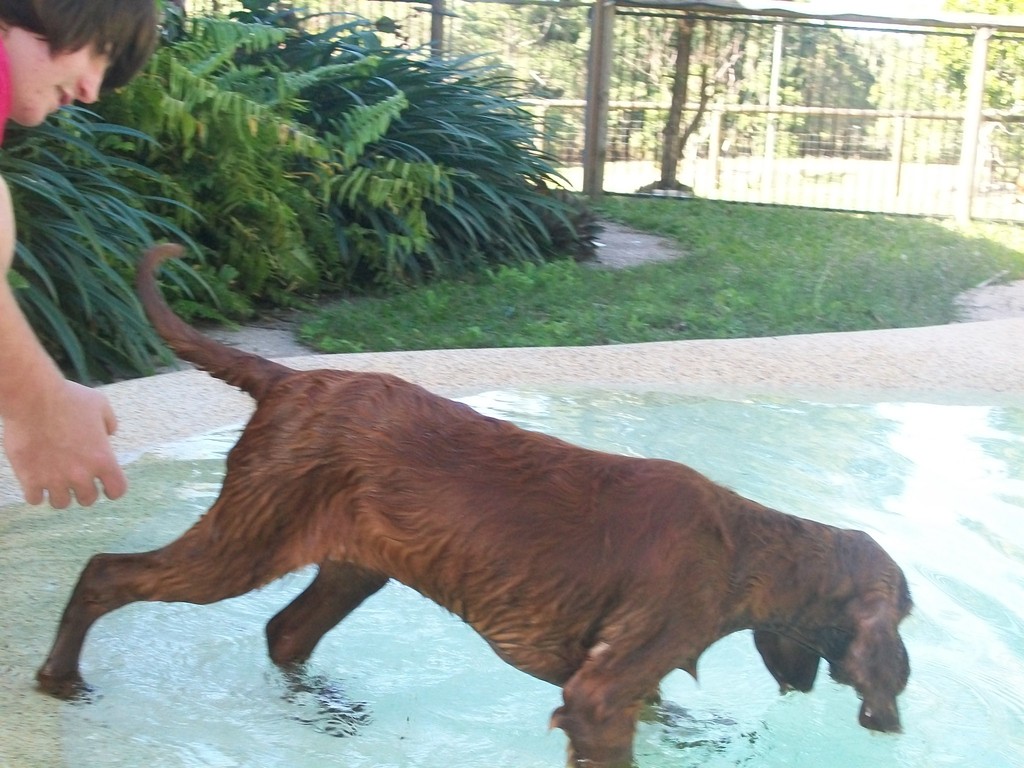