and I did not post anything because we were super busy ;-)

He had a ice cream for breakfast, cookies, went to the doggie park, came back had a nice steak dinner ( he got the whole one, Bryan and I split the second one ;o)))) and then there was, of course, the cake.
My sweet boy, who is increasingly and extremely bossy and demanding, had turned 4 years old. :-) I remember a day that I went to O'Hare to pick him up ... the person bringing him over was delayed in the customs for 2 extra hours for suspicion of terrorism *VBG* I guess one-way ticket and no baggage sets of all kinds of the alarms... Poor little baby was covered in pee :( but was apparently so quiet and nice throughout the flight. Until he got into the car. :) Then he had enough of travel. :)))))
This is his first picture after the first bath with a little blue towel as a cape :) 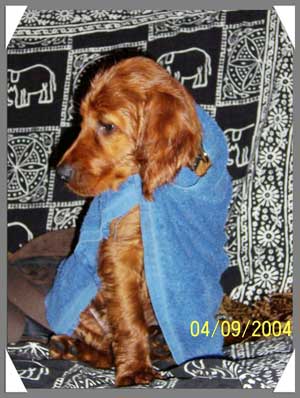 The next picture is the big boy devouring the doggie cake and chewing on his present- Spotty Cow . :-) 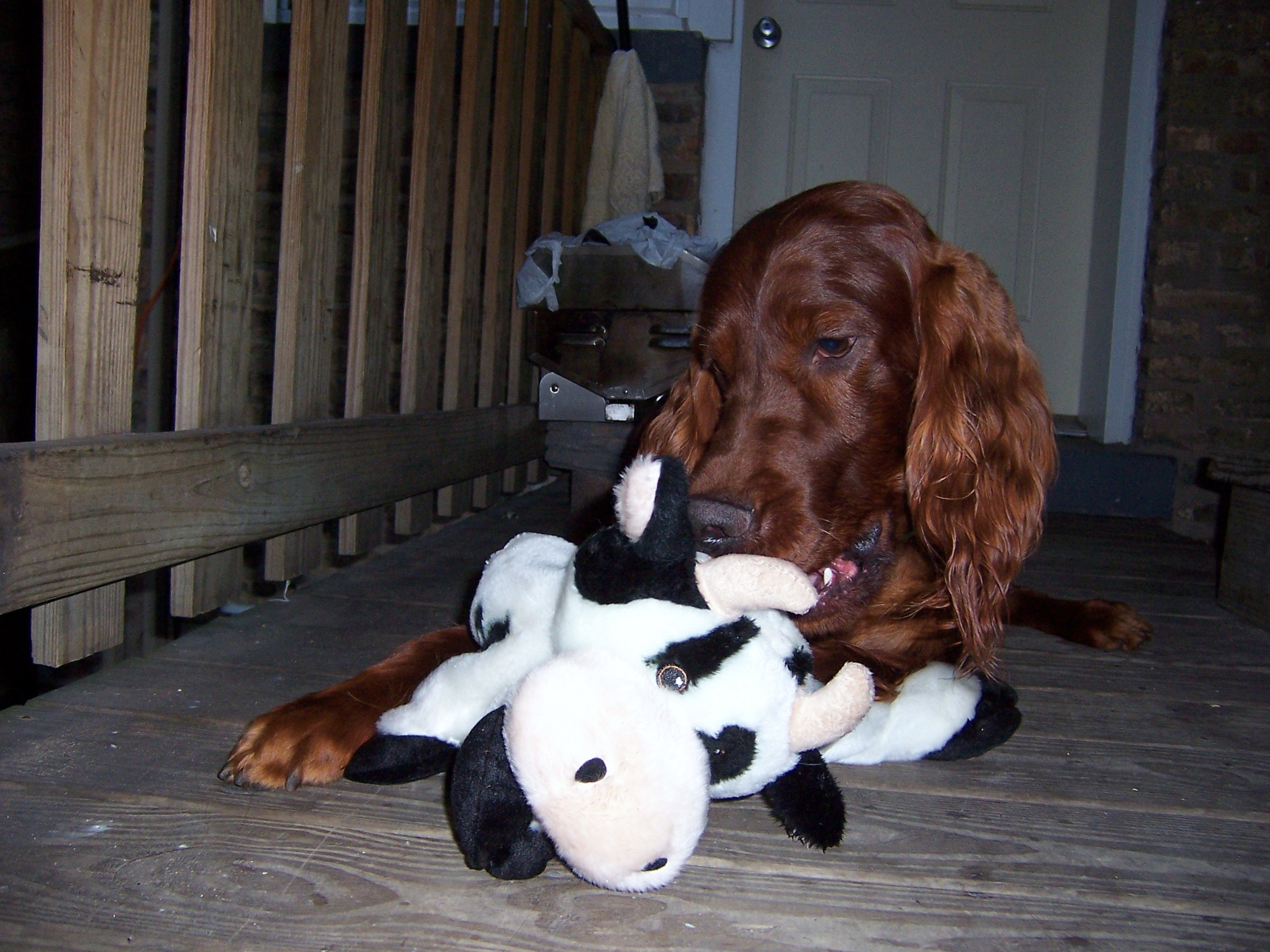 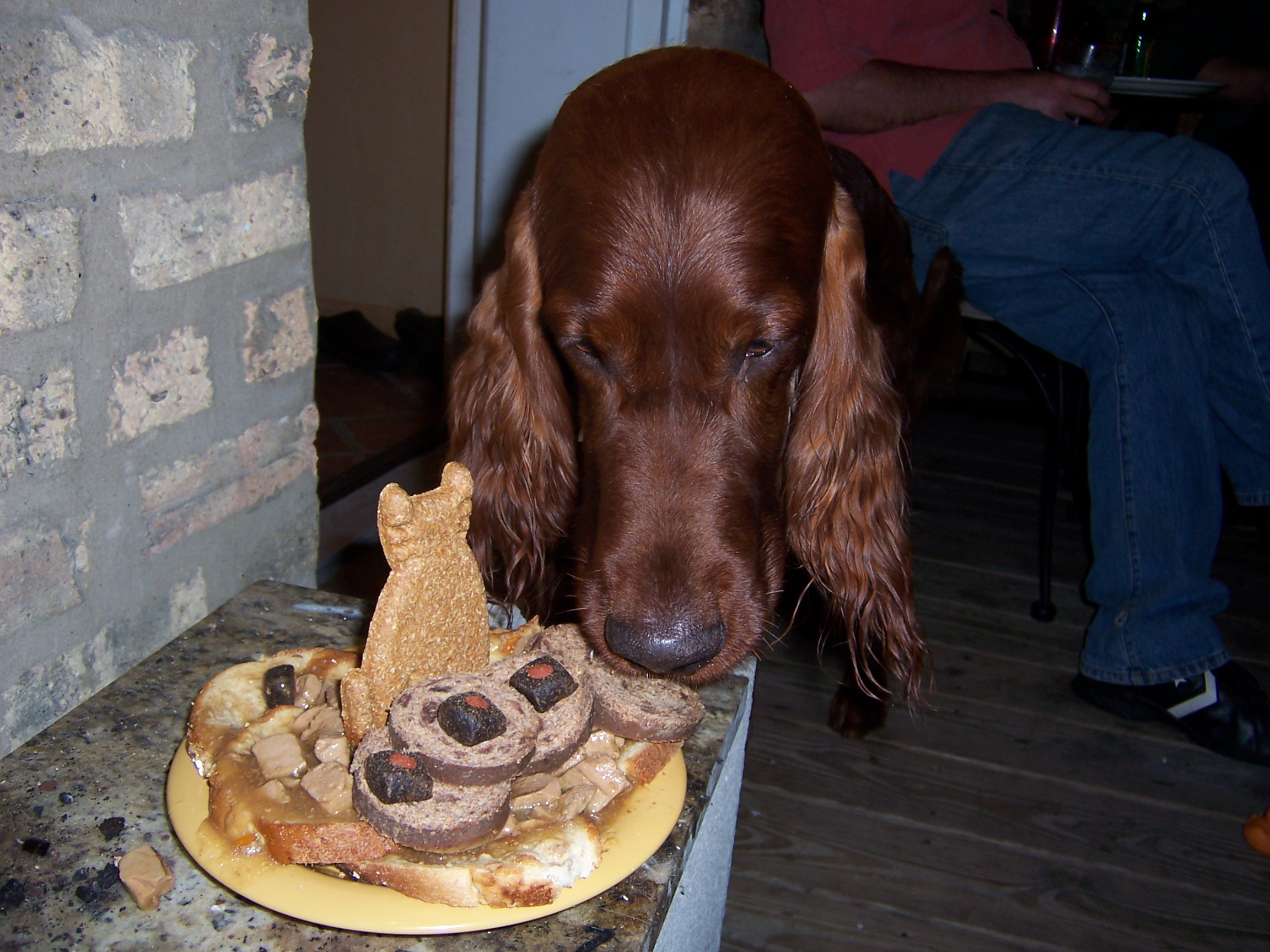 Comment by Laura Kolbach on July 14, 2008 at 1:36am
Happy Birthday to sweet Lego! Sorry that I missed it, but I have a good excuse ;-)
Hope to see you this summer somehow - maybe I can travel somewhere near you so we can meet?

Comment by Alenka Pokorn on July 14, 2008 at 5:45am
Happy Birthday to Lego!!! Are you coming to Europe this summer? Perhaps you will be flying over Ljubljana again. Let me know. Alenka

Comment by Marta Magi on July 14, 2008 at 7:58am
Happy B-Day to Lego!
Well it seems he got everything he could wish to have on his Birthday :-))
Wishing you further many years in health an happiness spent together!
Marta & Sarah :-))

Comment by Johanna Blacklake on July 14, 2008 at 4:31pm
Happy Birthday to Lego!
Best wishes specially from Cosmo and Pilvi, but also from the rest of the gang!