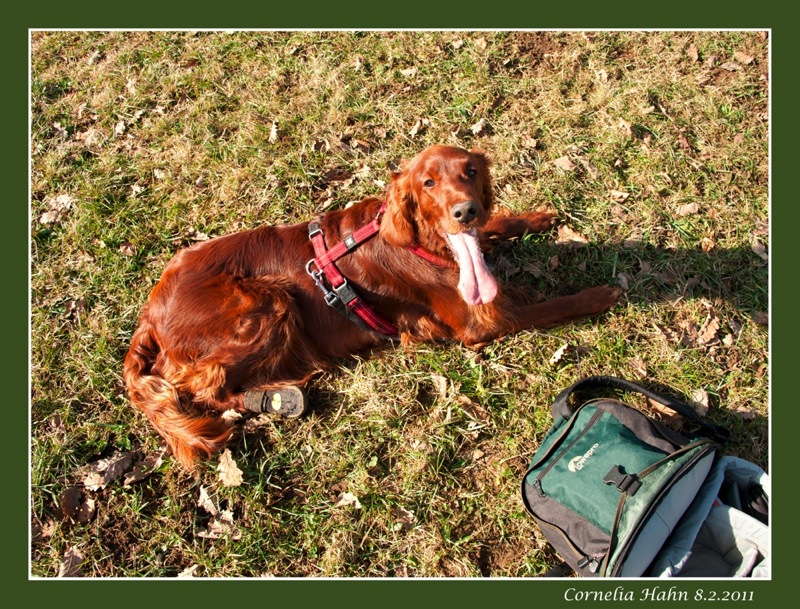 The idea is to cross Switzerland from north to south in small stages: 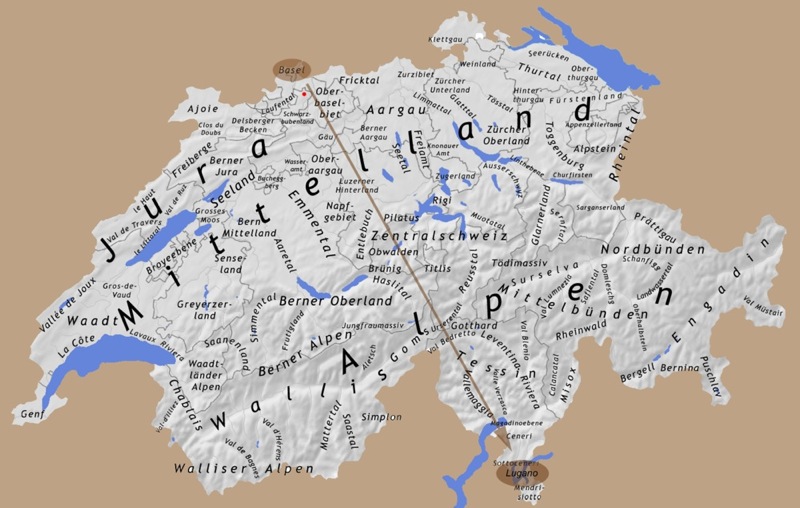 We started right in the center of my hometown Basel, in the townhall by the market place: We went along the river Rhein and saw the 'Münster' (Catherdral) in the back: 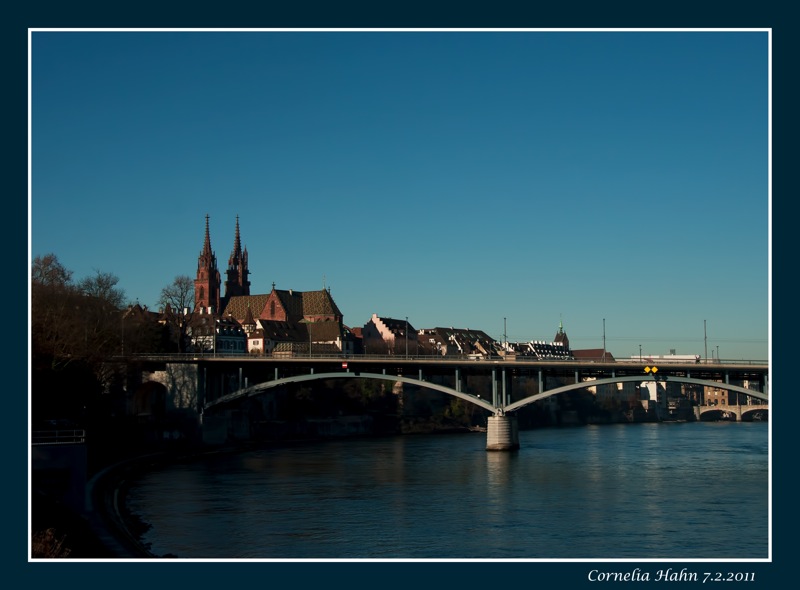 We passed the old city walls: 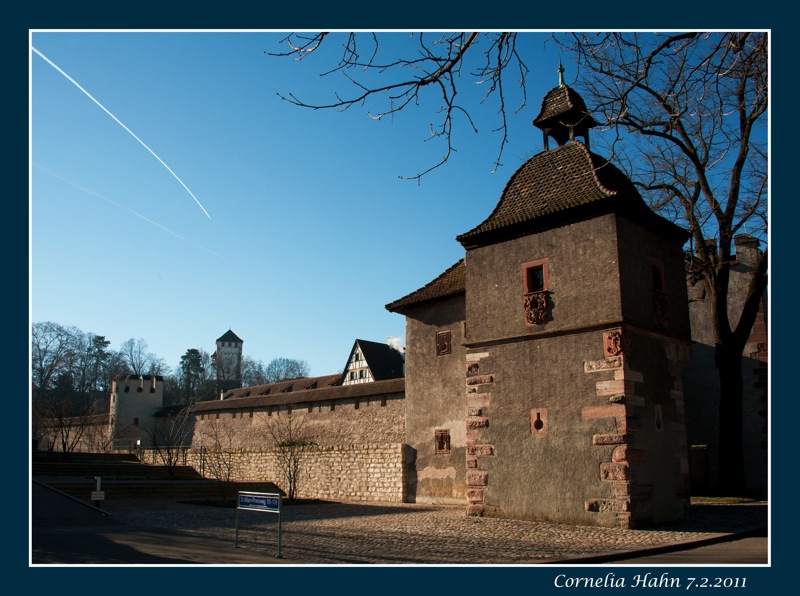 And the stadium, where Roger Federer won the Swiss Indoors: 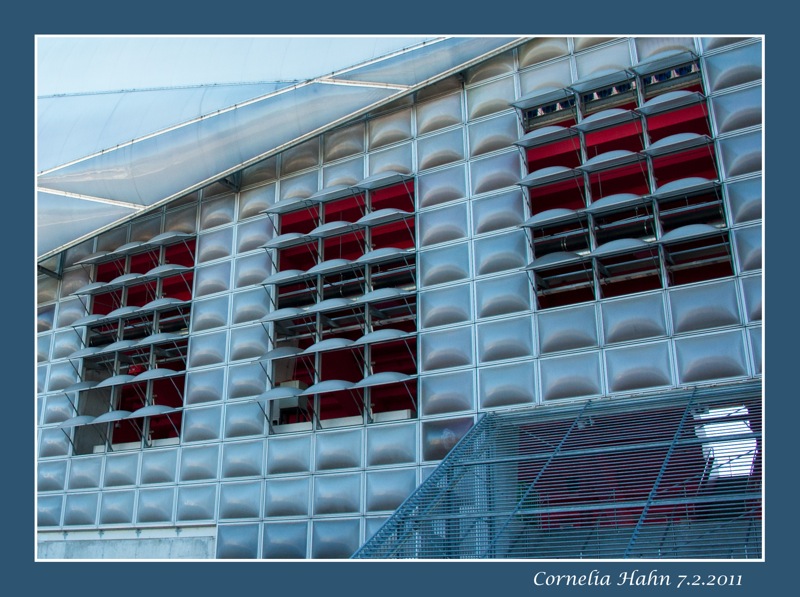 And finally came to a brook where Joy dived in despite the fact that is was minus 4° degrees when we left the house in the morning: 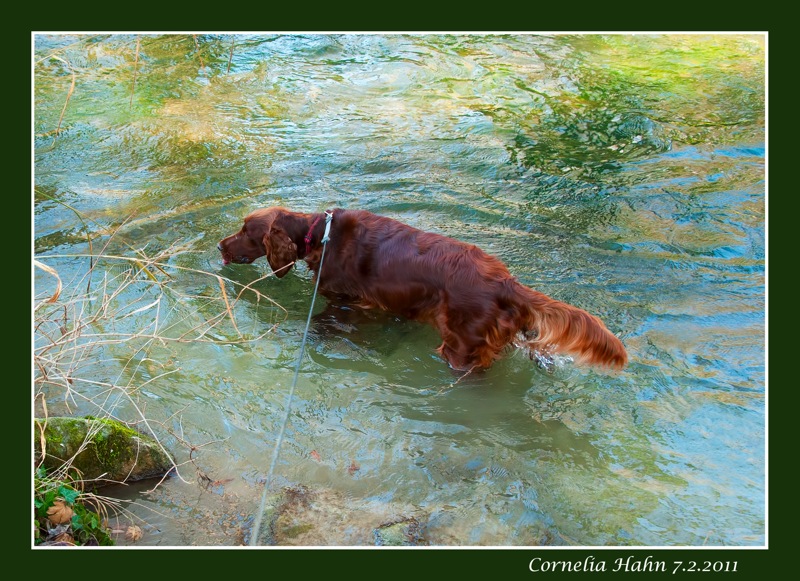 The first colours of spring were on the more sunny meadows: 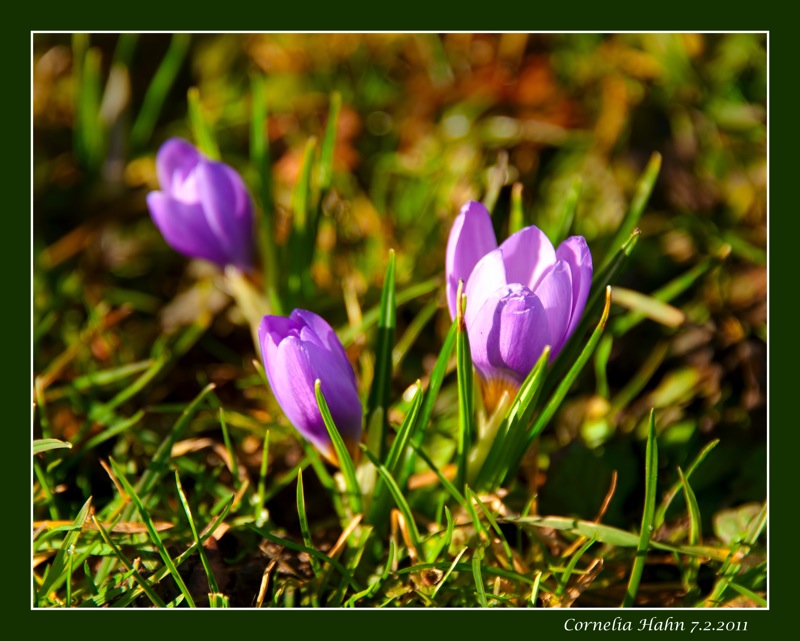 And then we reached a pond where Joy went on search for ducks: 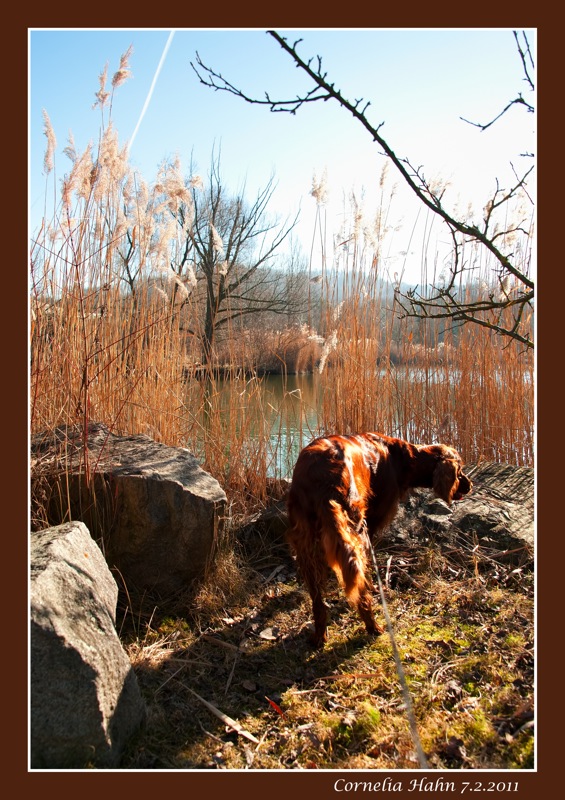 We had to watch out that no other creature would steal our sandwich: 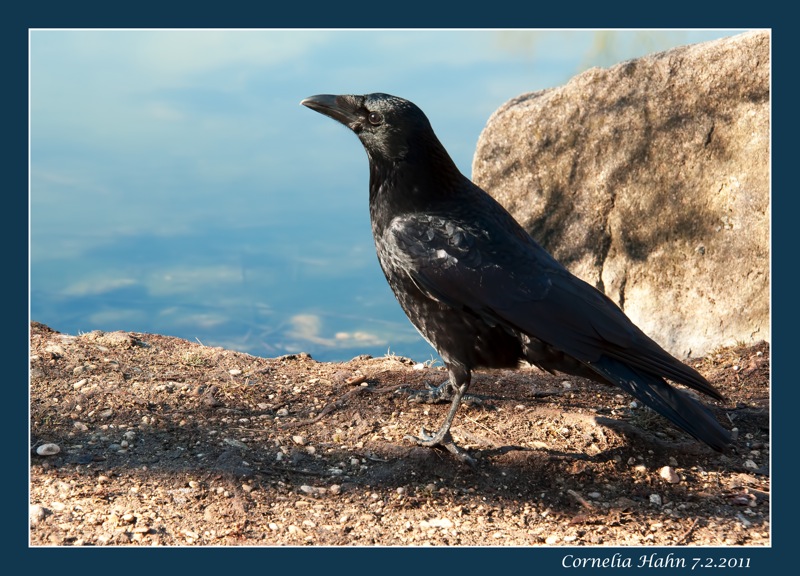 Some were quite frightful - but then: We are heading towards the 'Jurassic Mountains': 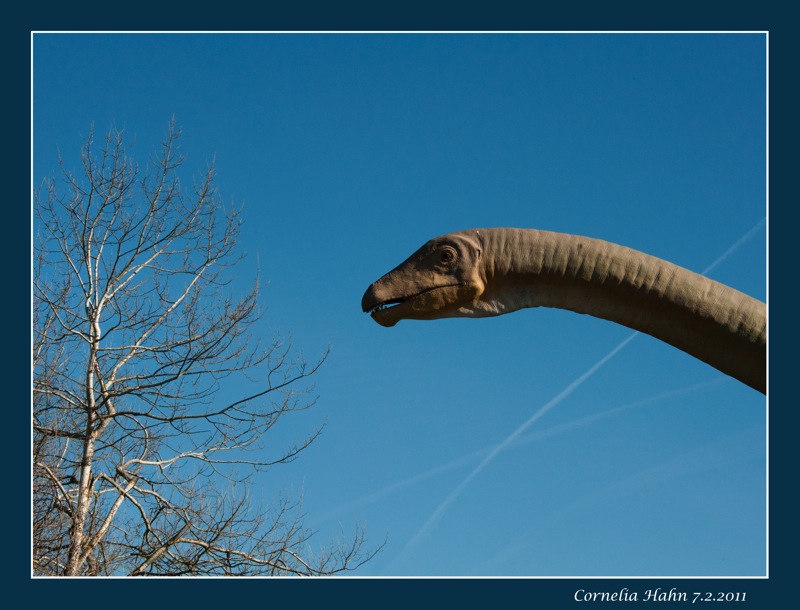 The next morning we ascended the first hill (from 261m to 676m). I did not take so many photos on the second day, as walking with the camera hanging on my neck became a bit uncomfortable: 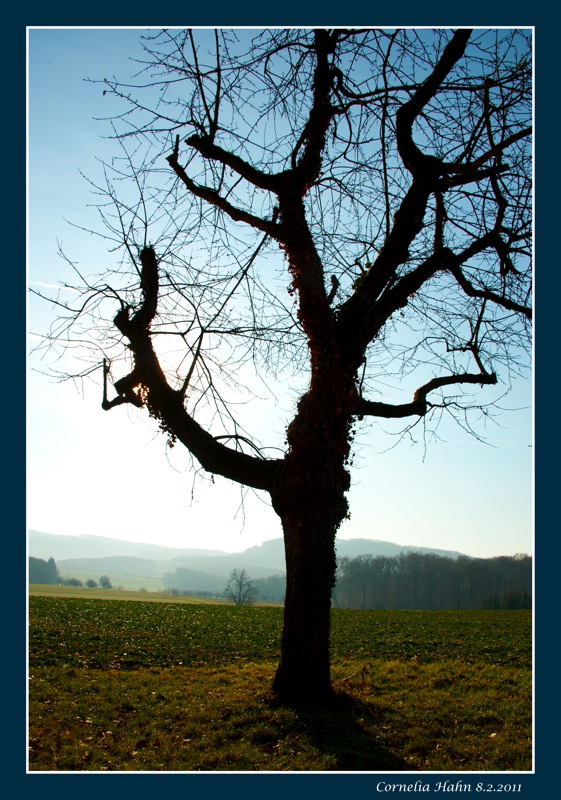 It was a very nice walk through forest and one could think that this fountain was put there just for us: 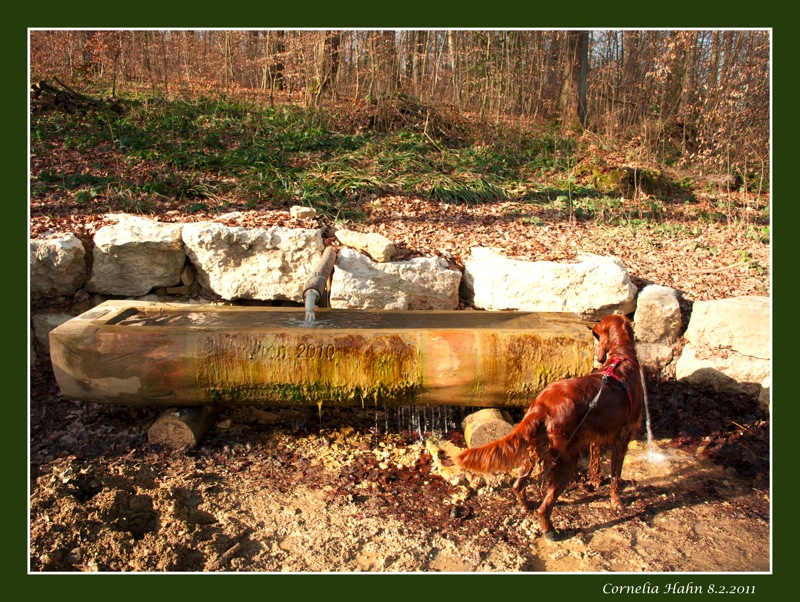 The first photo was in fact the last one I took that day of a tired and happy Joy - and on the map you can see with the tiny red spot, that we already made some progress, even if we were only on tour for 4.5 hours!

To be continued ... in hope of good weather!

look forward to the next installment....

You really have some fab photos there.....thank you for sharing them with us!

Lovely pictures Cornelia. Looks like a great adventure to me. What is the distance?

Comment by Robert Krajnc on February 9, 2011 at 11:42am
What a chalenge! Looking forrward to next stages and photos.

Comment by Chantal McIlveen-Wright on February 9, 2011 at 12:10pm
Wow ... sounds like a dream to me. A lot of logistics involved in finding small roads and woods! Congratulations Cornelia. Waiting for the next report and pictures!!!  thanks for sharing.

Comment by Nicole Wilson on February 9, 2011 at 1:14pm
Ah I replied to you before seeing this blog :-) Wonderful photos and what great weather in February! Have fun on your tour through Switzerland. Looking forward to the next instalment!

Comment by Myra Thomas-Rhodes on February 9, 2011 at 4:54pm
Have a wonderful time - look forward to more super photos.

Comment by sammi pease on February 10, 2011 at 1:28am
Wow...very impressed Cornelia!!!  Wish you and Joy a memorable and safe journey...and look forward to more great photos...xx

Comment by Peter Hennig on February 10, 2011 at 1:56am
wow looks wonderful what a great thing to do have fun