Our Summer in Norway (part two...) 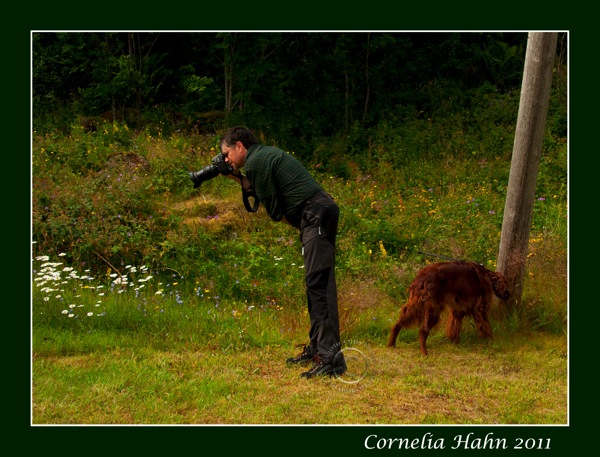 Ah, well - these photographers!! No further comment on that photo!! We just sometimes have different interests :-). We went from Sogne Fjord up into the mountains - this is just one of the glacier arms coming down from Josterdal's Breen (breen = glacier) - the pool was great to have a splash!! 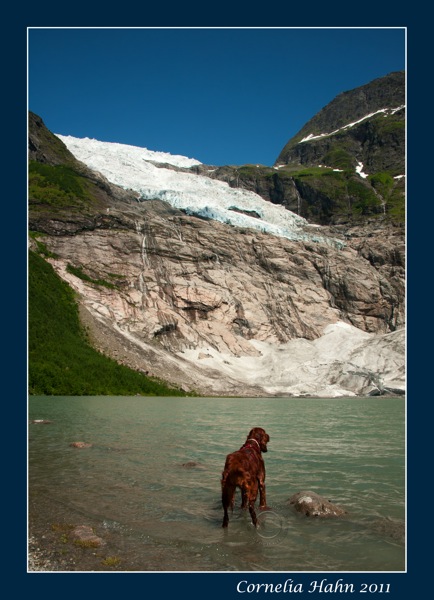 On the other side, further to the Atlantic Ocean, there were lakes full of water lilies - here are just a few - and she nearly had her splash in the water :-)). The Atlantic Ocean near the famous Atlanitc Veien (veien = road) was full of funny smelling, moving plants! I tried some - they tasted awful! 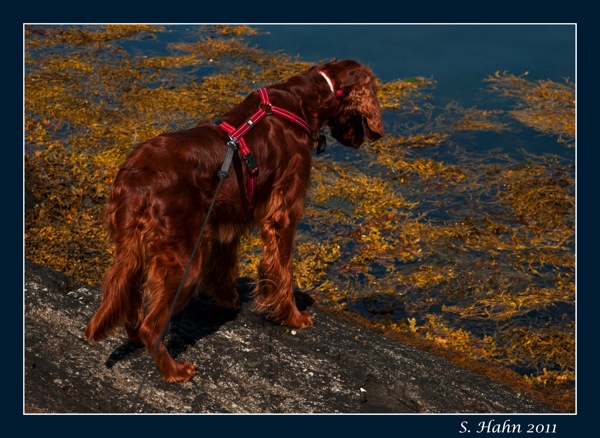 Hungry as I was in so much fresh air, I tried my best to get a share of her sandwich! Bet, I would be faster than what she could put it to her mouth? Ups! Someone else was interested in our sandwich - a 'Great Black-backed Gull' (Larus marinus). 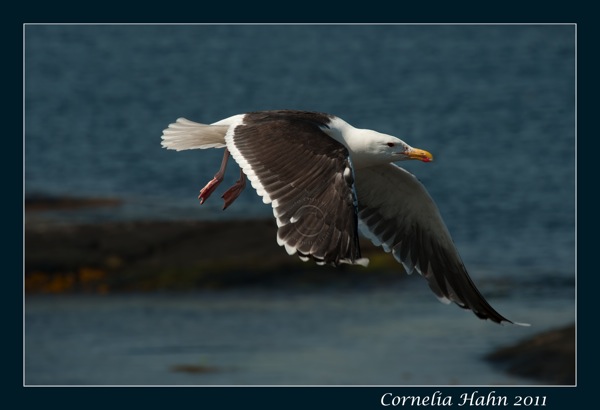 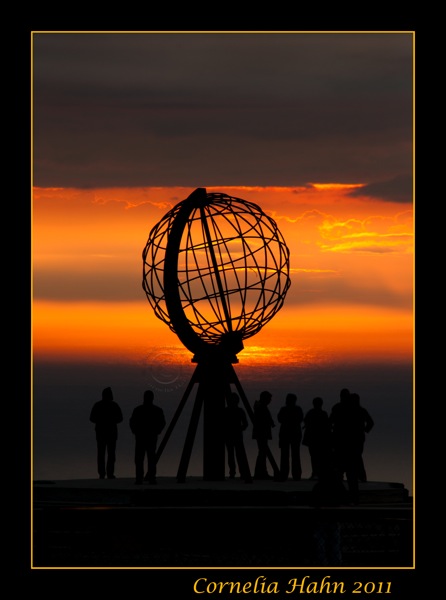 And one photo to prove, that I was there! Lucky us, we had 20°degrees celsius that morning (with a camper, you can just stay overnight.): 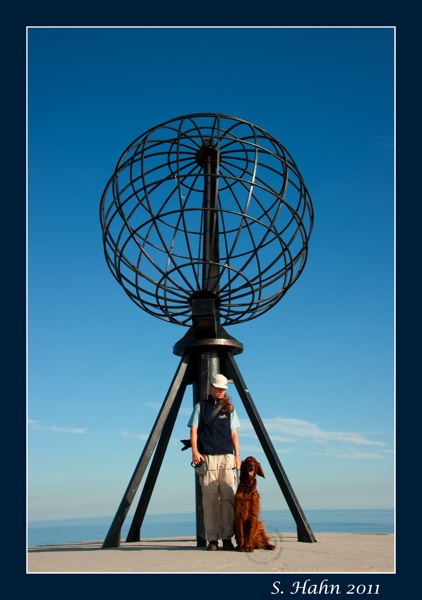 Fasten your seatbelts, I'm ready to take off!!! And what did I see? 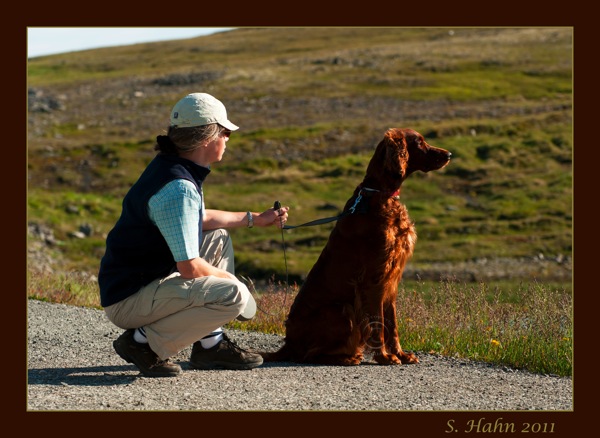 Reindeer!! Now these were far more interesting than sitting nicely at the Cape - pitty, she did not allow any chasing.. 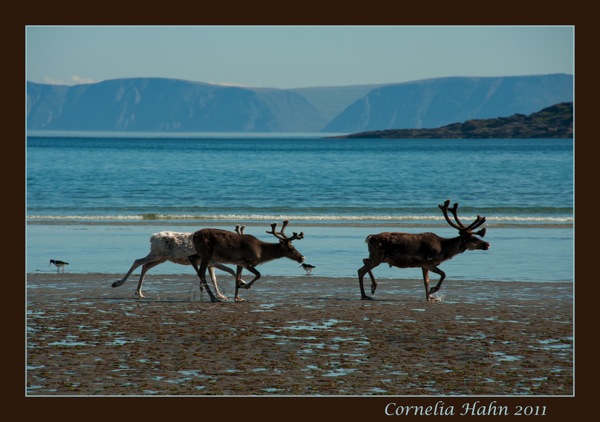 Some other smelling things were found in Nusfjord, a small fishermen's village on the Lofoten Islands: Dead fish heads left outside to dry: 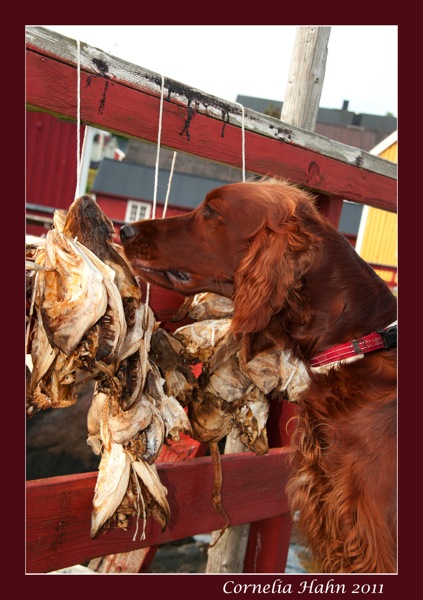 We spent a gorgeous week on the islands and I had many good runs along the beaches. We saw whales, seals and on this beach an otter (sorry - no photos) - she allowed me to run and chase the yet sleepy seagulls off the beach :-) - see: I'm very happy!!! (We camped where the houses are in the background) Once more they got a bit nostalgic about an old bicycle trip - she found the rights hill and nearly the same angle as years before, where she made her most favourite b&w photo - there were so many newly built houses, that we searched long for this view: 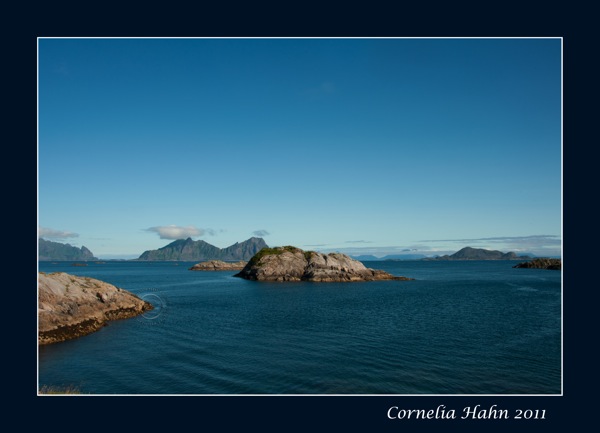 Gotta go now - more on the Lofoten Islands and our way home in the third and last part of my story...

Comment by Chantal McIlveen-Wright on September 8, 2011 at 6:07am
Oh Joy, what a lucky girl you are!!!  I love visiting Norway with you, as expected, yes expected now  :-)  there are plenty of fabulous pictures!! I have been there too but never saw reindeers on the beach ... and it makes it so more attractive a trip when view through our setter's eyes!!! especial when this setter is super dynamic and accompanied by 2 photographers!!!!!  Joy tell you mum please, that she doesn't have to reduce your holiday blog at 3 parts ... I can do with 10  :-)

Comment by Robert Krajnc on September 8, 2011 at 6:59am
Beautiful photos Cornelia!

Absolutely wonderful the scenery is just beautiful it must be great taking Joy on all your adventures .

Comment by Astrid Landsaat on September 8, 2011 at 1:15pm
Lovely pictures Cornelia! You had much better weather than we had.

Great pictures! Joy, you are one lucky girl, getting to meet such wonderful places!

Comment by Susan Mogony on September 8, 2011 at 3:26pm
Again a pleasure to look at and to read....and indeed you would get hungry looking at the photo's with al does great animals ;-)

Comment by Sherry Miller on September 8, 2011 at 9:55pm
not just three?  just let us see all the wonderful pictures Joy got to see in person, please, Cornelia???  Beautiful pictures .

Comment by Sharyn Latchford on September 8, 2011 at 11:36pm
Beautiful Photos