I need some help from the dutch breeders on this site...I am at the moment looking at a Border Collie in Holland and am reading about hips. Although both parents have got A hips, one has got a Norbergs angle of 18 and the other one 40. Here in Sweden (the way I understand it) the Norbergs angle is all part of the deal when reading hips. I dont understand this seperate reading and I am not even certain if a higher number is worse than a lower one (I am guessing its that way round). Can anybody enlighten me?

Permalink Reply by yvonne on February 18, 2008 at 3:15pm
i only can find some drawings how they measure the angle but it is all in Dutch and i think hard to understand for you all , hopefully the kennelclub can help you out

Permalink Reply by Laura Kolbach on February 18, 2008 at 4:06pm
can you post it anyway, i understand dutch quite well in writing and am really interested how you measure that angle. thanks in advance!

Permalink Reply by Henk ten Klooster on February 19, 2008 at 2:49pm
The Dutch Kennelclub (Raad van beheer) is working on an English translation of contents for health issues like hd on their website. Here-under is in Dutch part the relevant part you were looking for, taken from that website. So Laura can make a translation for details.

In a nutshell a Norberg-value is part of the system, the higher the number the better. Normal or high Norberg-value does not mean ok for hips! But only a low so bad value may mean a bad hipscore. The exact way it is measured is to be found under sub-heading 'De Norbergwaarde'.

Last report here states "botafwijking 0, Norberg-waarde 38". making endresult (FCI) A. I did not read this topic because hd is not an issue for a few generations now in (for me) relevant lines. By accident I hit the topic tonight, so heres a reaction. 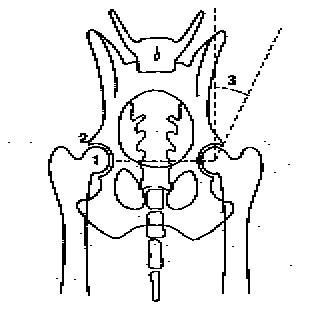 Permalink Reply by Mirjam on February 26, 2008 at 5:49am
Norbergwaarde

The left hip has a score of 19 degrees and the right one 20 degrees. So the 'Norbergwaarde' is 39.

You can also have a dog with B hips and a Norbergwaarde 40, the best score the dog can get. But the other things they judged the hips on are not very good, so he gets a B.

Permalink Reply by ursula wilby on February 26, 2008 at 6:15am
Thank you so much Mirjam for explaining it all to us!
The dutch kennelclub has yet to reply to my question but this is a great explanation. :-)

Permalink Reply by Laura Kolbach on February 26, 2008 at 6:41am
yes, thanks to everybody, but i still don't understand why NL uses a different number. as i can see, you also measure the "real" angle of 109/110 degrees as per above x-ray. see my previous comment: this angle has to be at least 105 as per FCI to receive an A - of course if all other things are OK as well.