Champion of the Champions in Portugal 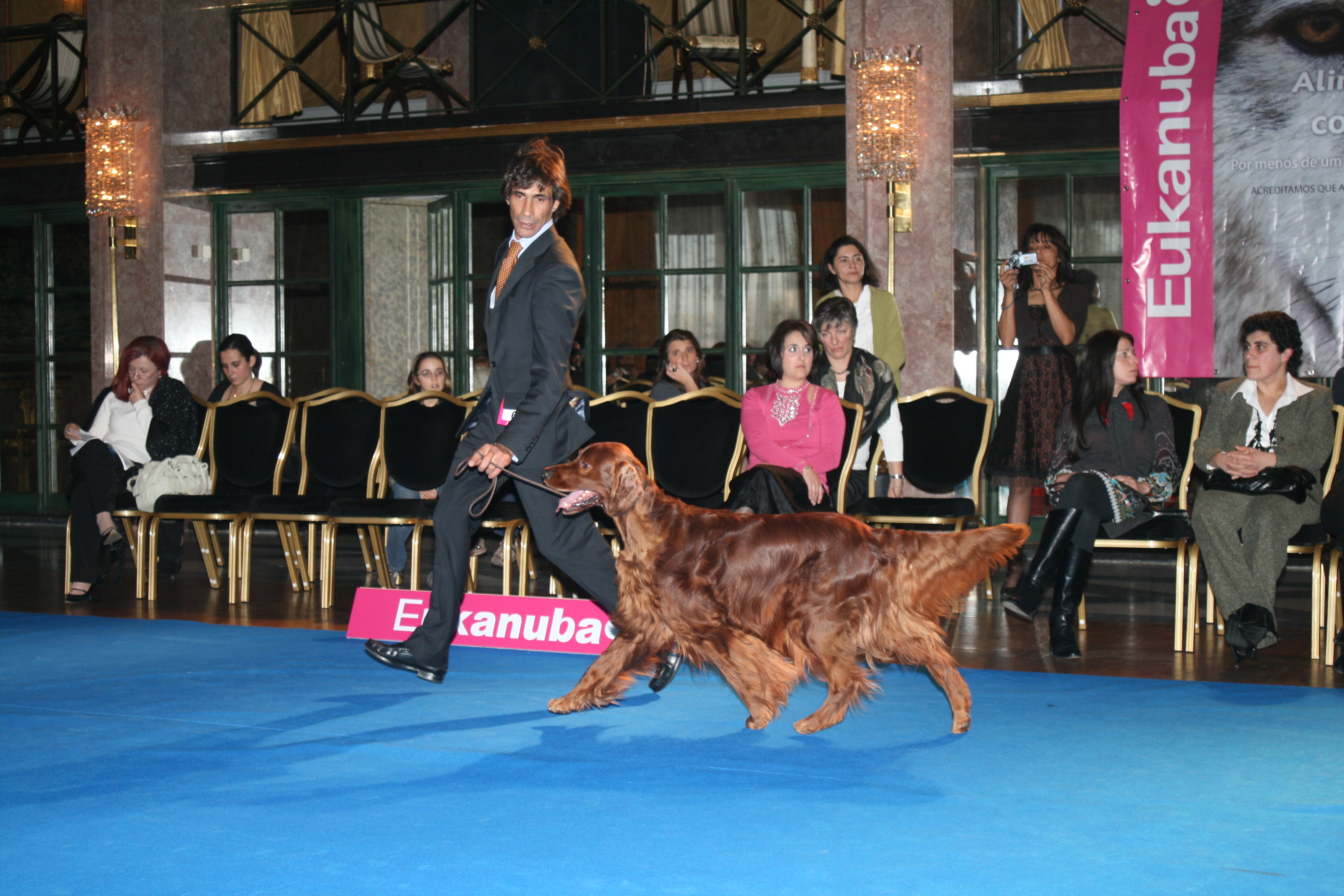 My pretty James Martin’s had win last 14 February the honourable trophy of Champion of the Champions Portuguese Kennel Club 2008. I’ve bin grateful to Pedro Completo his Porto- Rio breeder and like I usually say, his creator, who presented James Martin’s.
Happened, in Lisbon on a luxury Romantic atmosphere of the 5 stars Ritz Four Seasons Hotel, like the emblematic places of the begins Dog Shows.
It had been done the recognizance to Pedro and his breeders work with Porto-Rio Setters as well to James Martin’s an extraordinary dog.

Comment by Kristina Brannlund Westin on March 3, 2009 at 2:11pm
Congratulations!!!
You must be very proud and also his breeder! This must be unforgetable!
Nice boy!

Comment by Alenka Pokorn on March 3, 2009 at 5:25pm
Congratulations for such a big success. We dont have such a show here in Slovenia which is a pity as it is something special with a really lovely atmosphere.