Lego on the mend again.

Just a little up-date to let you know how Legolas is doing. We were back at Gillabbey Veterinary Hospital in Cork again yesterday...left Wexford at 6am & got there just after 8. He was booked in for his arthroscopy procedure on his left shoulder. The ortho-specialist Shane Guerin, who also treated Lego the last time he was there, explained everything that was going to happen. Initially the mineralised tendon was going to be removed but luckily new x-rays were done & Shane noticed that the bone fragment on his scapula had broke loose & shifted about 2cm further down Lego's leg...this was the cause of the major relapse in early July from simply getting down off the couch. He decided that it was the main culprit of Lego's pain at the moment & needed to be removed (the tendon was left alone for the moment & may continue to do well on the previous steroid injection).

Apparently it was a difficult procedure & took alot longer than initially expected, a few smaller bits were removed via the scope entry points but he had to be cut to get out the bigger piece as it was in a very awkward spot.

He had a bit of a rough night at hime last night but was glad to be home...he's still a bit dopey from being under the anaesthetic for so long but I'm hoping by tomorrow he'll be more alert.

As you can see from the photo...poor Legolas has lost alot of his trademark crazy hair & now looks like a cross between a Chinese Crested & an English Setter ! There's nothing actually wrong with his paw but it has been wrapped up to prevent him from putting any weight on the joint. It'll be like this for a week, there'll be a lot of swelling too in the coming days but Shane said it should all drain away naturally over the next three weeks or so.

Luckily I'm still on hols at the moment so I can keep  very close eye on my 'Big-Man' and give him lots of T.L.C :)

Shane gave me the biggest bone fragment to keep, it'll certainly be the strangest souvenior I've ever had :)

We're all hoping that this will finally bring and end to something that has been going on since March 2010 and that in a couple of weeks my baby will be totally pain free.

I also wish to sing the praises of his vet, Shane & the wonderful team in Gillabbey that have taken such great care of my special boy while he was with them. Thanks a million !!! 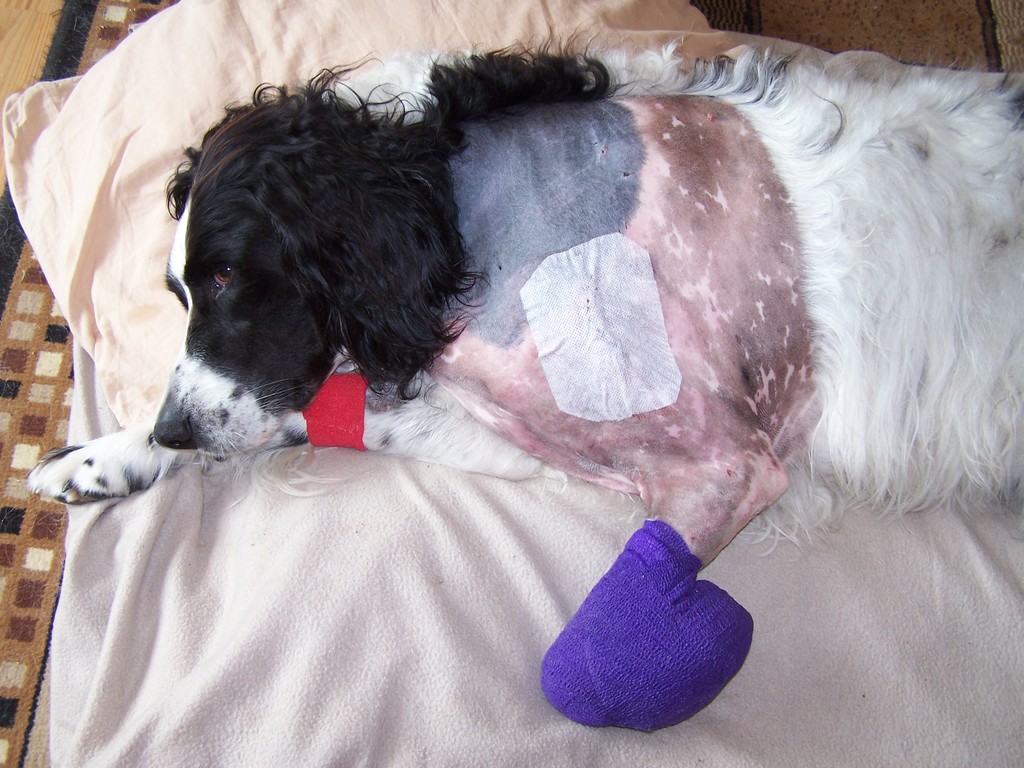 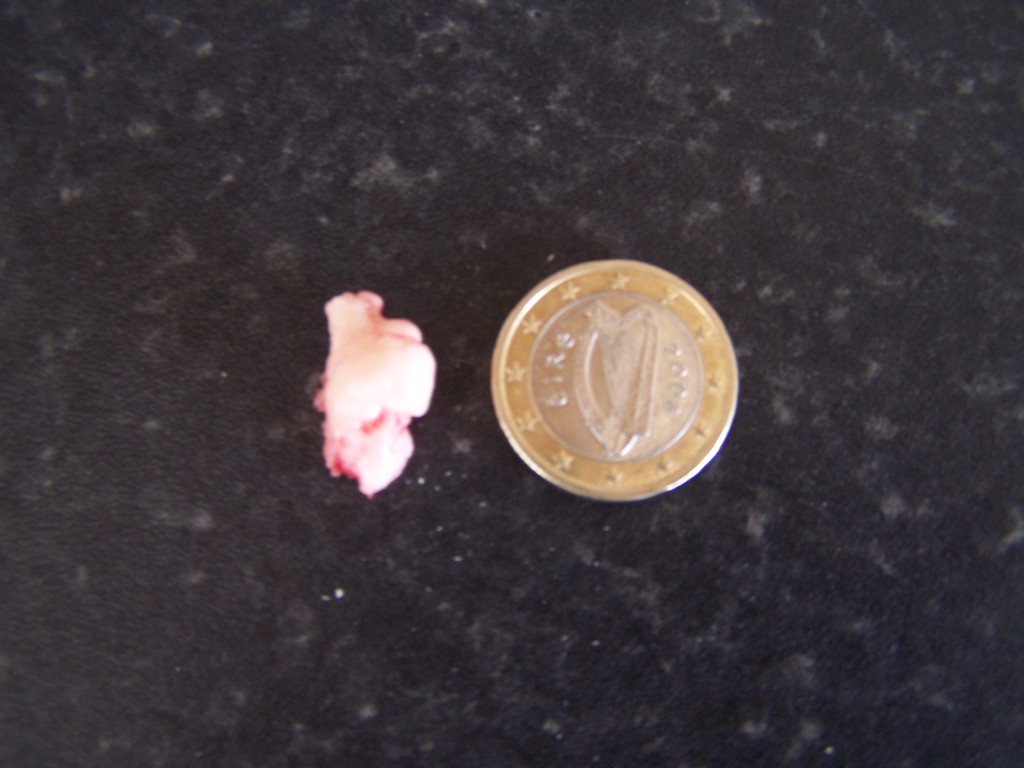 Comment by lyn hathaway on August 10, 2011 at 9:54am
oh michelle i do hope things are going to be better for poor lego soon .hope he makes a full recovery when the pots off.sending him hugs xxxx

Comment by Chantal McIlveen-Wright on August 10, 2011 at 10:00am
I wish you a very quick recovery beautiful boy, you look beautiful on this picture, what a great face and expression, absolutly wonderful. Thanks Michelle to let us know, good luck and plenty of cuddles to handsome Legolas  :-)

Comment by martina mckeag on August 10, 2011 at 10:04am
My poor boy glad everything went well Michelle and hopefully he makes a good recovery soon I'm sure  it was a worrying time for you and he will soon have his lovely hair back take care and big hug to Lego from me

Comment by Cornelia on August 10, 2011 at 10:31am
Oh I also wish him the best of luck and that this is now the end of a painful story - he is such a patient lad!! Give him a big hug from us, Cornelia and Joyful

Comment by James Doran on August 10, 2011 at 11:02am
Best wishes for a speedy recovery and a pain-free future for Lego man!

I hope Legolas makes a quick recovery, and that this will be the end of his unfortunate adventure. I'll keep my fingers crossed for your boy, and wish he has a pain free future, full of running and jumping around, like setters always love to be!

Give him lots of cuddles from us!

Comment by Myra Thomas-Rhodes on August 11, 2011 at 9:19am
Ouch, poor baby! Get better very soon, Lego. Everyone is thinking of you.

Poor little boy, hope he is running around soon