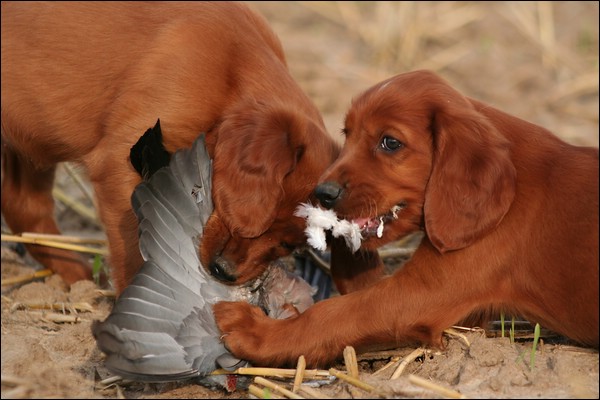 Now the breeders (not me - I'm only the owner of the studdog ;-)) are preparing the puppies for their future life as hunting dog. For example the puppies can show their well distinctive instincts for pointing on a stimulating-rod with wings of feathered game on it. They have also very good noses and a big interesting on every king of game. Now is the right time to show… Continue

On the 6th and 7th April Milan covered the bitch Lohmann's Krambambuli from the performance-oriented Irish Setter Kennel Wenzl's Master of Desaster. On 4th July 4 males and 10 bitches are born and healthy. The puppies are growing… Continue 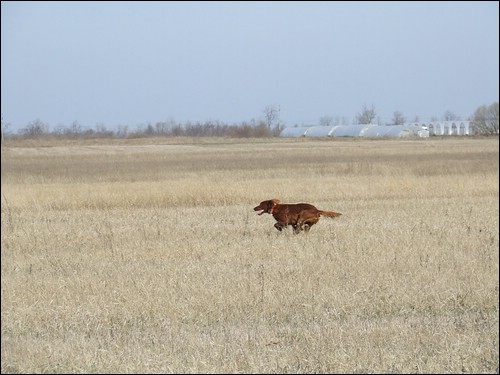 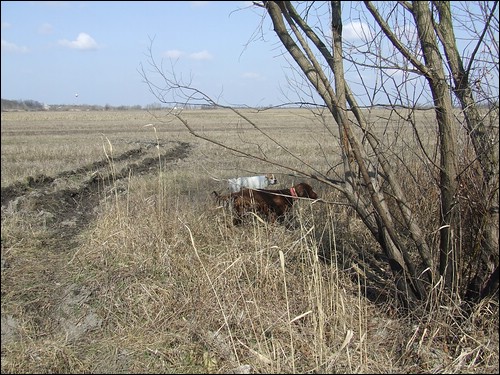 Now we are back from a very interesting and intensive training week in Hungary.

- there we meet some very nice and interesting people (mostly "setter people" ;-)) hello to Petra Kasznar and Laura Kolbach ;-)
- we spend many great hours in the fields with the dogs
- I've learned a lot about English Pointing breeds, Irish Setter and their handling on hunting and Field… Continue

Because of several foreign visitors, I try to offer my Homepage in english language. Maybe there are some mistakes in translation but I hope it is a little bit understandable. If you find some mistakes or misunderstandings please tell me. Not all articles are translated yet - please excuse me - I try to go on with translation step by step. So you are welcome on:…

Yesterday we were on duck hunting. All fishing pools were frozen. All ducks of the pools at the near were collected in a small open hole in the ice. So we are standing around it for hours to shot the ducks until darkness. Only a Labrador and my Reds were there to do the retrieving job. Milan and Chili did very good job - 140 ducks were shot and picked up by the dogs. Sometimes the job was not easy, specially when deseased & escaped ducks were… Continue

In october we were starting on german autumn field test with Lohmann's Milan and Lohmann's Ortrun (Chili) in the german club of french pointing dogs. Milan was starting at the the test for adult dogs and Chili started at the test for young dogs.. There where many duties they have to do: retrieving ducks from reeded water, retrieving duck and hare on a trail, trailing and pointing, work after living duck (searching and retrieving after shooting), general obedience…

Hunting on ducks with Lohmanns Milan

some pictures .. it was his first duck hunting and he has worked very well…

The last weekends we started with Chili to Jugendsuche and Verbandsjugendprüfung (VJP) - this are working tests / derby for young dogs in Germany. In both we reached a VERY GOOD (67 and 70 points). VJP: Chili started in comparism with many different pointing dogs (mostly German Wirehaired Pointer). We are very proud of our 9 month old girl!… 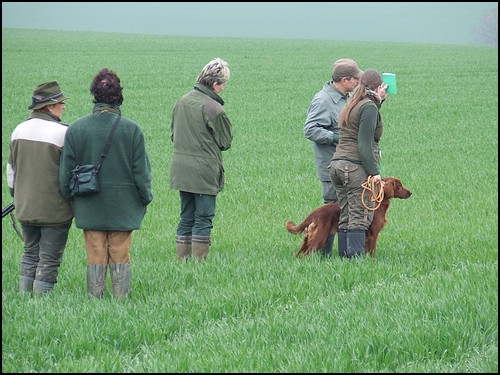 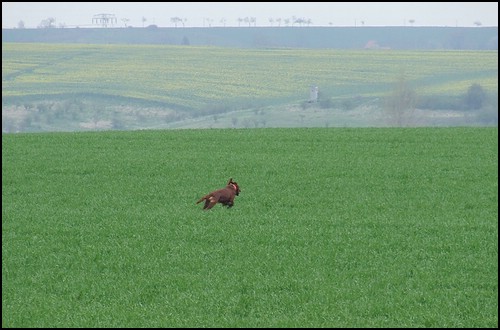 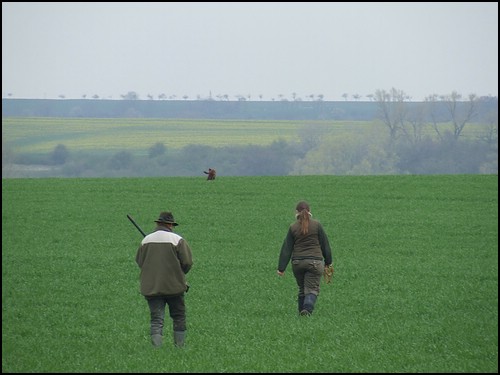 First time on a FIELD TRIAL

After 2 days of excessive training in Lohmann's fields with lots of wild partridges, many many hares and several pheasants, I decided to start a very first time on a FIELD TRIAL. Early Easter saturday saw us at the meeting point of the English Setter Club Germany's spring trial in East Germany.

My 8,5 months old LOHMANN'S ORTRUN (Chili) started in INTERNATIONAL DERBY for dogs up to 24 months. We came home with a VERY GOOD, 14 points and best Derby dog of the group !…