Photos supplied by Marika Kuusman from Estonia. Thanks to her for help with showing and congratulations to her young Viszla male Quickstep of Skyrocket who was BOB both days and shortlisted for the Group at only 1 year old. He became Romanian Junior Champion. BOB English Setter both days was Jet Bomber of Slow Fox who also became Romanian Champion and Romanian Champion com Laudaue 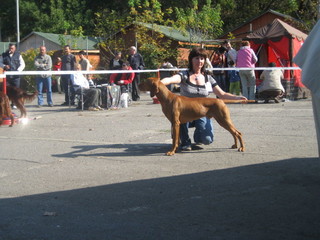 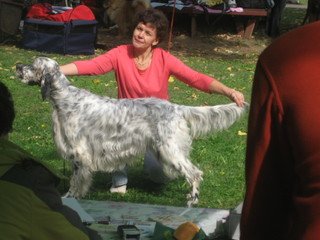 And for our own results 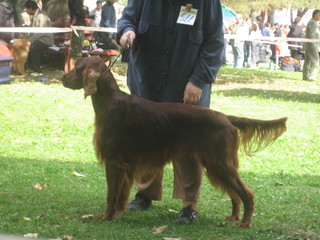 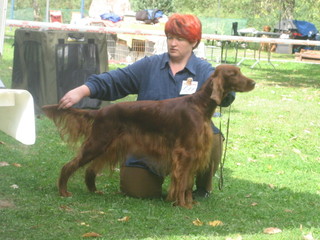 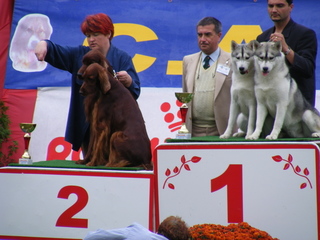 Comment by Piret on October 8, 2007 at 8:40am
And maybe some photos too? You had really super weekend, my biggest congratulations!

Comment by Charlotte Godart - Riverwood on October 8, 2007 at 9:28am
Félicitations, another splendid weekend !
I await the photos.

Comment by Carmel Murphy on October 8, 2007 at 4:12pm
Well done Alenka on such great results!!

Comment by Kasia Czapla on October 9, 2007 at 4:37am
Congratulations Alenka! Looking forward to see some photos. I might have some photos from Rostock of your Taboo later this week.

Comment by Laura Kolbach on October 12, 2007 at 5:49am
thanks for the photos! other results from the irish?