5 Years, 5 Best of Breeds in a Row for Fionni

The Perth Royal Show is over for another year, and I am happy to report that my boy, Aust Ch Linleymvorne Huntsman (Fionni) was Best of Breed for the 5th straight year - a super achievement for any dog in any breed.  He was then short-listed to the final 6 gundogs for Best in Group, for the second year in a row.

Only six Irish were entered this year, and only two of those - my two - showed up (lucky for everyone else, since mine have since come down with kennel cough!!!).

Fionni was awarded 1st Open Dog and BOB.  But the unpleasant surprise of the day was my beautiful Aneira (Garden Star's Ramblin Rose [Imp Hun]), who won 1st Intermediate Bitch, and who received a lovely, positive critique from the judge...who then subsequently WITHHELD the challenge!  Not going to comment too much on my thoughts about that here, suffice to say I strongly disagreed with the reason given.  Oh well.  Another show, another judge, eh?

Anyway, all that aside, here are some photos of the day. (No photos of the judging, I'm afraid, since we were rushed to the ring and didn't have a chance to get the camera.)

Aneira and Niamh (and fluffy toy) 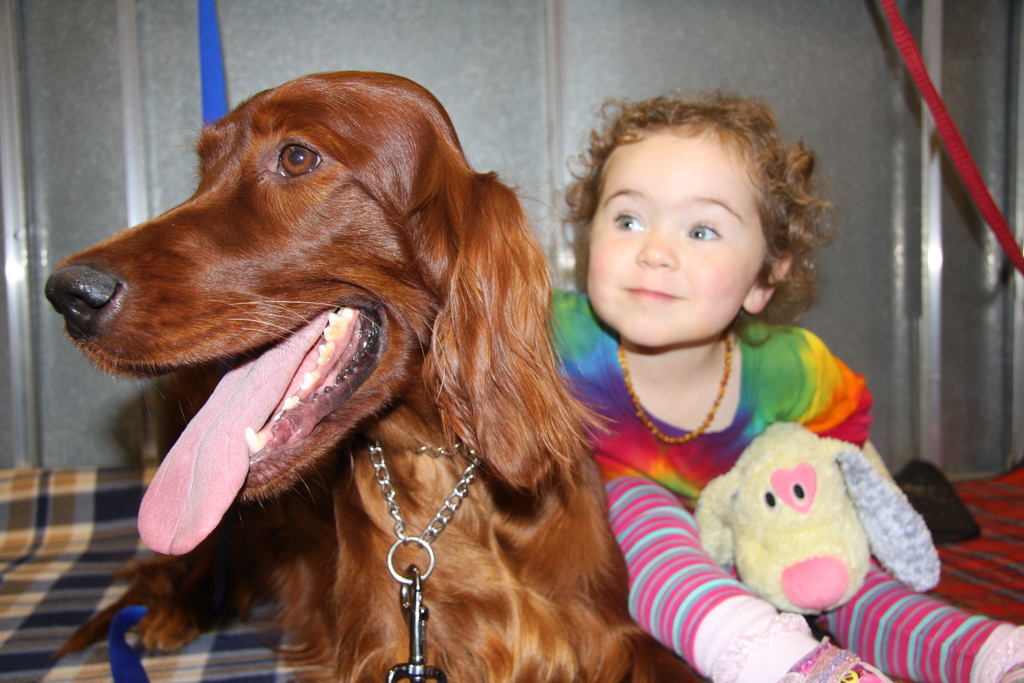 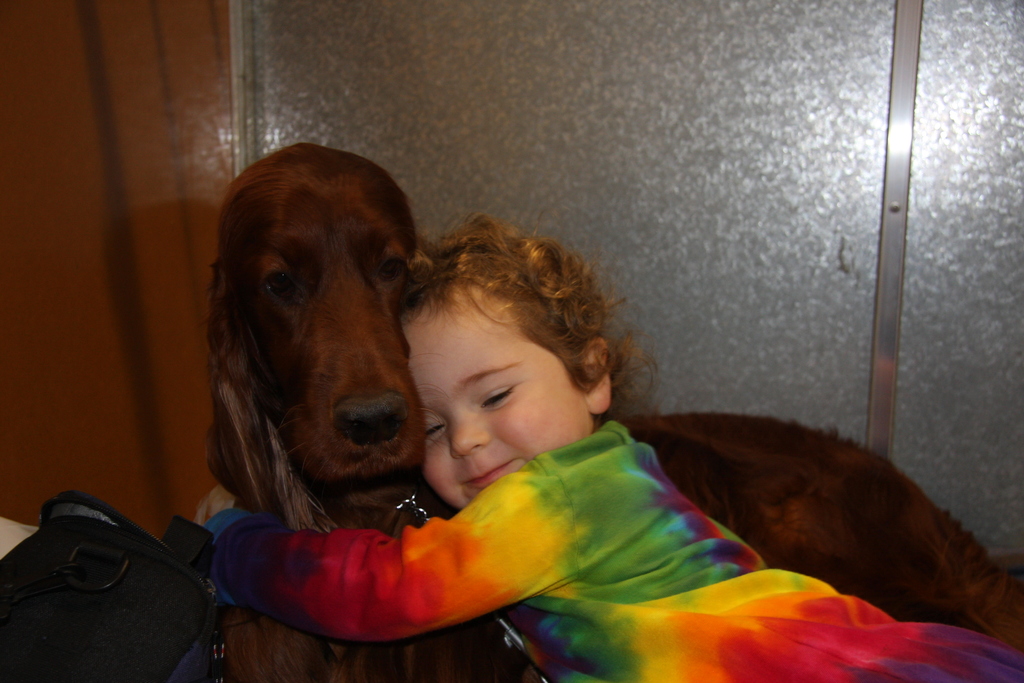 Comment by Pat Aldridge on October 10, 2011 at 2:40am
Good record there, Melinda - would you care to name the judge (for my future reference LOL!)

Comment by Chantal McIlveen-Wright on October 10, 2011 at 6:00am
Very well done Fionni!!!!  and congratulations Melinda!  Superb pictures, so nice and sweet ...  sorry about the kennel cough, hope it will soon be bad memories  :-(

Comment by McBIRDY - Jean DUHANT on October 10, 2011 at 12:59pm
Congrats for  Fionni ! Love the second picture with Niamh ! great friendship !

Well done!! great pictures!! that's something else then show pictures! Sorry for the cough, hope they get through it alright!

Congratulations to you and Fionni!!  Lovely pics of your three "kids".  Looks like you all had a great day!