Today we said good bye to our Labrador, Zep.

Run free, boof.  We will miss you. 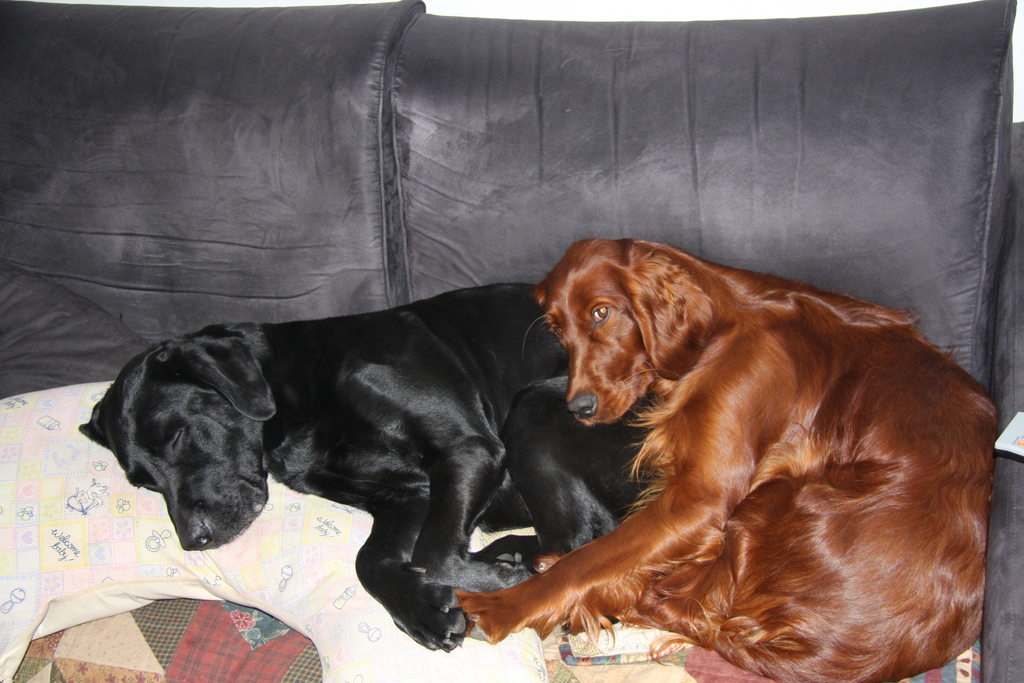 5 Years, 5 Best of Breeds in a Row for Fionni

The Perth Royal Show is over for another year, and I am happy to report that my boy, Aust Ch Linleymvorne Huntsman (Fionni) was Best of Breed for the 5th straight year - a super achievement for any dog in any breed.  He was then short-listed to the final 6 gundogs for Best in Group, for the second year in a row.

Only six Irish were entered this year, and only two of those - my two - showed up (lucky for everyone else, since mine have since come down with kennel… 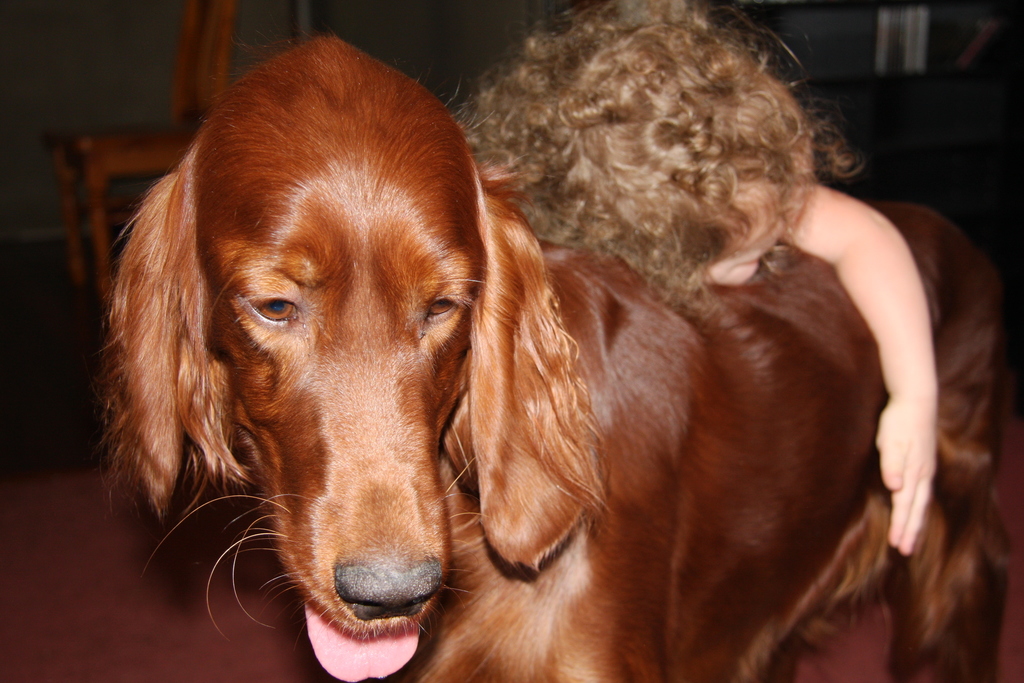 Still as naughty as the day she arrived ;-) 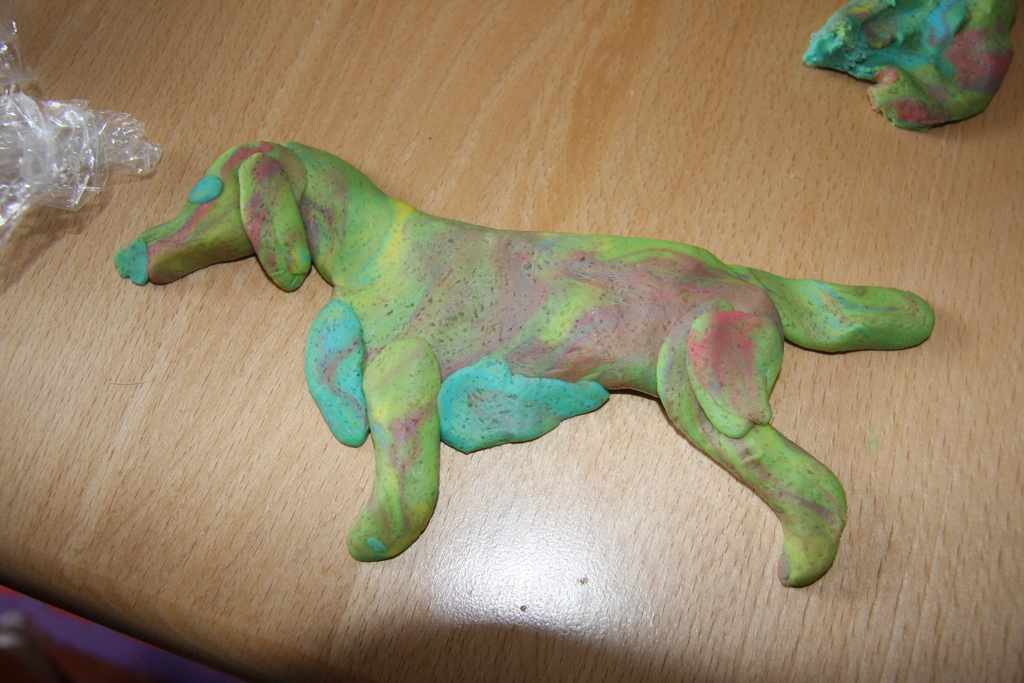 Here is my new Irish!  What do you all think?  Okay, a bit of a mismark...and the feathering is a little lighter than the body coat.

(I don't remember the last time I spent 3 hours playing with play dough.  It's way more fun than real life!  Toddlers get all the…

Junior Handler in the making...

Thought I'd share this little video - taken on my friend's i-phone (thanks Andrea!) - of my daughter, Niamh, in her first ever junior handler's class.  Not even 2 years old!

The bitch she is showing is of course my lovely Aneira (Jingles x Molly), and judge is Michelle Briggs.

I was so proud of her, and we had such great fun!  Thank you, too, to Michelle for being so patient with my little one.  She is normally extremely shy around anyone new, so I was half…

Just in time for Easter 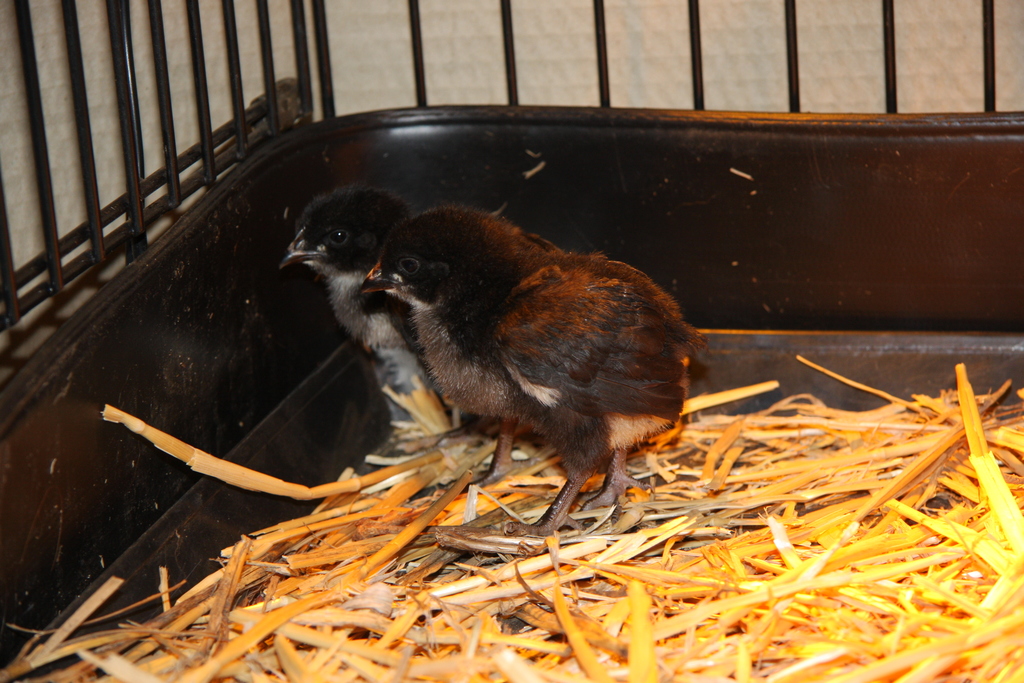 Just a quick blog (well, a brag, really!) from me to say that last night, my lovely Aneira won her first points towards her Australian Champion title.

She showed very well, considering it was her first show in Australia - and her first night show ever - and moved beautifully.  We were so proud of her.

No photos of the show, unfortunately, but I think there will be a video soon :)

Thank you again to Judit and Laszlo Toth, and to Aleks and Willem…

4 Back-to-back Best of Breed wins at Perth Royal for Fionni!

The Perth Royal Show is one of the largest shows on the Western Australian calendar, and is the only benched show held here each year.

For the fourth year in a row, Fionni has taken out Best of Breed against some very fine competition indeed. He then went on to be short-listed to the final 5 for Best in Group.

We are very proud of our boy, who showed his heart out yesterday (for once!).

Here are some photos from the day.

1 year old yesterday (we were out visiting family all day, so I couldn't put up a post on her actual birthday). Thanks again to Laszlo and Judit Toth for sending me this very special (and very naughty!) girl. She has added so much spice to our lives!

Finally! After completing her 30 days in quarantine at Byford, Garden Star's Ramblin Rose (Aneira) is finally home with us.

She has settled in like she's been here always - and within the first hour was stealing toast off the kitchen bench and taking teddy bears from Niamh's toy box. She's happily ripping apart her bed as I type...

I will hopefully have some photos to share once I can work out how to upload them to the laptop, as our main computer has died.

Well! After a VERY long wait, and many years of dreaming, wishing, hoping and planning...she is finally here! Garden Star's Ramblin Rose (Aneira) touched down in cold, wintery Perth today after a long flight from sunny, warm Hungary. Unfortunately, due to Quarantine's strict rules, I haven't been able to see her yet, so I don't have any photos to share.

I am absolutely thrilled by her exciting arrival, and I would like to extend my deepest thanks to Judit and Laszlo Toth,…

A great final show after a very quiet year with not much showing for Fionn...

After all the frantic washing, grooming, dinner-making, baby feeding and battling to bed, we almost didn't end up making the hour-long drive to the night-time show, but I'm glad we did. Fionni surprised and thrilled us by winning Best in Group and Best Australian-bred Exhibit in Group under judge Mr B Newman-Sparks.

We went back today for General Specials (in 30 degree heat - yay). The show was… Continue

Just wanted to announce the arrival of my baby girl, Niamh Maia, born on 23 July at 9.08am. It was quite a difficult birth, and I ended up needing an emergency c-section. But I'm home now and doing well, and Niamh is a lovely, good baby.

Here's a pic for you all :) She has the same giant cheeks as she had in her 3D pic!… 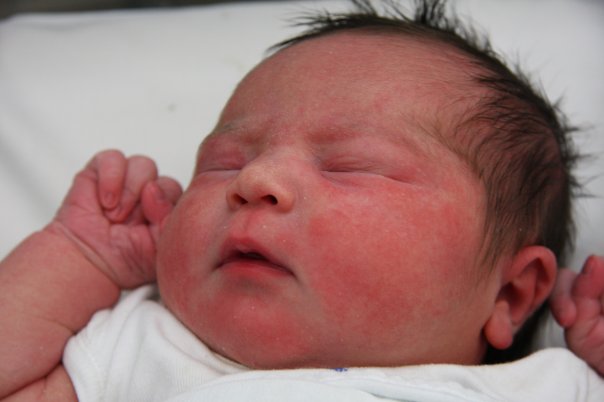 Not an Irish Setter, but...

I hope you don't mind me posting a non-Irish Setter blog entry, but I just wanted to share a pic with you all :)

Not due until the end of July, but already we have eyebrows, eyelashes, can suck our thumb and have a full head of hair! The catalogue for the bushfire fundraiser "Virtual International Dog Show" has been released. There is a fabulous entry of Irish Setters - so thank you very much to everyone who entered!

You can view the "catalogue" here: 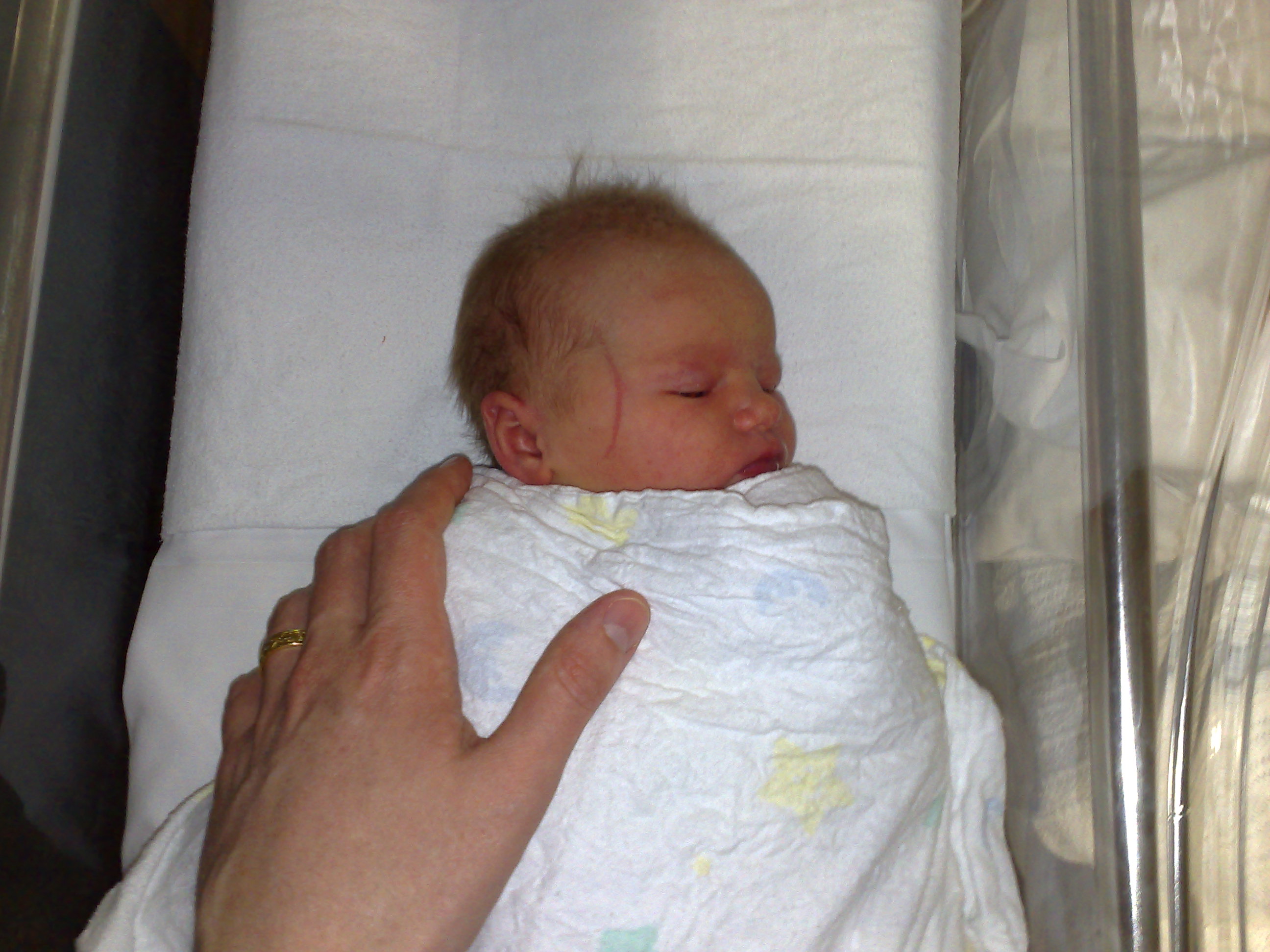 Okay, her ears aren't that long and she's not covered with hair (although I think I see some red hairs there!), but I hope you'll forgive me for posting this pic of my new niece! I'm not sure yet if she meets the standard, but I still think she's kinda cute :-)

(That mark on her face is from the forceps...yes...ouch...although there is still some debate as to who was in more pain, mum or… Continue 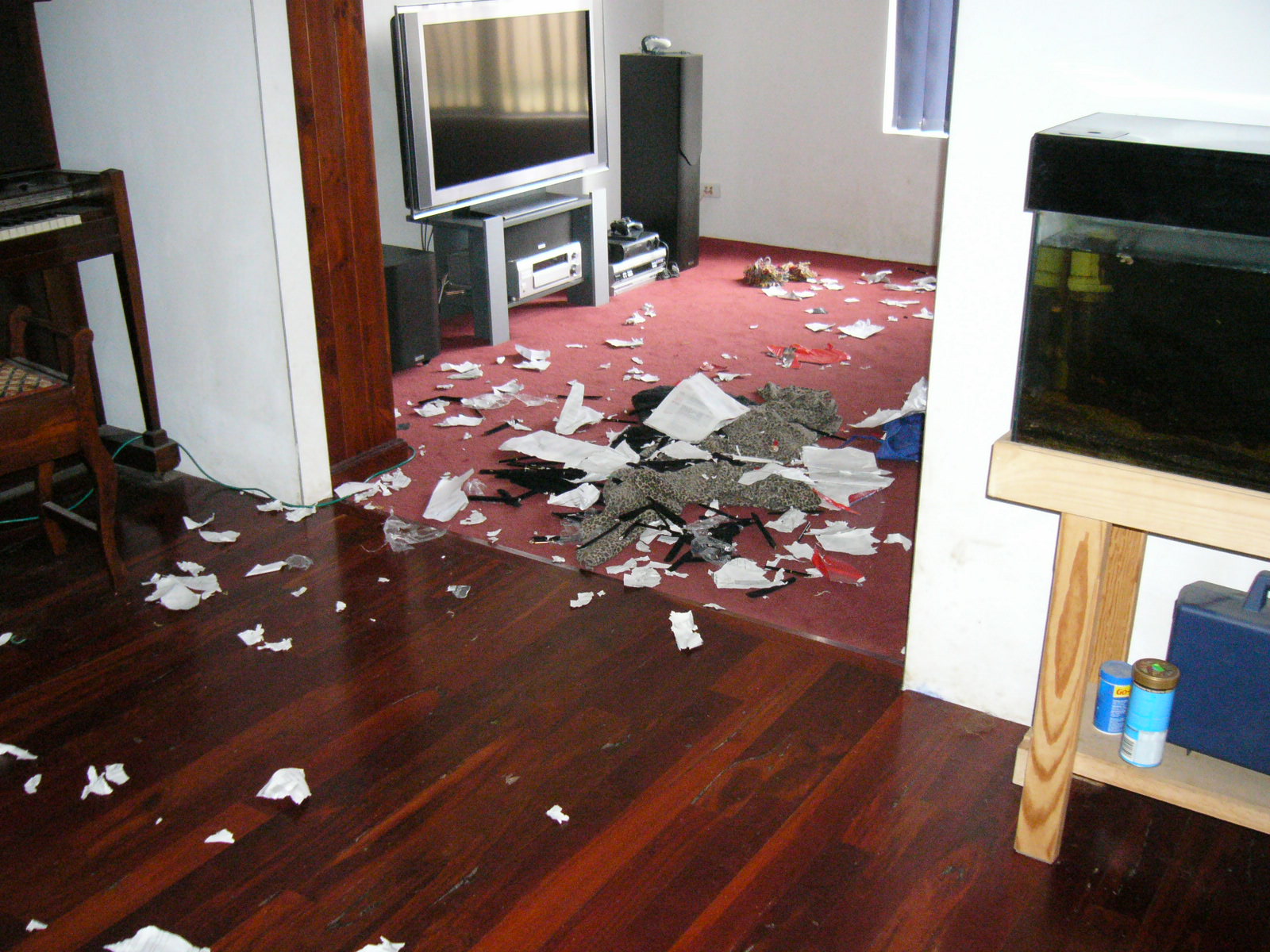 Anyone want to trade? Two Irish Setters, going free! Will swap for chocolate...

My bitchy is a big 2 year old girl today :) Happy birthday to my princess, Maia, and to all the "Magic" litter! And thank you to Carmel from Shadowvale for my lovely, happy girl.

Maia's favourite things, as a 2 year old, include:

- gardening
- destroying her bedding and anyone else's bedding
- escaping (sound familiar, Carmel? Remember how she used to run away when you went to put her in the puppy run?)
- stealing plastic weights from the vertical blinds and… Continue

A very small brag for the weekend! 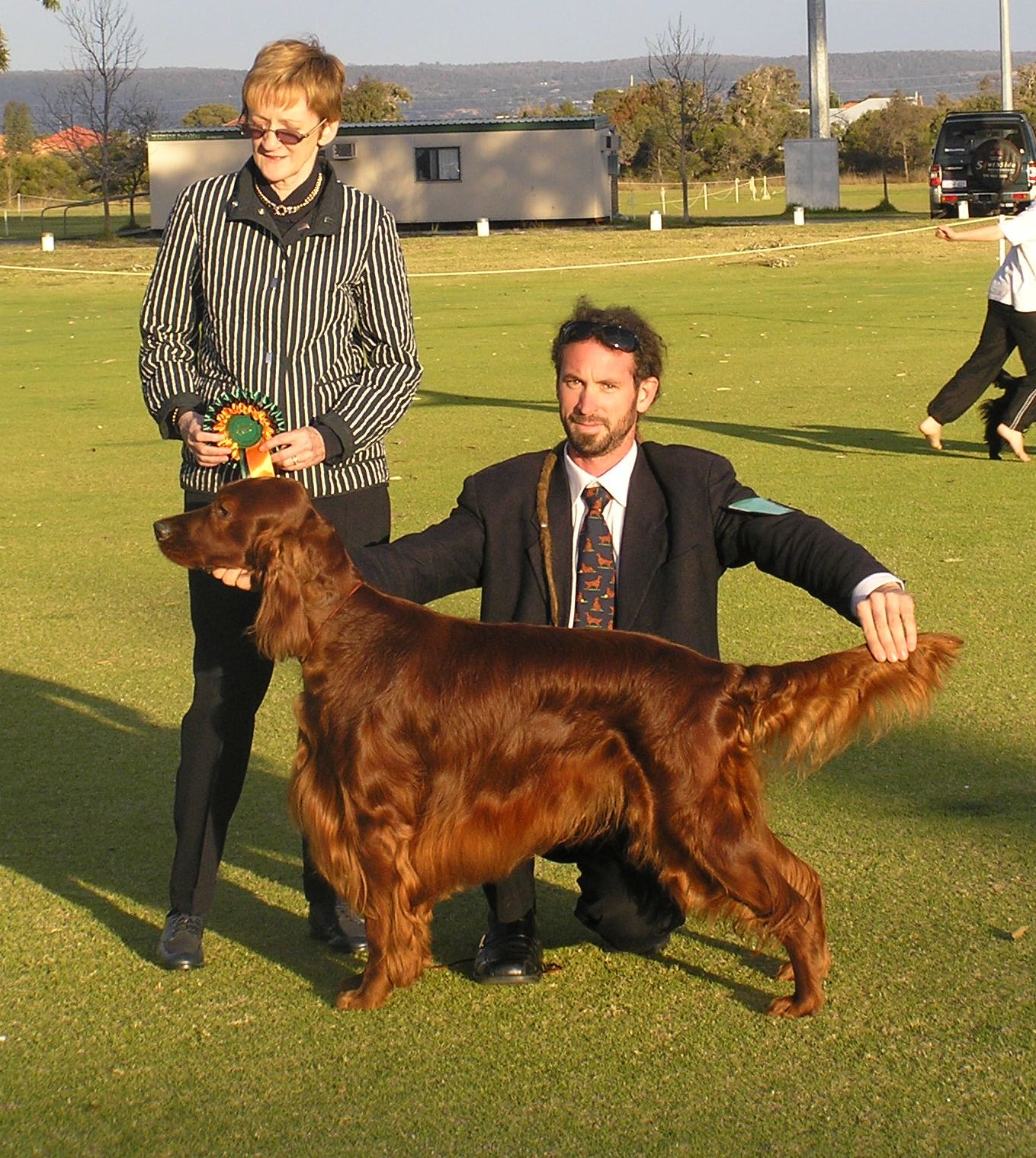 Yesterday, we held our Setter & Spaniel Society of WA specialty show. Despite the threatening clouds, the weather held, and it was a lovely day down at the CAWA.

My boy, Fionni, surprised and thrilled us by winning Best Australian-bred Exhibit in Show, and then went on to win Best Setter in Show. The judge, Mrs Magaret Joyce, from Victoria, spoke to us after the show and was very complimentary in her opinions of our… Continue

A great weekend away!

Unfortunately, I don't have any photos to share (we really have to replace our digital camera one day soon). But we had a great time during our first trip to the Geraldton & Districts Kennel Club show this weekend. Geraldton, for those of you who don't know anything about Western Australia, is a large country town located about 4.5 hours north of Perth. We went just hoping for a nice weekend away at a country show with some very good friends (who I really must invite to this site, since… Continue