This photo has hung on the wall in my kitchen for many years. Found at a fleamarket and taken in Sweden. He obviously loved his dogs enough to have a special photo taken with them. I find it interesting that the leads used are so very thin, rather like show-leads. Enjoy two setters from the past...he is now back in his frame and once again looking down at me on a daily basis. :-) 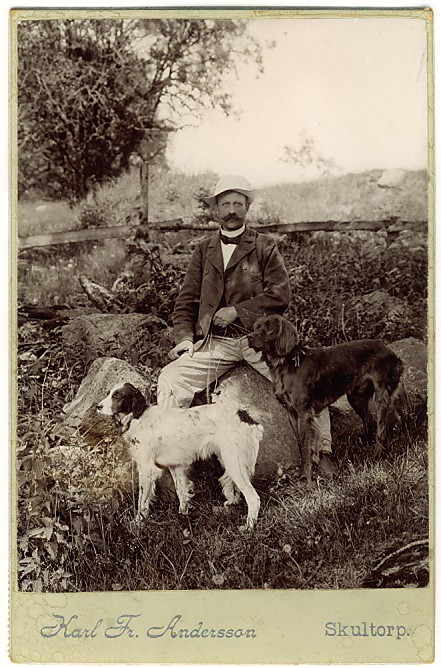 PS I am certain he would have been delighted to find himself (and particually his dogs) here on the site! 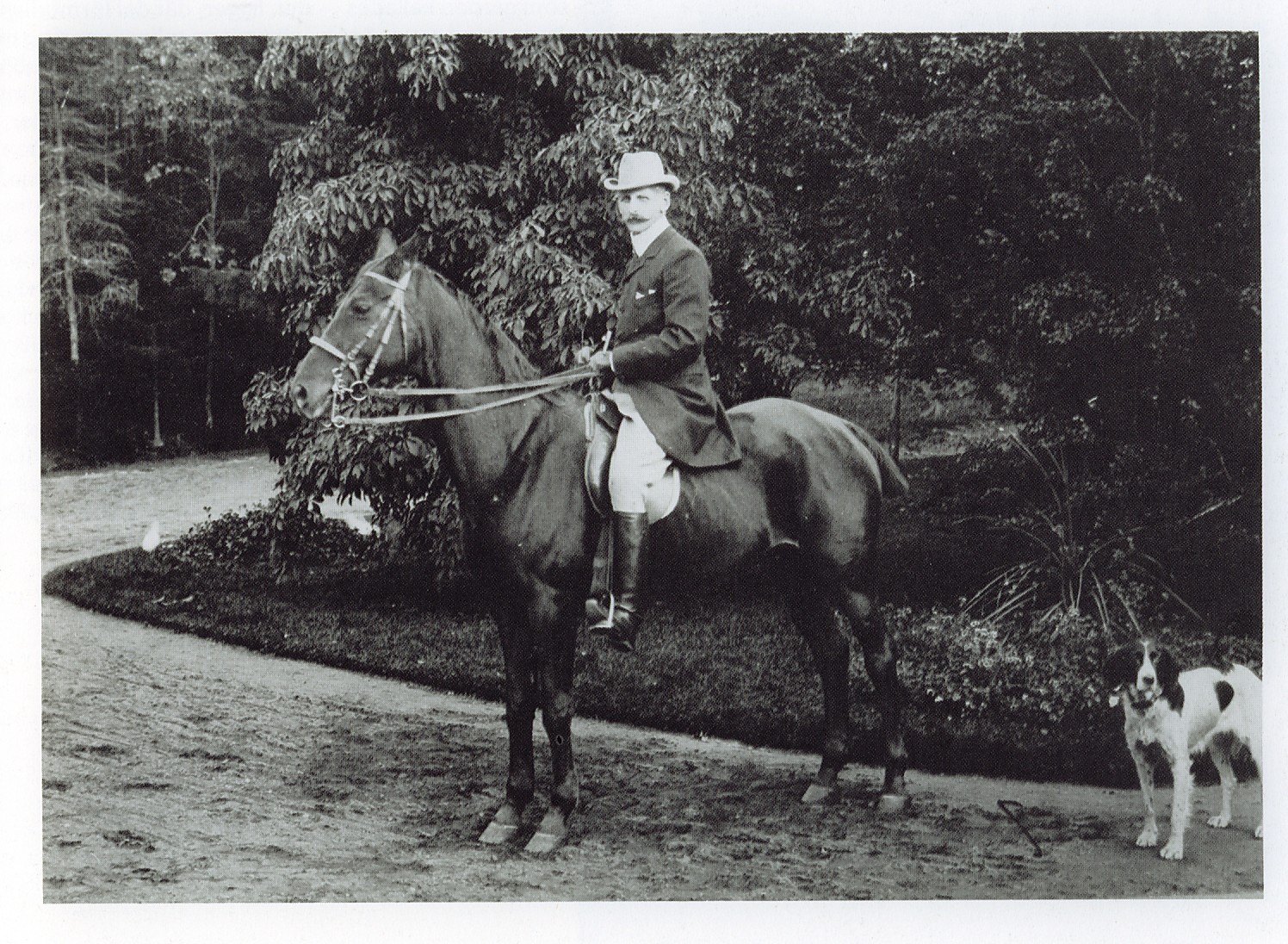 I got the book about the the photographer Karl Fr. Andersson and having gone through hundreds of wonderful photos, I have only found one other setter.

(In fact there is only one other dog in the book, but this may well be due to the fact that as exposures were so very long, you had to stand 100% still not to end up as a fuzzy image. My personal belief is that dogs were banned from most photos as not to spoil it all...)

This english setter was owned by Nils Fock (a Swede with Geman/Baltic background). A world-traveler (long trips to Africa, America and South America) and married to an american wife.
There is tons of information about this setter-owner but not a single mention of his dog.
Who actually looks quite like the english setter that was owned by my "kitchen-man".
As the photographer Karl Fr. Andersson appears to have been active in the area for a relativly limited time (according to the book 1896 - 1910) it can well be assumed that the two english setters are in fact related.

But guesswork is as far as it goes...

Comment by Dee Rance on December 2, 2008 at 3:39am
They both look so proud of either themselves or their animals, and yes the dogs would have had to stand still for many minutes, My girls would have been red blurs across the picture. Thanks for sharing them with us all.

Comment by Kristina Brannlund Westin on December 2, 2008 at 5:29am
Vilken spännande historia!

Comment by ursula wilby on December 2, 2008 at 6:38am
No Kristina, I dont think the men on the photo are the same...the scanned photo from the book is not as clear as the actual photo, but (although sharing their taste for facial hair-styles) they dont look the same once you study them closly. :-)

Comment by Anna Kazimierowicz on December 2, 2008 at 10:18am
Ursula, you are fantastic investigator. And the story becomes more and more intriguing. For me men resemble each other too. I'm wainting for sequel :))))
As we are talking about taking photos of dogs, first photographs had some tricks, e.g. dog should sit on the chair tied to anything - on one of my photos there is sitting setter and a stand near by.
Another kind of dog standstilling was to put dog on two chairs - forlegs on first, hind on second one. I saw that kind of photo.

Comment by Carmel Murphy on December 2, 2008 at 10:52am
I thought both dogs were red and whites! And they are very different from each other(different heads and markings!) Another lovely photo Ursula!

Comment by Dee Rance on December 4, 2008 at 6:01am
I think, if you look at most of the pictures of that 'era' the men all had the same type of facial hair, that does make them all look the same, the dogs however are differently marked, ''perhaps related Ursular????''

Comment by Jo Ottinger on December 8, 2008 at 5:20pm
Lovely photos thank you for sharing