The Discovery dogs have had a lovely showsummer We went to the Kennel Club show in Jönköping for their triple days shows, but only entered to two days. First day Mrs Rita McCarry Beattie was judging. Photo above shows Discovery´s Love Of My Heart "Samsam", 19 months old. This day he won the interimidiate class with Ck and ended up as fourth best male. 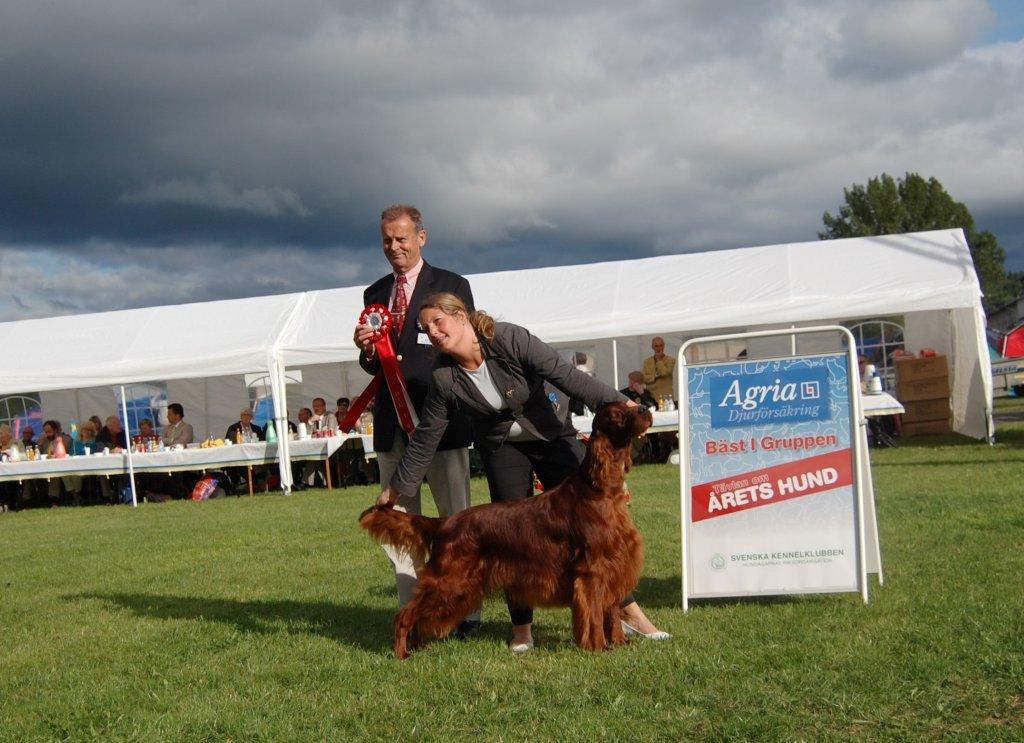 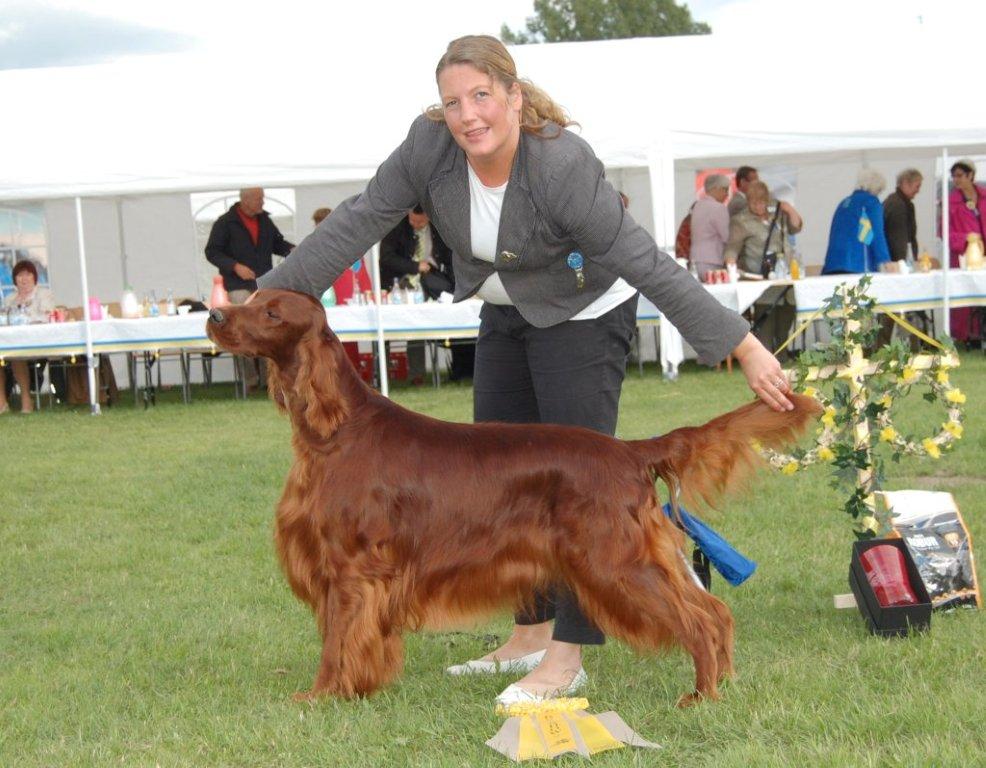 Chippen did make us all very proud by being placed in BIS. The English BIS judge, Brenda Banbury, gave him the third place in best in show final. What a lovely ending of a nice day!
The girls had a good day as well; Discovery´s Hope Of Love "Malva" won the junior class with ck and was third best female.
Our own Discovery´s Love At First Sight " Kizzy" was second in junior with Ck. Her sister "Greta" Discovery´s Love Story was in Sweden with her owners and today she was third in the same class. The older girls, Discovery´s A Little Bit of Love " Abbey" and Discovery´s Anna Pihl "Mejja" in the open class were placed as well. Abbey was fourth and Mejja was third and fifth best bitch. Oh I almost forgot about "Siofra" CIE VDHCH Nv-08 Kbhv-09 Brilliant Bronze Siofra Little Elf, out for the very first time after her babies which were 12 weeks at this time. Siofra won the champion class and was second best bitch! 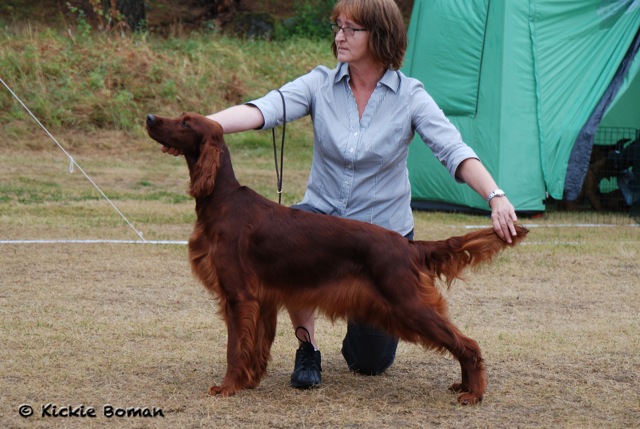 Only two photos were taken this day 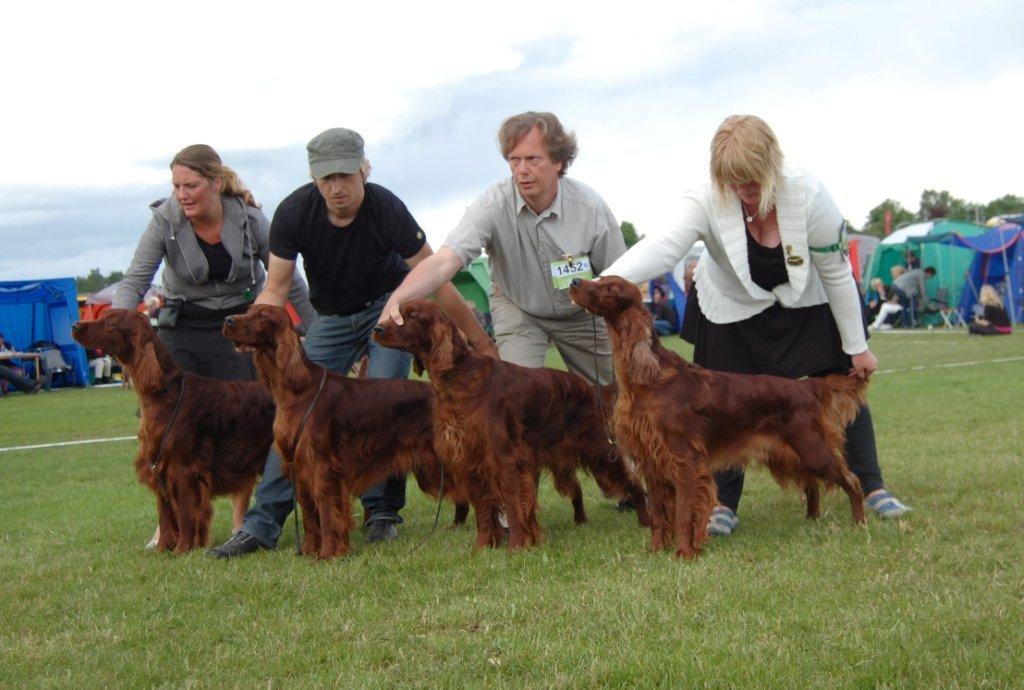 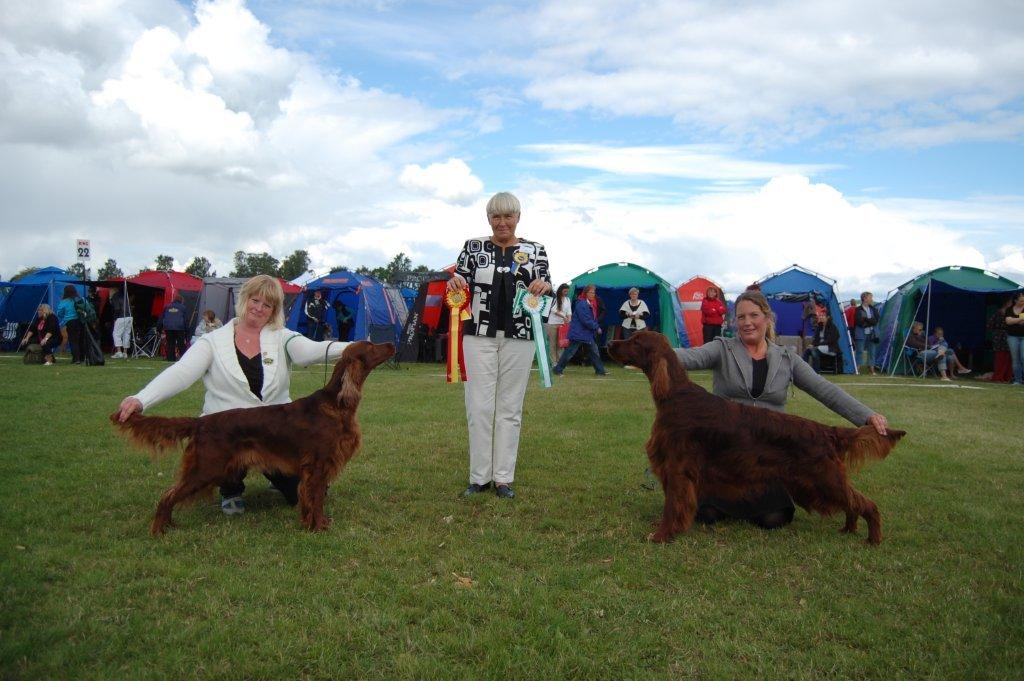 "Samsam" was best male with Cacib from interimidiate class. He and me had big problems in the competition of BOB cause best bitch our own "Abbey "was in season so.... not easy to run porperly, big thanks to the judge who really gave him the chance. Although a nice double! Abbey was second in group number seven under Mr Claudio Gulliano.

"Zero", third in the open class. 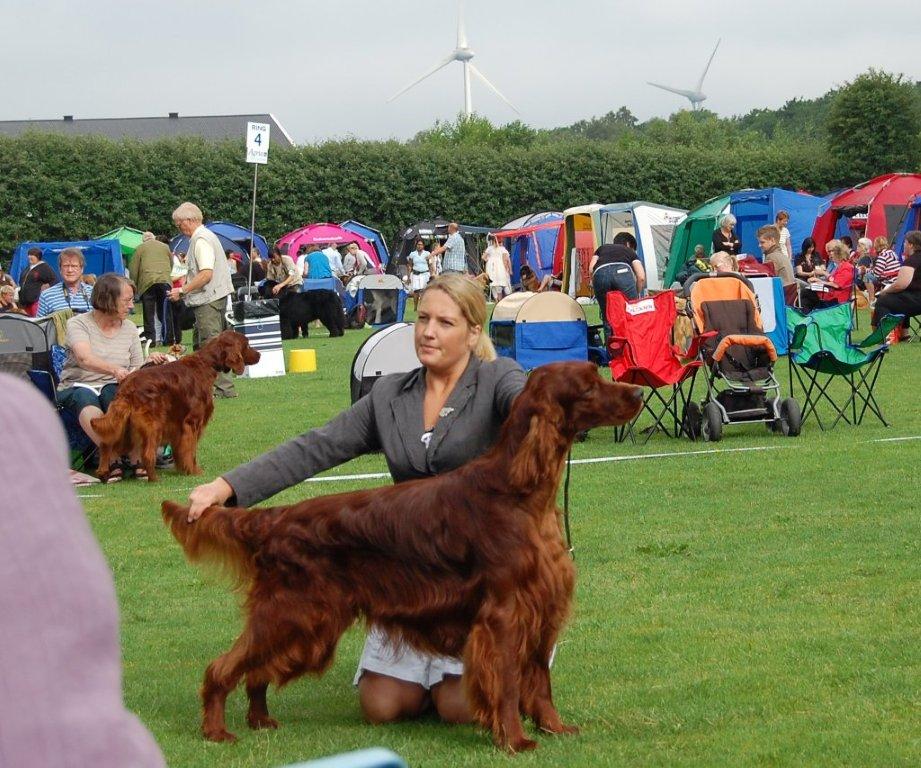 Discovery´s Hes Got It All "Cirrus" Best male 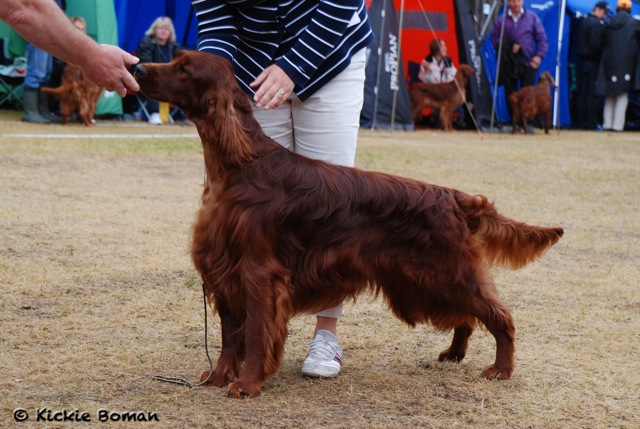 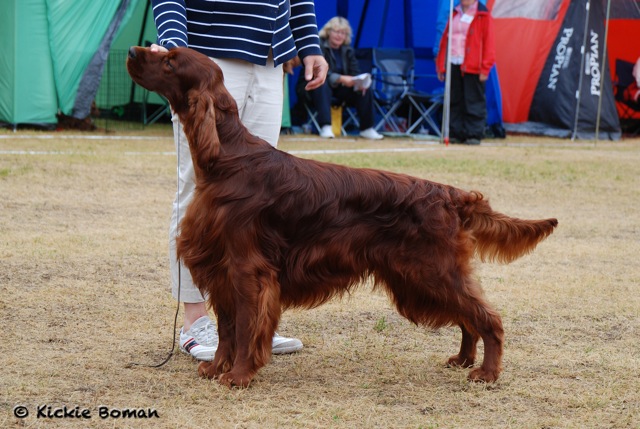 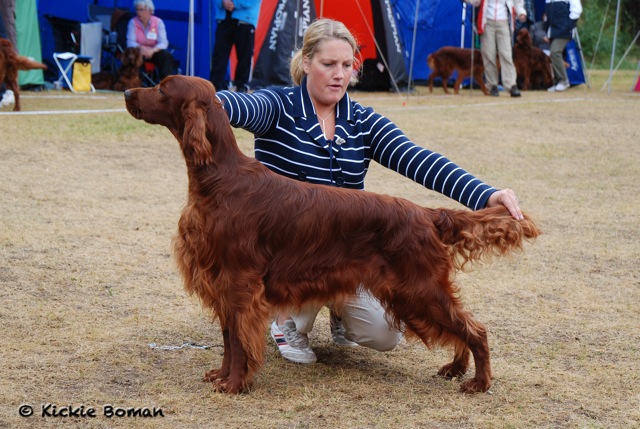 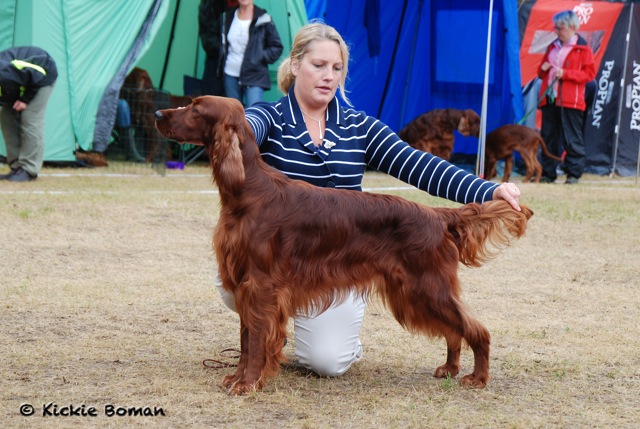 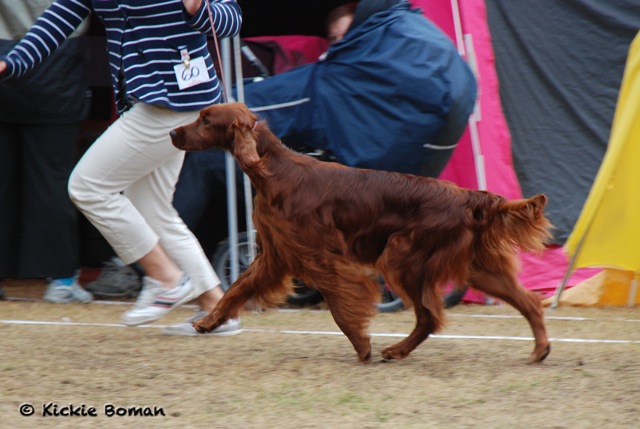 "Kizzy" on the move 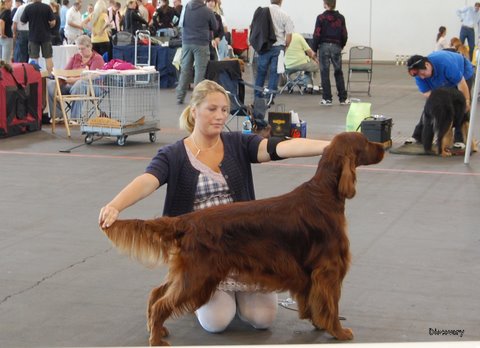 "Samsam" won his class and got his second ticket for the german champ.title. He also got the CACIB by being best male. BOB and BOG! 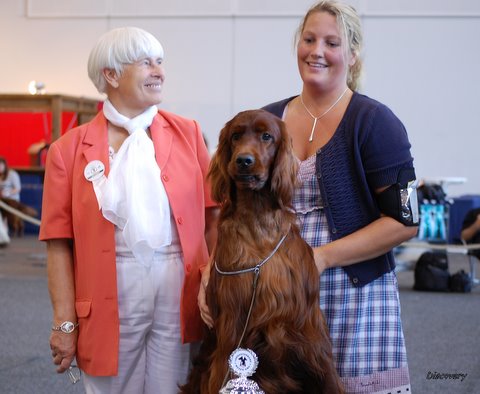 Samsam winning the group under the judge Mrs Hassi Assenmacher Feyel Dont we all look happy?!

"Kizzy,", Abbey, "Zero" and "Chippen" were all placed it their classes. 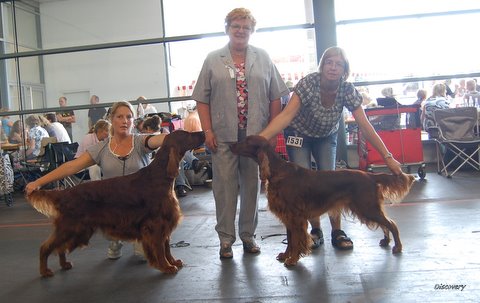 This day all the other dogs won their classes except Zero that was second after daddy Chippen. Poor Zero... 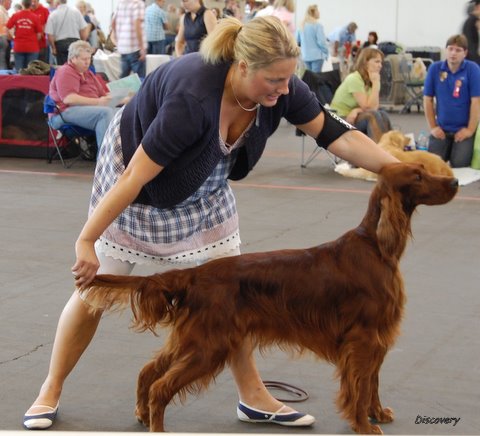 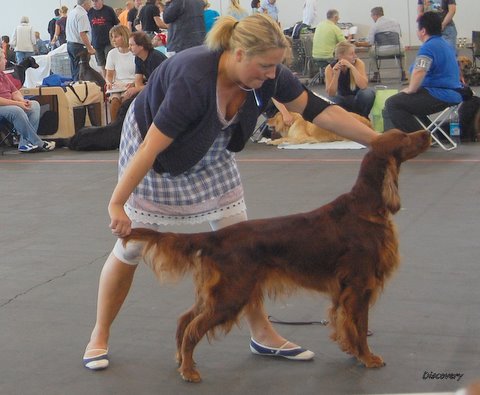 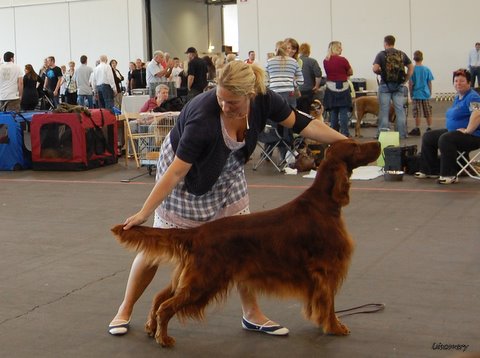 Just forgot a photo of Chippen, it is from Bremen!

Comment by Susan Mogony on August 4, 2010 at 9:35am
They all look gorgeous Jenny!!! Super results, congratulations!

Comment by Caroline Klebl on August 4, 2010 at 12:33pm
Herzlichen Glückwunsch

Comment by Myra Thomas-Rhodes on August 4, 2010 at 10:03pm
Super results for you, Jenny! Congratulations on a wonderful round of Summer shows.

Comment by Esther Siegrist on August 5, 2010 at 1:30am
Congratulation Jenny, you all had a very successful time! A big hug to lovelyboy Samsam :-) and Siofra.